Edit: Current state of the project: 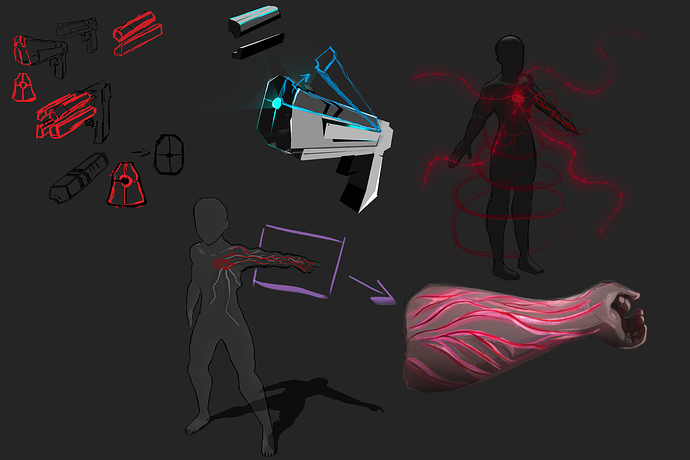 So for a day or two i couldn’t wrap my head around this subject but then suddenly some anime weapon transformation popped into my mind from Bleach. So the basic idea is to create some kind of weapon, which will transform before strike.

will update soon after i decided which way i go

Well, i spent waaaaay too much time sketching up stuff for my concept… i didn’t even started working on the effect yet… Past few weeks i was busy with my work.

Still even if i run out of time, i want to finish this…

here is some brief sketches made by Kriszti, a friend of mine, and then adjusted by me. 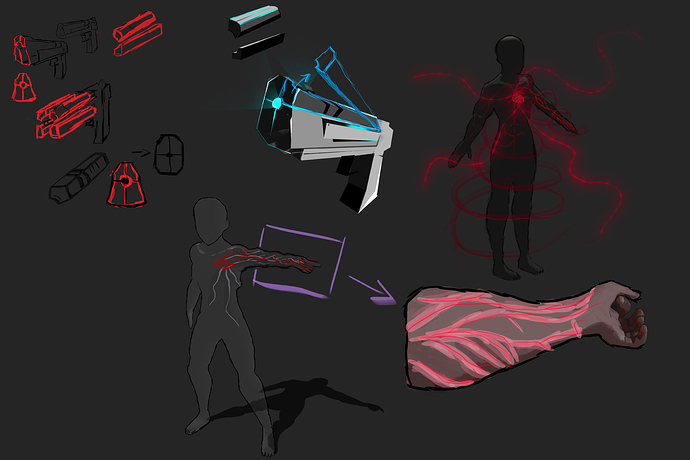 Started modelling some beveled curves in blender to the caracter. The idea is to use a shader and displace the vertices to make it look like the veins are pulsating.

The concept is getting clear. The idea is the user and weapon are both ‘living’ organisms living in symbiosis. When the user want to use the to it’s full power, it drains energy from the user, making both of them evolve into the ultimate weapon of destruction. 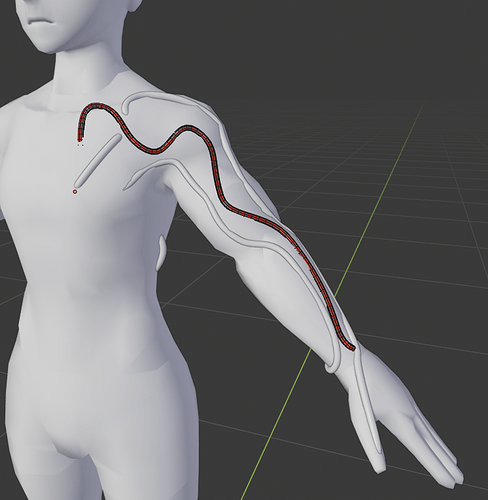 Alright, today i had like 30 min to work on this, so i UV-d one vein and jumped into unity to quickly prototype a shader to have a look and feel on how this will turn out. Pretty happy with it currently.

I’ll continue on this direction.

For the vertex offset i just offset a mask texture and multiply it with vertex normals then adding it to the vertex position.

I had another hour yesterday to work on this. Added some noise for variation and another texture for detailed veins. I detached the hand to get a separated mesh, but i realized it wasn’t the brightest idea… It looks pretty clunky now.

I’ll try to finish as much as i can in the weekend, so i can submit something that is at least acceptable.

that’s scare the hell out of me

Well, i had today another 3 hours to work on this, and it’s not nearly ready. With lots of mistiming, and misplaced effects, here is the final submission.

(Edit: 70% of the effects are in a placeholder state

i really wish i had more time to finish this)

I realized, it would be much better if the gun and the veins wouldn’t be there initiallly. This gonna help the effect to fit the theme (evolve) more. Will adjust it later. (just a note to myself)