From time to time I test stuff out or play with an idea. Sometimes something good comes out of it. Sometimes it does not. I figured these experiments could be interesting for others to see so I thought I could share some of my tinkering.

To start off, something I was playing with today. I was looking into ways of generating thresholdmaps for custom/complicated meshes and this turned into something weird. It’s creating a normalmap and spec on the fly as its going through the levels which is nice, but it would need a lot more love before it’s anything pretty. It’s interesting though, so hopefully I’ll play with it soon again. I didn’t really have a goal in mind. It was more of a “Hmm… I wonder if I could do it this way” sort of thing.

Here’s the map that came out of it: 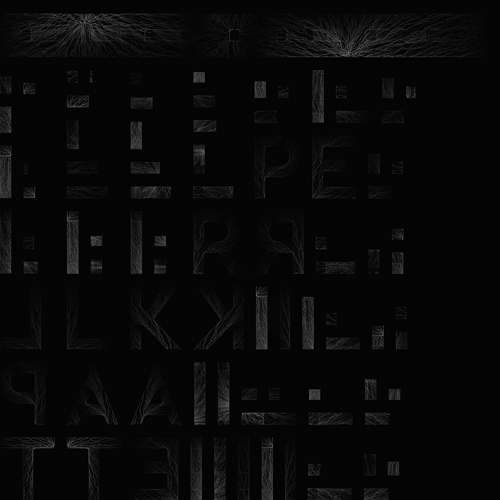 Not bad, I’ve tried this one a few times, gives some nice results (and perhaps the padding would help).
http://sebastien.hillaire.free.fr/index.php?option=com_content&view=article&id=70&Itemid=104
(Although I’ve avoided using the 1D texture for animation).

Something that started out as a test for how to generate crater textures turned into some kind of procedural cratermaker. Could be good to generate meshes or textures from when it’s finished. Could possibly also bring it in to Unreal as a Houdini Engine asset. There’s still much left to do, like make proper highres versions, UVs textures and so on. But it was a fun project. Hopefully I’ll get some time to continue working on it soon.

Well. I started working on something I was going to use in game, then I ran across an amazing tutorial and got some ideas. One thing led to another and I ended up with a rather fancy looking freezeray effect!

Now, to get back to what I was doing.

Got inspired by the posts in “What do you want to learn this year” so I put this quick test together. Quite useful to create a texture to use as a base for a handdrawn texture.

Wow this is super cool!!

I got some more ideas and added some extra functionality.
Now it can also soften the edges to make it more cartoony and pinch the center for more of a shockwave feel.

very cool! it can be paired with a bevel/emboss to make the illusion of depth for iso games. future functions i’m imagining the ability to scrub between glassy shatter, earthy tectonics and spider web like symmetry vs asymmetry.

Yeah, the ability to make glass shatter and webs are on the list of things to do.

It’s already using tickness and bevel, but it’s not visible in the top down shot.

This gif shows the thickness and some of the different patterns and functions I’ve got going on now.

Got inspired by all the talk about the new Lego movie, that I had to set up a legobrick asset. I have some ideas where I might take this.
Here’s a quick testrender 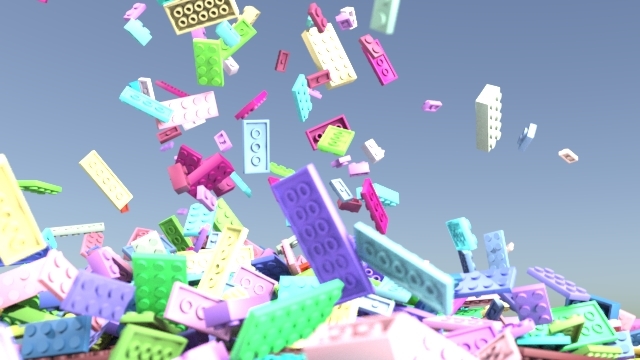 Another evening doodle in popcorn. Can’t effing wait for Guardians of the galaxy 2

your first post have reminded me silent hill 3 https://www.youtube.com/watch?v=tkYtflr1KsM

Honestly, I am disappointed there is no dance off before the effect Partikel…

Looks really cool! I’ve never worked with Popcorn before, do these effects transfer well to game engines or is there a lot of hassle with it?

Forgot to record my sick moves…

One of the things that kind of deferred me from exclusively using Popcorn was its workflow. Not TOO bad of a hassle to get it setup with a project (in Unity- and I ALWAYS have to refer back to wiki to do it). After that it’s like Partikel said, just need to hit export and it updates in engine. But you also have to be in play mode to see the effect. That may not seem terrible, but those few extra steps/10’s of seconds between the final look of the effect in context of the engine environment and where you iterate add up, especially when it’s just something small like a value change. Not to mention certain things like lights and post processing don’t always transfer and don’t give you a 1 to 1 look.

Don’t get me wrong, I’m a fan. But now I reserve it only for behavior I can’t get in Unity. Unity has been doing a lot with its particle systems and is closing that gap though. I’m not as familiar with Unreal but I imagine there’d be similar issues.

The one thing I notice about the icicles is that they grow with a flat leading edge. I think they could be more dangerous looking if they grew by leading point. You should share a napkin sketch of how it works.

To my eye it looks like you blur the wipe and mask, then create a normal map from the height info and do the rest with specularity. Or is that all geometry rendered out of houdini?

Also, your legos are missing the normal map for the logo.

Seeing this thread made me realize I forgot to post this a while back. It’s damn near realtime and since there’s been a surge of interest in Houdini, some of you might find this one interesting. Houdini Engine cable asset running in Unreal. It droops and collides with stuff so you only have to specify attachment points. It’s pretty nice to work with