R&D for a VFX Pipeline 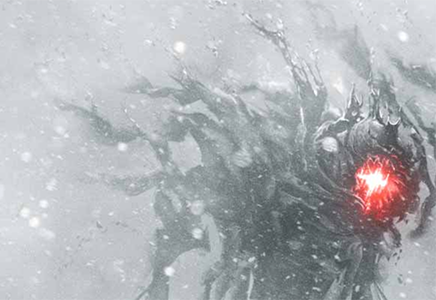 Our most recent featured job post from Black Forest Games has an interesting phrase in its job description: “R&D for a VFX pipeline - new tricks and techniques.” I’ve grown to love working in that space recently, and was curious how others approach it.

For those of you who have helped develop a pipeline from the ground-up, what sorts of experiences can you share? How do you approach testing new techniques and workflows? What bets were you making early on, and how did that change up until launch day?

to be specific this is R&D about scripting

Hey Torbach,
In this case R&D refers more to work which is directly effect related.
This can be an inovative technique to create a certain look.
Or it could be an approach to circumvent or push technical boundaries.

Would love to hear how epic approached it with Paragon and Fortnite.
While with Fortnite I assume the general established style had a much more important role, I assume with Paragon it was much more a search and attempt approach.
I cant be sure, I am stating that after going over all the paragon related effects, a lot of it isnt just general knowledge applied, but iteration on iteration. (thats how it feels for me at least)

I generally like to use the start of a project to see what’s new out there and research and test as much techniques as possible. Right now in Unreal the newest fad is Niagara, so that will be a completely new thing and it will take months until a proper set-up is done, so I probably won’t use it much.

But in terms of RnD, I personally look at other people’s work, also other mediums as well and try to see if I can recreate it somehow, tweak shaders, look at new functions, etc. To be fair a lot of those things drop at some point, because they just don’t seem to fit with some of the other things and I don’t really have something “groundbreaking” or “new” - just iterations of various things. This actually relates to my question I posted on your VFX course, about techniques and approaches - that always seems to be the case. Unlike 2D where you just draw (not saying it’s easy, but it’s obviously just drawn), here it’s like “Oh, this is awesome…how is it done???”

But it really depends how heavy the game is on VFX. I think that one of the heaviest VFX depended games was Infamous Second Son - if you look at the amount of work of technical tools they made, it’s really crazy.

I think they had a write up or something about how they developed their tools etc especially for the neon power and smoke power.

This session will cover the processes behind the visual effects development of inFAMOUS: Second Son, from breakdowns of specific effects to discussions of our tools and workflow. We will discuss the challenges of creating a diverse set of visual...

Think thats the one.