seems cool! Shader forge may blow it out of the water. looks like they are just getting started.

but these guys have always made super solid unity plugins!

it all comes down to the price tag then

shaderforge vs amplify = both look with familiar workflow and good results

The main difference between Shader Forge and Amplify Shader (apart from being fairly new and missing some useful features) is as far as I know Amplify’s solution is built on top of Unity’s surface shaders. This is nice because it means visual parity with Unity’s built in standard materials, but means it has the same limitations as surface shaders, and means it inherits the surface shader bugs. For the vast majority of people this is likely going to be fine, and in some ways I prefer the fact this will make materials that can match the standard shader perfectly unlike Shader Forge, but it will also likely make less optimized shaders than Shader Forge can (because Surface Shaders tend to be bulky), and as of yet it doesn’t look like there’s a way to do unlit shaders or image effect shaders with Amplify…

Thank you for the plug, we were not aware of this forum but we will keep an eye out for updates.

Just a quick note - The Amplify Shader Editor is NOT solely based on Surface Shaders. While in BETA 2 you can create and extend Surface Shaders, upcoming versions will include dozens of additional shader types, custom lighting models. The main objective behind our editor is actually to provide something far more flexible, expandable and cutomizable than Shader Forge. In addition to that, we offer Full Source Code.

What kind of Unlit shader? We would be happy to provide a solution.

The Amplify Shader Editor is now officially out of BETA. As mentioned earlier, we are going to increase our Asset Store update frequency, you should start to see a noticeable difference in the upcoming days. The package available trough our website will continue to be updated regularly.

In addition to the improvements made in the last update, we would also like to take this opportunity to share the new Amplify Products Wiki page. The ASE section is currently the most complete, we will be adding additional information to all other products in the coming weeks. Be sure to check it out for an up-to-date node list, tutorials, a manual, and API Documentation.

Would like to know more about developing your own nodes? You can start learning more today by checking out the API Documentation WIP section.

Can you make shaders for particles and other VFX with different blend-modes on screen such as additive, multiply and blend-add etc? I can’t find any example of anyone doing such effects or using it together with Unity’s particle system.

You can make shaders with different blend modes but, unfortunately, not for particles yet. It will be available soon, stay tuned for upcoming updates.

Check out the latest content packs created with the Amplify Shader Editor. 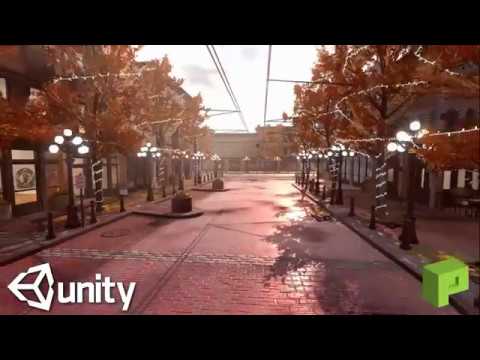 I’m very new to Unity but I thought Unity has something like this built-in already - or am I wrong? Coming from Unreal it seems I’m a bit pampered

Nope. Unity comes with pretty much nothing. No nodes as far as the eye can see.

TryUnity only has a node based editor for their animation state machine system, Mecanim. They hired a guy who wrote one of if not the first node based shader editors* (strumpy shader editor) some 5-6 years ago which people expected would lead to it being integrated… but instead the asset was abandoned.

Oh! I had no idea about Mechanim. Haven’t poked in that area yet

It would be nice to have a plugin that changes Shuriken so that it includes control over properties defined in the shader.

I often find myself plugging different vertex color channels instead, because that’s pretty much the only property that we can change and control through Shuriken.

For example, I created a smoke shader in which Red channel defines my tiling texture’s initial offset. Blue controls the tiling speed of one of the textures inside the shader and Green controls something else.

Because of this, I can no longer use the vertex color to control the color itself, so if there was a way to expose properties and have it accessible/animatable in Shuriken, and I think Unreal does it, that would be wonderful and that would be my cue for switching from Shader Forge to Amplify Shader.

They added this feature in Unity 5.5 and in 5.6 they expanded the functionality.

You can feed your shader with a lot of particle data. The whole list is available here:

But what you are really interested in are these two

They work more or less like Unreal’s Dynamic Parameter. You do whatever you want with this data in you shader and in Shuriken you control the data with either numeric values, curves, color or gradient.

Thanks Michal! I didn’t realize it was there.

And the recently released Standard Particle Shader has a custom material editor that updates the particle system for you.
https://forum.unity3d.com/threads/release-standard-particle-shader.461938/