Hey everyone! I have lurked for about a week or so, but finally decided to join and contribute. Attached is a video of my first VFX. This one is done entirely in Maya. I am going to start using unreal but am kind of lost on where to start and what type of project to do. Would love some feedback on what you guys found helpful when you started to learn unreal.

Let me know what I could do to improve this guy! : 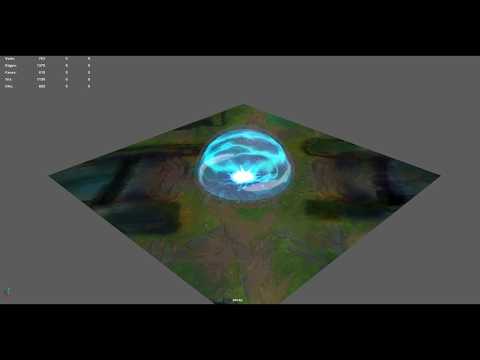 It’s a bit tricky to tell what the area of effect is since the initial circle on the ground is smaller than the sphere. maybe fade out/disolve the sphere real quick after it expands outside the radius of the circle.
Some games that won’t matter though.

one method to learn unreal is to think about your favorite games and your favorite art styles, then make a similar game. Of course most of the games you think about probably had large teams of experienced devs, so you also need to think about how to simplify the game significantly. If you don’t think it can be made in a couple weeks just write down the idea for later and come up with another idea.
As for learning vfx, save reference images of the things you like with pinterest or whatever. And don’t feel like you need to restrict yourself to ue4 tutorials, the effects made in unity and other game engines generally work the same in ue4.

Thanks for the tip Cel. I’ve known for a while I want to do a fire, water, earth and wind effect but haven’t been able to put it into context. If I try to replicate Final Fantasy or WoW spells I think they both can serve as a reference point.

@bohmartistry, your effect is good, but I think the timing bothers me. Everything happens way too fast I can’t process it. I would focus on the ‘anticipation’ aspect before the big explosion.

The pinned link at the top of the page has some great resources for learning, articles to read etc.

I would suggest the contests. For instance this month it’s shields. Draw, sketch or photobash what you want to make and then break it down into bite size parts. Build it up and problem solve the individual parts you need to make.

Awesome Feedback. Thank you! I will start working on a project.

Ooooh, I will check those out. That sounds like fun. Thanks!

The biggest thing that keeps catching my eye is the hard lines where your light ray mesh planes are intersecting the ground. In your material, add a DepthFade node to your opacity, with a parameter controlling the strength of the fade.