Hey all, a bit late to this sketch’s party, but there’s still plenty of time! I want to go for a more stylized look with this one. I’ll be pushing the textures a bit more but for now, here’s my first pass at the dragon’s breath.

here’s my first pass at the dragon’s breath

try to make the initial cone more dense, either another emitter for the first few meters or a mesh

@Torbach Made it a bit more dense all around and added some other embers that would be spewing from the mouth.

Thats good, In which tool you are working on it? I think the speed is little too fast here as a suggestion

It’s all done in Cascade in UE4

Looking cool! Have you tried adding a depthfade to the material to get rid of the hard edges against the ground?

I have not tried that actually…I always forget about the darn depth fades! I will tonight when I do a bit more tweaking. Thanks!

So for some reason I am still getting hard edges on the ground even with the depth fade on the material. Any thoughts on why this may be? I’ve tried playing with the fade distance from the default of 100 as well.

Is it an additive material? If so, apply the depthfade to the color as well. If you are still having problems, post a screenshot of the material and we’ll figure it out!

Sorry for the late reply, I wound up not having access to my computer for the past week so I haven’t been able to try anything.

I will take a whirl at it tonight. I am using two materials right now for the flame, one is a panning flame that is a translucent and the other is additive on top with no motion. I’ll post screenshots of the set up tonight. Still getting shader production down so bare with the probably extremely inefficient shader setup

Upped the intensity of the beginning of the flame a bit and added the depth fades in there as well.

Below are the material setups. 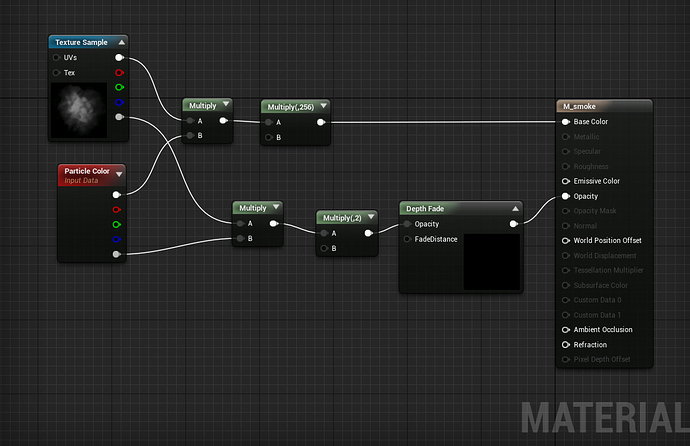 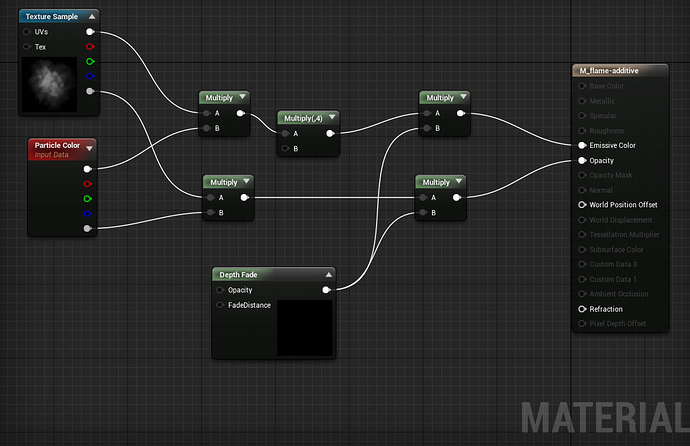 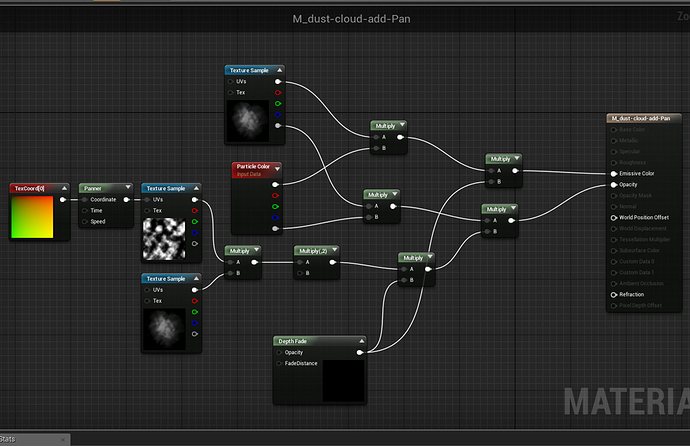 That is even better! Great effect!

Getting there! I think the fire feels a bit slow (should dissipate faster, and be more ferocious in motion). Checking out some flamethrower ref, you should try adding more upwards acceleration (heat rising).