Hi everyone! I’ve been working on a magic attack effect for a game and I’d love some feedback on how I can push it further. Since there are a few effects in the scene, the one I’m talking about is the blue one that the wizard summons (from his staff, hands, etc). There will be blue fireballs flying from his hands as well, but it’s just not happening in that shot. It just feels a little flat to me at the moment. 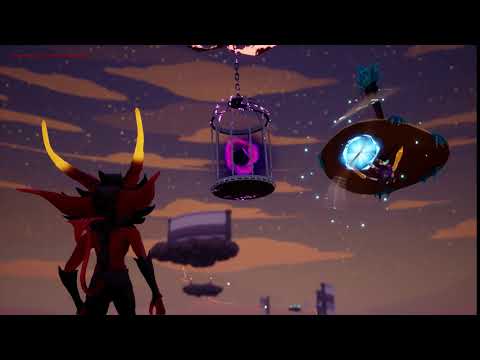 It’s still pretty early to tell anything really. Though there is one thing you could do to make the glow less flat.

Use a sphere with a Fresnel instead of a billboard, and also use some depth fade along with it. It could make a nice “passing through” effect as the sphere scales up through the character’s mesh.

To start I would add more contrast and build to the casting point and then release.

At the moment it’s visually confusing where to look. If you use directed motion towards the staff the player will know where to look. This could be contrast in brightness, shape language that you use and general motion.

Hmm that could be interesting. I’ll try that out and see what it looks like, thanks.

Cool I’ll try that, thanks