The bracelet finally has a use!

Made this energy field that blocks you from reaching the lootbox.

When you get close enough, you can disable it by activating the bracelet.

As you can see, I improved the bracelet animation too and I added a flare to the light source.

Love the moire pattern that appears in the borders while the spherical mask changes size!

To create the borders of the energy field, I used booleans in Blender to rapidly design a shape I liked.

Here are some tutorials made by Gleb Alexandrov, one of the most influent Blender gurus out there:

After retopologizing the mesh, I imported it to Unreal and created a material resembling the bracelet look, so the player knows these two objects are connected somehow.

This is the Energy Field material. It derives from the holographic material I created a while ago:

I made a Blueprint that handled the gameplay logic. After initializing itself by getting some references to other stuff, it keeps track of the player’s position and changes the Material Parameter Collection accordingly, so the Sphere Mask follows the player and drives other parameters such as color, emissive intensity, pixelation or UV tiling. 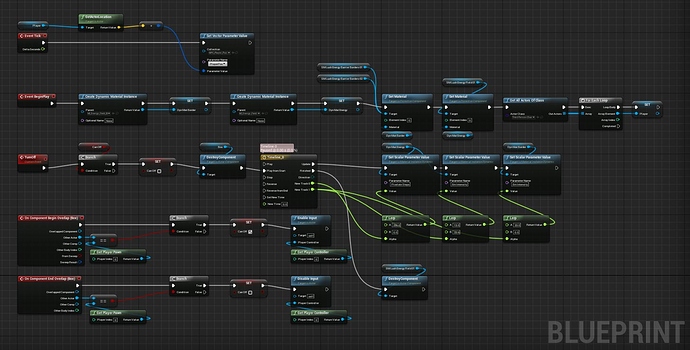 The Odradek Terrain Scanner allows the player to scan the environment to find the best possible loot out there. It doesn’t seem to be able to find any loot boxes… yet.

I’m using a Material Parameter Collection to reference the player’s position, so the Odradek knows where to begin scanning from. The scanner is done using a Post Process Material assigned to a Post Process Volume. It uses a sphere mask, so a “fake” radius can be defined from the player to X surface.

It is then lerping between an emissive color and the PostProcessInput0, since it is a Post Process Material and Scene Color is only available when the material domain is a surface.

The Odradek model and rig themselves are pretty simple. 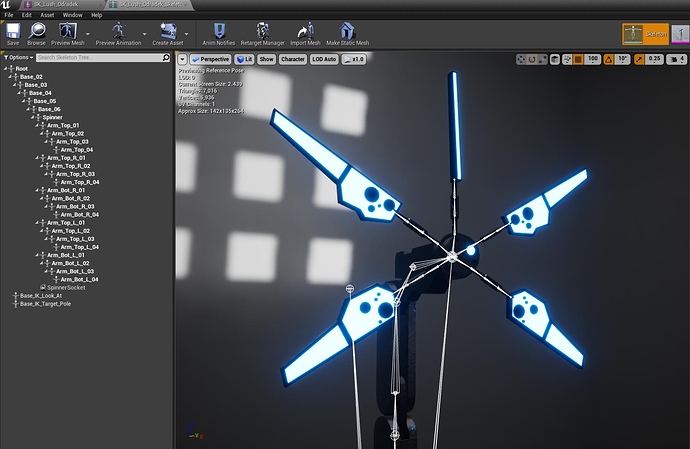 As for the material, I’m using Material Layer Blending. 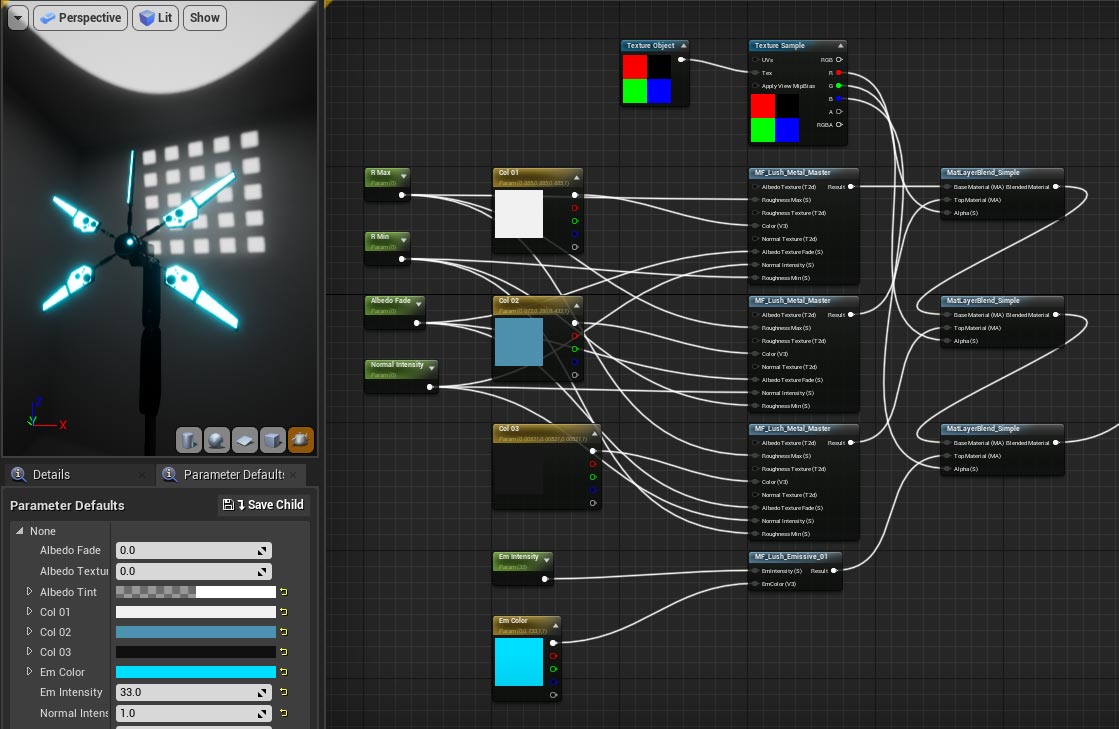 I also made a fast paced flickering “Danger” animation, which is activated only on some specific bones, so the base movement is kept while those emissive surfaces are moving on their own.

Oh! Seems like the Odradek found something dangerous… Wait… is that a…?

What a mad skillz man?! :DDDDDD

This organic loot box holds a valuable capsule inside its guts. You have to be brave and stand close enough for it to reveal what’s inside. 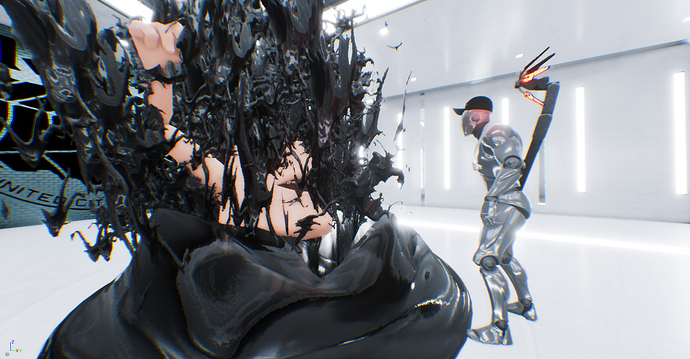 So, you decide to take a look. What was that? 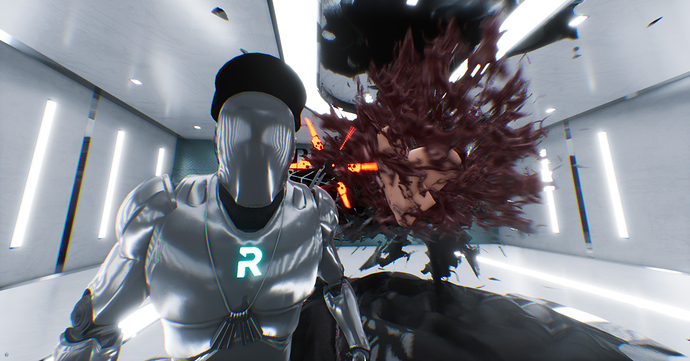 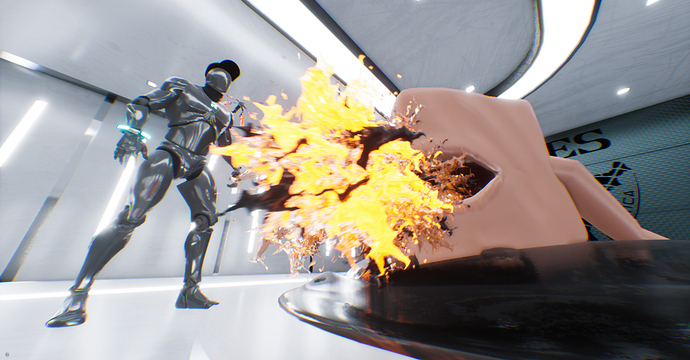 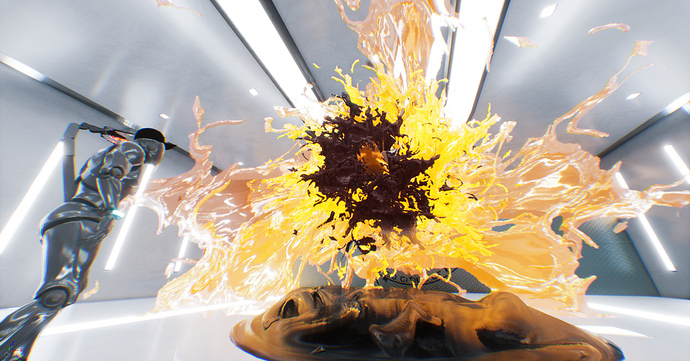 After witnessing a gruesome explosion, the capsule is still trapped inside a ball of goo! Roll and shake the ball until it explodes!

And bam! That’s how you get a brand new skin for your character.

So, let’s break this down!

The guts were made using a mesh following a curve in Blender. 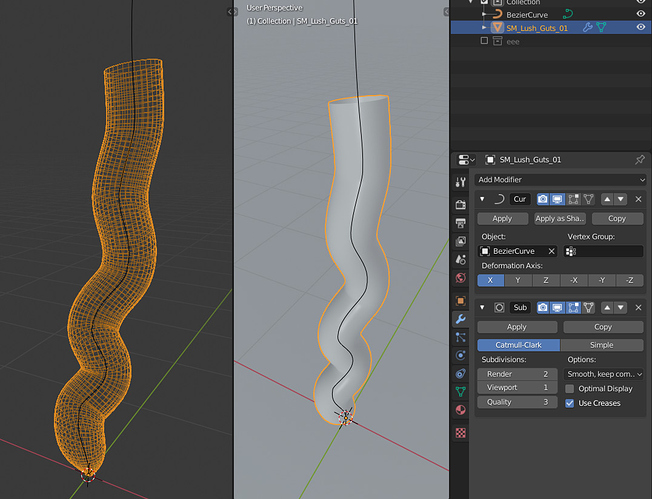 It has a fleshy looking material that uses displacement to convey a sense of organic movement. 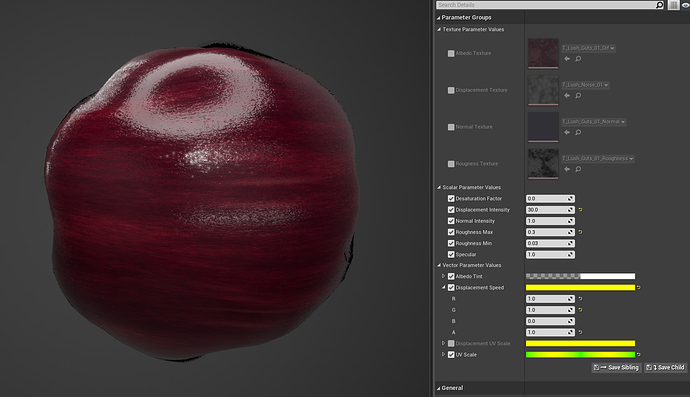 Using the Sequencer, a camera is animated following a spline through the guts. A shallow depth of field, chromatic aberration and a light attached to the front of the camera sells the “Esophagogastroduodenoscopy” look. 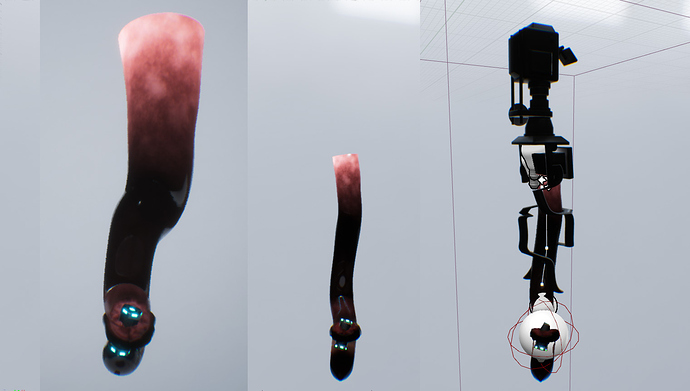 The strange dark goo fluid pool is just a mesh with an animated material instance that deforms the geometry to make it look like it’s reacting to the loot box. I wanted to keep it opaque as it conveys a denser look. Then, when the loot box appears, some Niagara Systems containing splash effects are being activated.

The loot box was modeled, rigged and animated using Blender.

Having a complex rig was key to animate each and every part of it.

I really liked the idea of making it twitch, it looked super creepy.

I took my time to animate some extra details and I gave it personality by animating some nervous tics.
Also, breaking the symettry made it feel way more “natural”. 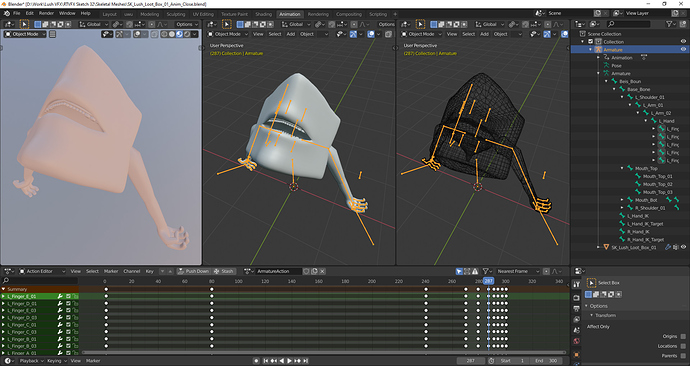 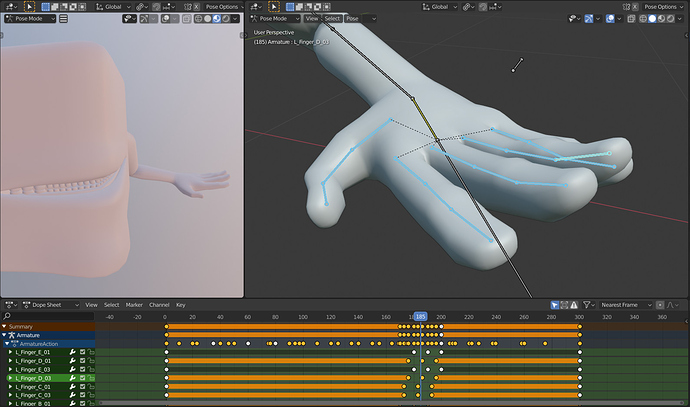 Fun fact! When the loot box explodes, you can see its fingers and its teeth flying away! 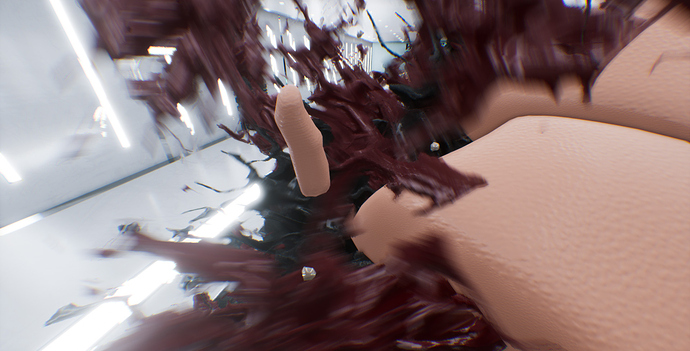 Had lots of fun creating this sketch! I learnt so much.

You see liquid splashes. A cube made out of flesh stands before you once again.

By the way, I’ll be more than happy to receive any kind of feedback!

This is overwhelmingly good. It’s kinda’ hard to critique this much given that you went SO FAR afield into the extra (100??) mile(s) to make such a fully featured representation of the challenge! The bar has been set higher and higher every time with these things! There’s like, 6 different techniques here that each by itself would have made for an awesome presentation. I’ve looked at the metaballs technique myself and said the same thing… ‘Eh, maybe another time…’ and slunk away intimidated. Maybe it’s time to give it a whirl with inspiration from you now!

Woah!! This submission is pretty mind-blowing for a Loot Box “sketch”! Such an amazing investment of time and effort to see your vision fulfilled and an impressive result, nice work!!

Thanks @kimber! I can’t stress enough how grateful I am to receive those kind of comments! Hearing that you got inspired made my day

Don’t forget to share whatever you end up creating!

Thanks for the kind words @ryvanc!

This is the actual loot box concept. It was planned to have Norman Reedus’s beard. But then while creating it I felt like a hairless cube would feel even creepier. If you pay attention you’ll notice it doesn’t have a tongue neither!

Plus, the energy field was intented to be surrounding the dark fluid pool, but then I felt like it was too close to the loot box and I gave it more presence by making it into a completely separate element. 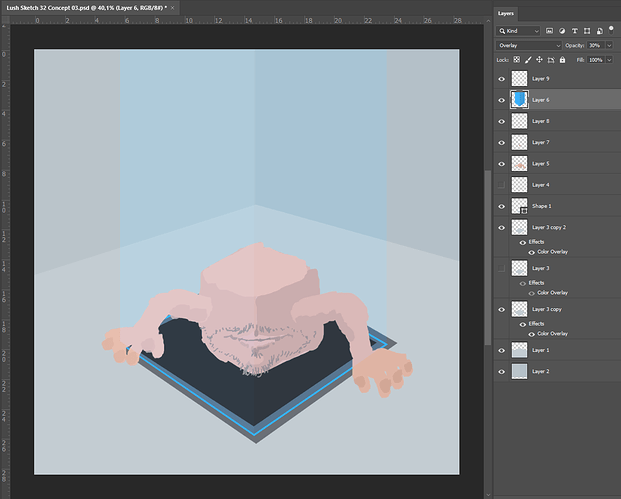 WASD to move.
Shift to run.
Space to jump.
E to activate the loot box sequence.
Z to use the Odradek.
Q to enable slowmo.
T to reset your skin.
1 to enable Norman Reedus face.
Left click to zoom in and out.
Middle mouse button / scrollwheel click to enable first person POV.
Right button to activate the bracelet.
Esc to quit. 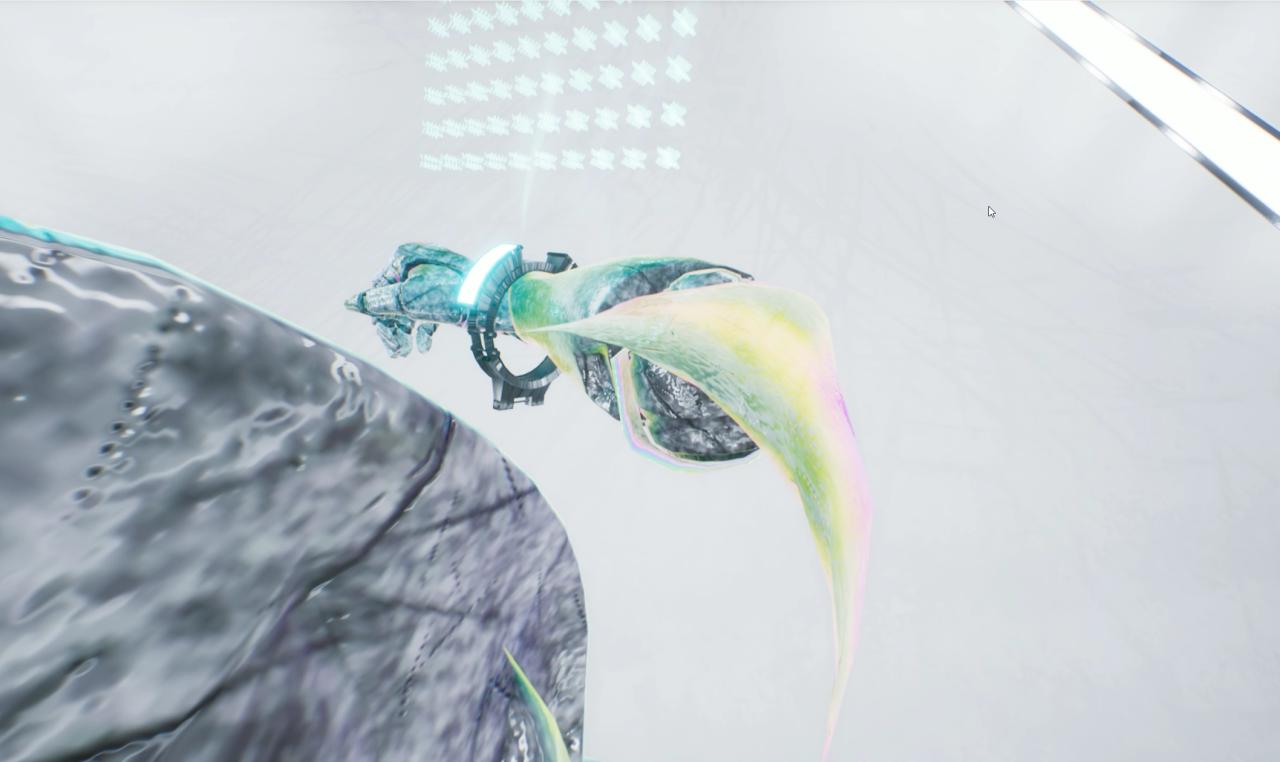 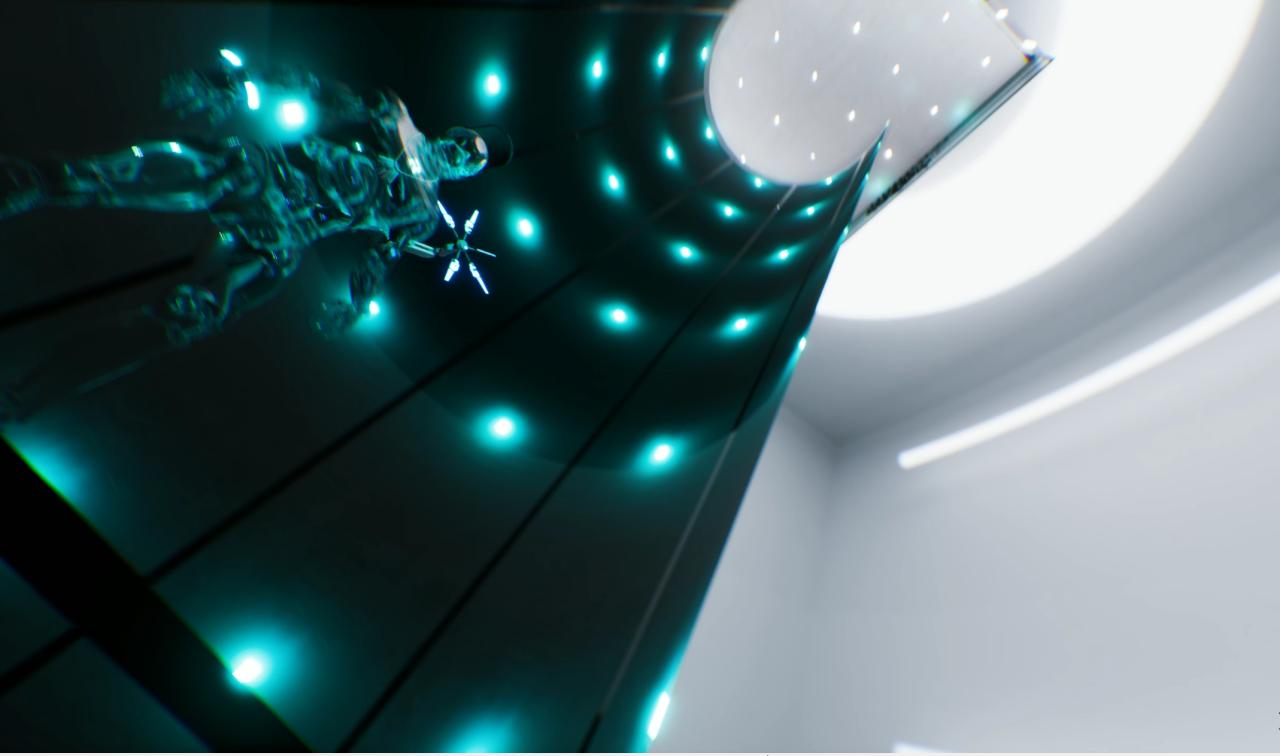 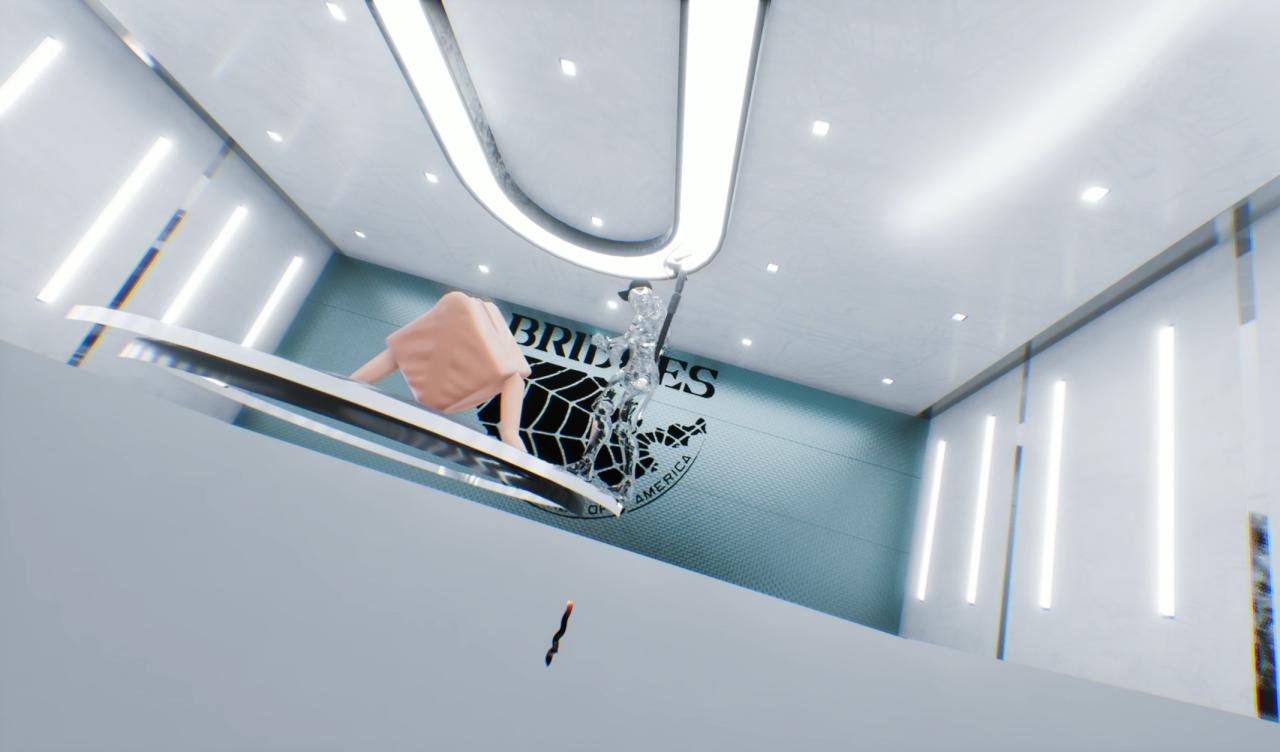 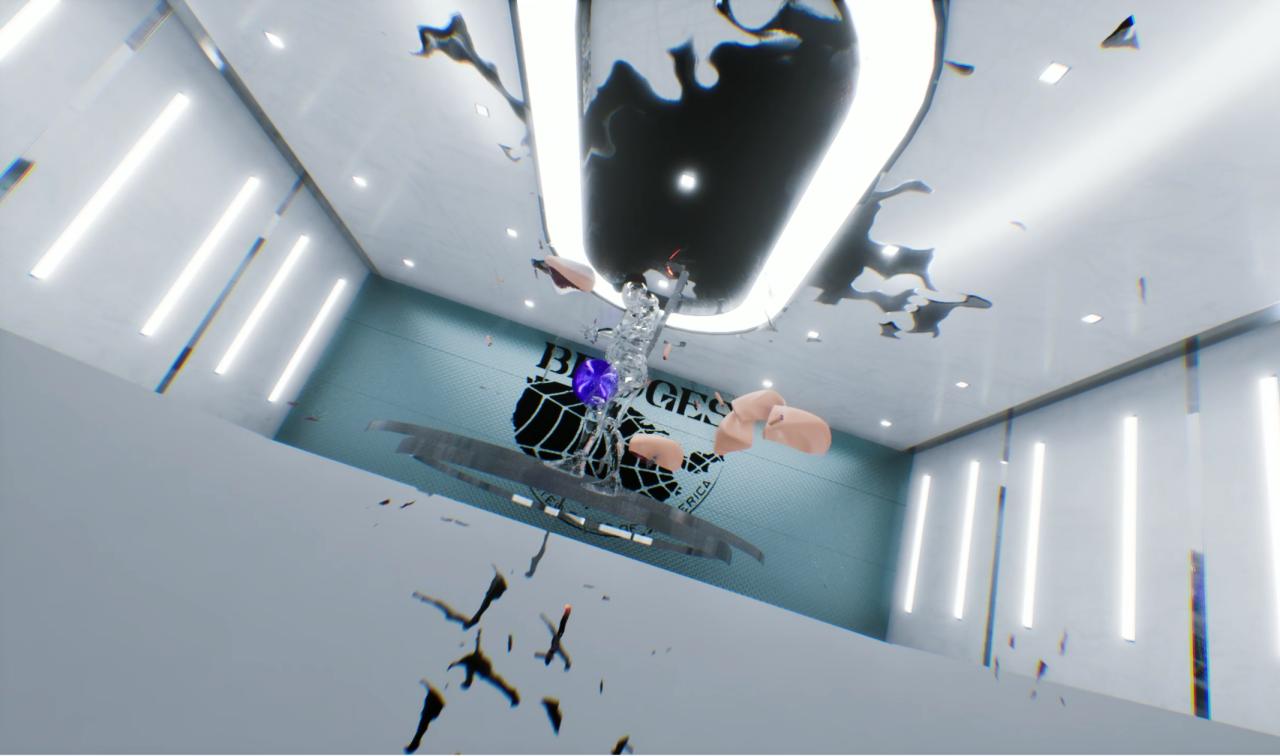 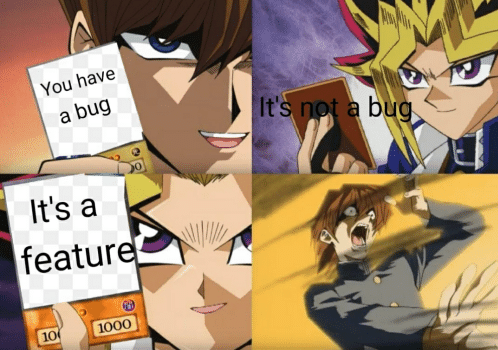 Thank you for pointing that out @Un1horn!

The bug had to do with the first person POV mode. By switching between third person and first person while rotating the camera, it was getting kinda funky due to a cool feature I’m using to get smooth camera movement: camera lag. You can enable that feature within a “Spring Arm” component. 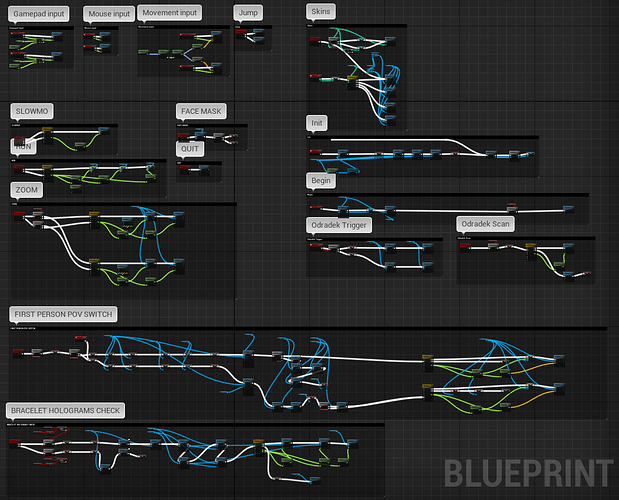 This is the Player Character Blueprint. At first I was like “hey I want this to be organized and clean” but it ended up looking like spaghetti yet once again.

Uploaded a new build with the camera bug fixed. Everything should be working properly now!

Hi!
First off i just want to say that i think the overall effect (or effects rather) are really amazing, mind blowing stuff!

I was just wondering if you wouldn’t mind elaborating a bit on how you did the emissive/normal baking of the particle system in Blender? I have no problems baking out images normally using blender, but for some reason i can’t get the particle systems to display on my bakes. It just shows up as an empty emissive or empty normal texture.

I’m hoping to move more and more of my current VFX workflow over to Blender as i’m overall so much more comfortable in blender.

I’ve sent you a DM! Check it out