Hey everyone, I recently graduated and finally have some time to myself again so I figured that I would start posting some of my personal work. I’ve seen several other people do this and figured I would give it a shot. I’ve also seen people’s personal work and sometimes it can be really helpful to see so I figured I might be able to help some other people out as well (Even though my knowledge is by NO means exhaustive lol).

So being a massive fan of the dark souls series and From Software I was super excited when the beta test for Elden Ring was goin on. Unfortunately I was still in college at the time and had almost no time to watch anything on it. But now since I’m graduated I figured that I would take a crack at recreating the sort of bonfire from Elden ring.

I ended up finally setting up some custom functions as well since this effect isn’t super complex and I needed to do that honestly. (I had been really putting it off)

I started off with making something that I could more precisely control the UV’s of a texture with. I wanted to be able to pan them as well as scale them on the two different axis’s. While I was working on it though I realized that I wanted to be able to change whether or not I wanted to use the standard time function and the particle relative time function. As well as being able to offset the texture without panning it continuously. I probably won’t use the plain offset very often but it’s better to have more switches to flip or boxes to check most of the time. just gives you options. 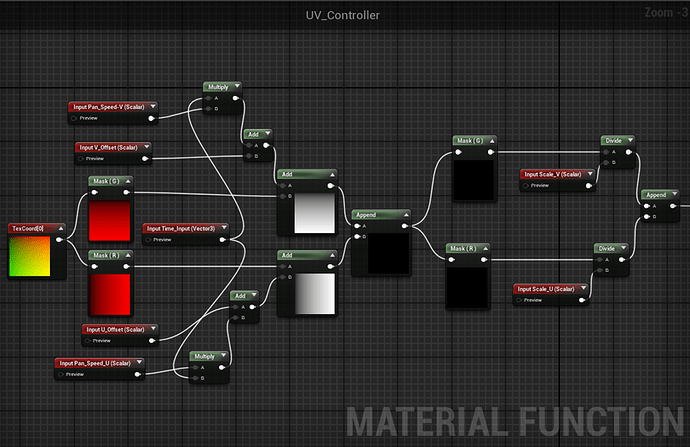 Since working on the ground part of the Elden Ring effect I realized I need to be able to soften the edges so that the mesh didn’t appear so harshly.
So I ended up making a function so that I could control how soft the edges of the texture were both vertically and horizontally. 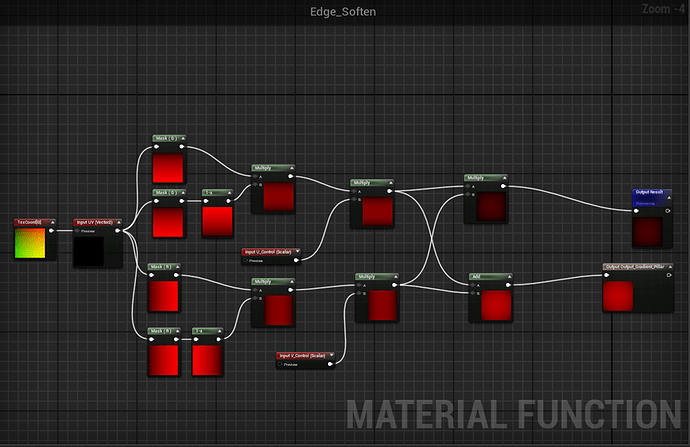 Oh just a quick side note if you wanted to use these or make your own custom functions for love of god and your own sanity please tick the expose to library box in the material editor when making your function. 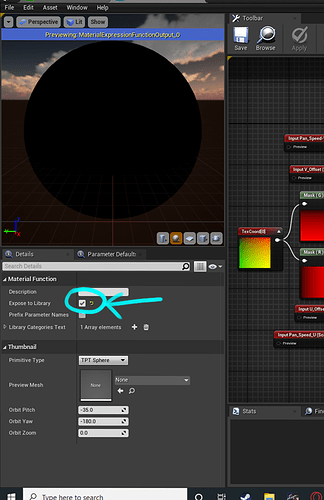 This will make it so that you can look up your function in the material editor. If you don’t this box you will not be able to look it up and will drive yourself crazy. Trust me I speak from experience lol.

After some messing around I was able to make some progress and get this.

So I actually finished effects a while back and forgot to post it whoops. Anyway I was pretty happy with how it turned out. Given that the references I had were from the beta and I didn’t have a ton of refence to work with It turned out pretty. Good of course now that Elden Ring is out I definitely could do it better but I’m still happy with it.

This was definitely an effect that made me apply a good amount of technical knowledge. So the wisp material is nothing special but the actual emitter in Niagara took a bit of figuring out. So in order to change the location that an effect is spawning over time you need to set a custom parameter and then get that to reference the location of the spawning emitter so that you can use a curve editor to move the spawning origin over the emitter’s life. I have my custom one named LOT (Location Over Time)(Shoutout out to Ben Ferlings for showing me how to do this). 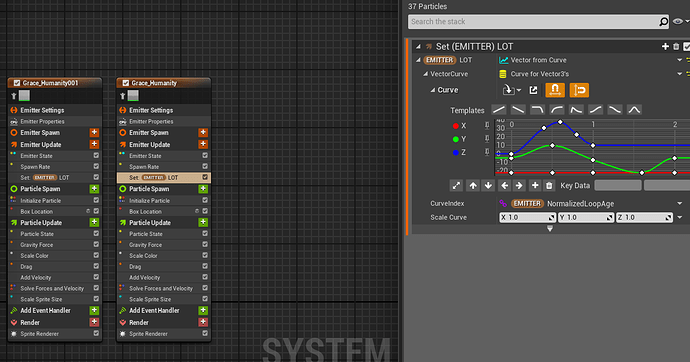 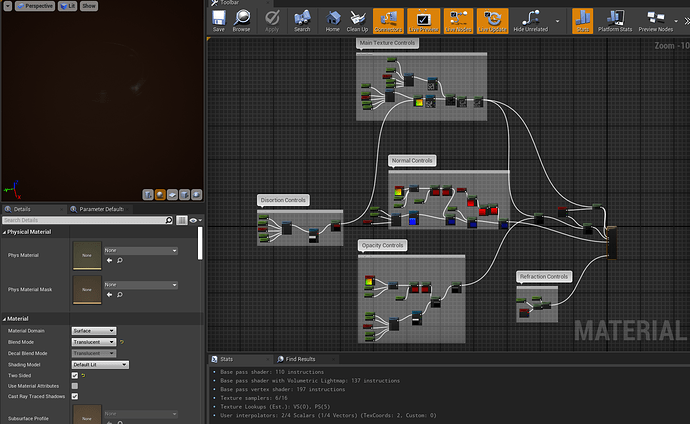 So the main texture control area is just too textures being multiplied against one another at different speeds on top of a flat circle mesh with straight UVs. So they travel outward. 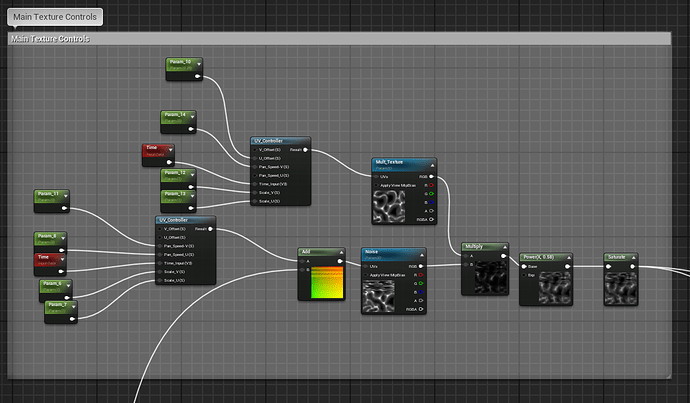 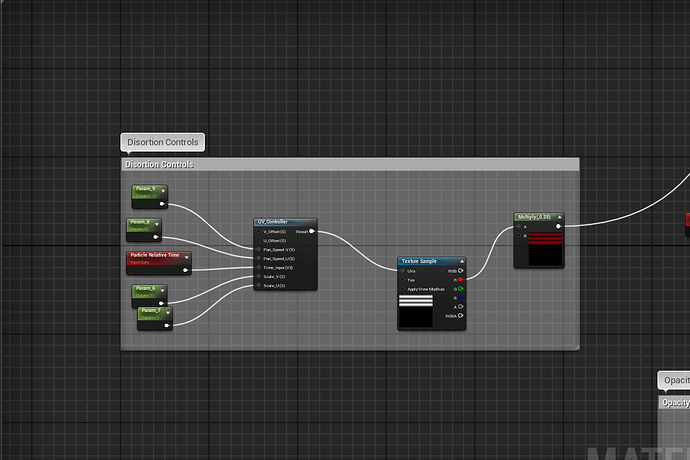 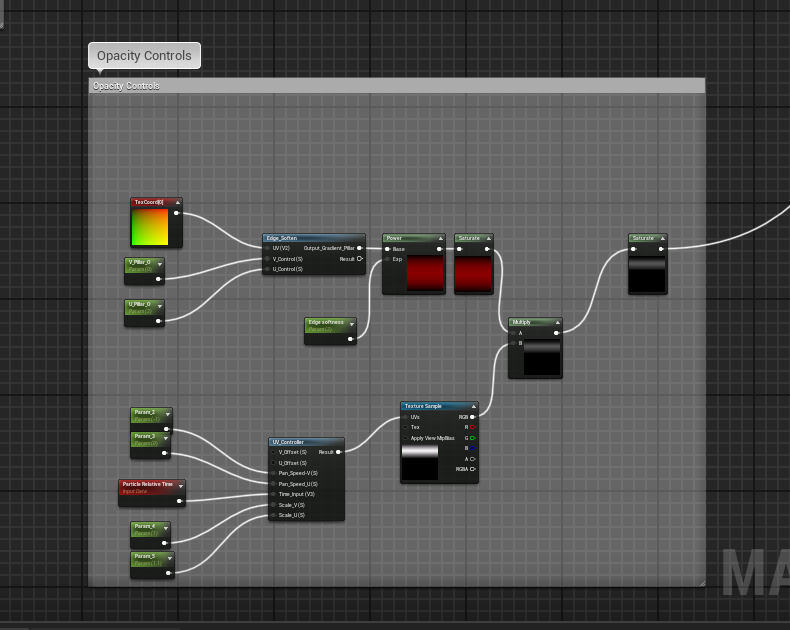 I also have a normal texture moving across the mesh as well to distort the actual shape of the mesh that also syncs up with the opacity and distortion.

I also have some refraction controls hooked up to a dynamic parameter so that I can control them in the emitter over it’s life. 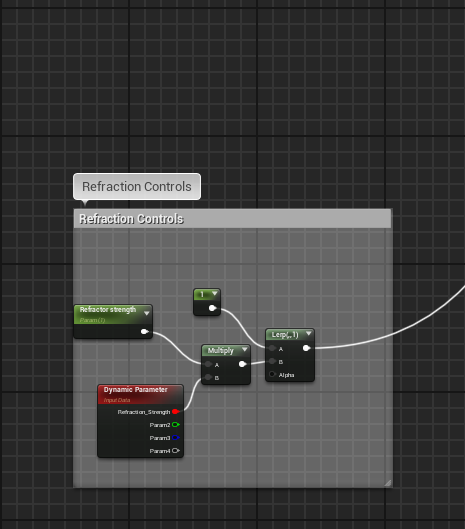 Like I said over all I was happy with the way that the effect came out. Just somehow forgot to post about it. But I should have something else to share in the near future with something else I am working on. But see you all for now.