Hi,
I’m working on a stylized fire for a game school-project but I’m having trouble to get it to loop since I don’t use transparency (which I guess would help, haven’t had any problems with looping effects for a few months now) for this effect.
I’ve done the effect in After Effects because I really dont want to hand-paint the fire, is there an easy way to make it loop in AE?

I assume u are using noise so, thats just 1 click btw. Just prerendered things… You will not use that in engine like that. 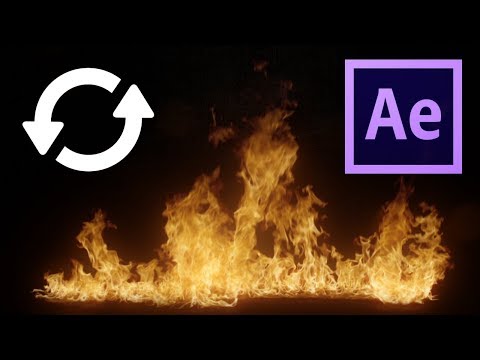 I used Trapcode Particular where I used the particle emitter to spawn spheres traveling upwards that masks out the flame.
Can’t find the tutorial I followed but what I did was spawn lots of white spheres to get a basic shape, then lots of black spheres on the sides moving upwards to mask it out so it animates.

And I need to render it out to a flipbook so I later on can use it particle effects etc ingame. I want a result similar to the flames in the kung fu panda movie, where they as far as I’ve understood used this technique. I guess it’s different when you do it for movies but I assume I somehow can get a proper flipbook from it for games too