Hello, I’m probably not going to end up completing this by the time the event is over, but I wanted to zbrush something and try houdini out for the first time. I’m not quite sure where I’m going to take this, maby an impact / explode or just an ignition. 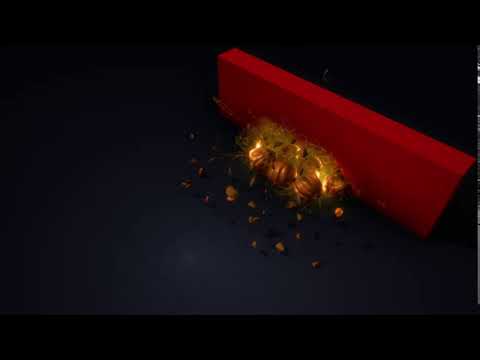 So I started with a sphere, modeled this head thing and added lights to the eyes/mouth 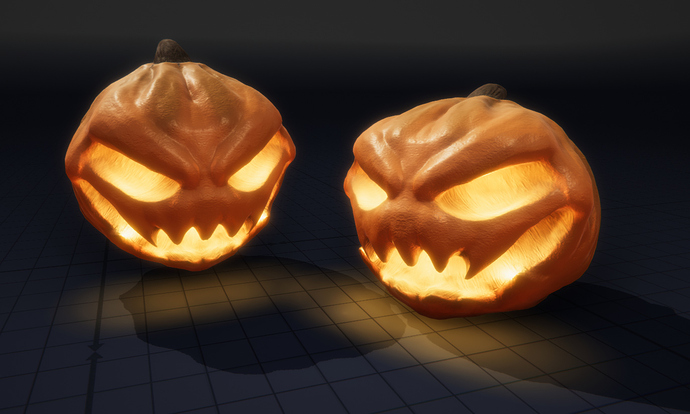 Then I made a fire Sprite sheet and put that onto some mesh for the eyes. I should probably simulate the beginning into separate sheets and blend them together with the sheet that loops, also have a stationary fire inside the eyes and separate sims per eye to break the repetitive look. 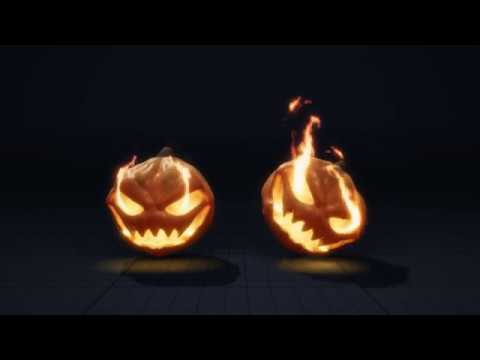 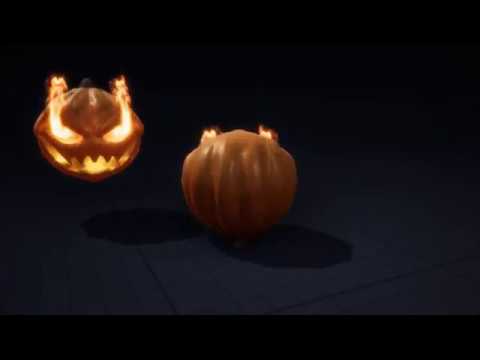 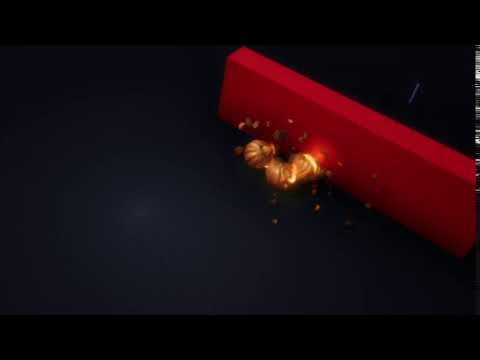 Looking good. Adding a timing offset to one of the 2 eye flame flipbooks with some additional smaller flames will help break the looping it has.

Hey Hyawatha, great feedback, I tried to do that by simulating 2 seperate flames and an inner eye, I don’t think it would matter too much if they are loopy, since they would be seen from afar regardless

I added some goo and I redone the fractured mesh to comply with the shape key I was satisfied with.