Hi, my take for the challenge is to recreate a mix of two old vfx packs I made;

This was my first pack based on Ice Skills

And this is my second pack based on Fire Skills

So I wanna try to make a Frozen ou Freezable (does this word exists?) Tornado.[Uploading:

First modeled and rigged a tornado shape with normalized uvs and started with a basic shader with separated values for fire and for frozen form; 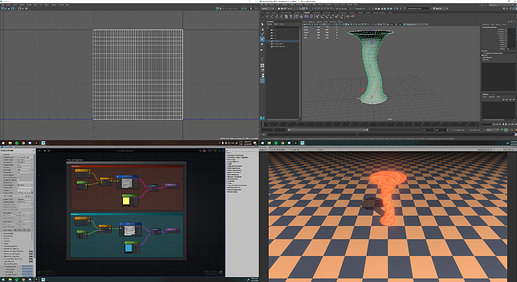 The result for a while

Added some complexity to the shader 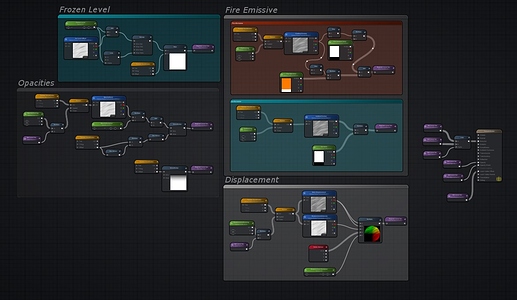 While adding more pieces with different sizes and positions I realized using UV position for the freezing effect wasnt the best option, so I changed to world position. 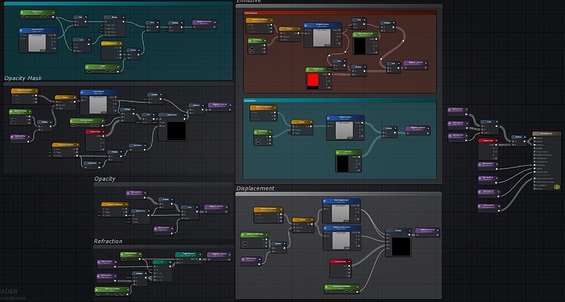 I would like to add some antecipation and dissipation, but unfortunately I decided too late to participate so I wont have time, maybe one day. Here’s my final result for the challenge:

Super clean breakdown of your workflow and awesome looking FX, I’d give this a 10/10 man, GJ!

love it although some more elements cloud be added like smoke or embers on transition line.

Nice work! What is this standard unity background material?

It came with Amplify Shader Editor, is called Calibration Floor

Found some time for polishing, including some feedbacks. Thanks Guys!

@igorodi First of all, this is really great where it is. I really like how the frozen part creeps up and the fire tornado continues to spin. My only critique, where I think you could add a bit more to the effect is to work on the frozen side a bit more. I really get the feeling this thing is a tornado transforming from fire to ice, I want to see vapor falling downward from the base, also a crack or two in the thinner parts at the edges (like an icicle falling) would also be next level. well done so far, I’m super Jelly of your skills =D

Also one other thing sorry. My professor use to say a castable VFX should also have a way into the world and out. So maybe the opener is it grows from a small to large fire tornado (that is its cast into the world, and then after it freezes maybe it shatters and that is where the cold vapor can be added. It shatters and disintegrates (dissipates?) as a heavy vapor out of existence. Of course if it is a stand alone effect for like a movie or animation (cut-scene) forget what I said I come from the gaming world =).

Hi @Strontium, thanks for the feedback, super interesting what you said about the frozen side, of course will be very useful. About the castable and dissipation part, it is a thing that I always think when doing vfx for the games I work on, but unfotunately I was lacking of time, but wanted so much participate, so focused more and only on the main part, but of course it would be super necessary if I was going to implement it on a game. All in all, thanks very much!