Here is my submission:

Hello!
Time for me to participate in a sketch!
I started working on this 2 days ago and made an interesting concept using the VFX Graph in Unity.
Here goes some screenshots:

Day1: Setting some sort of structure

I wanted to have a dropzone selection then a gate would open to teleport to it. 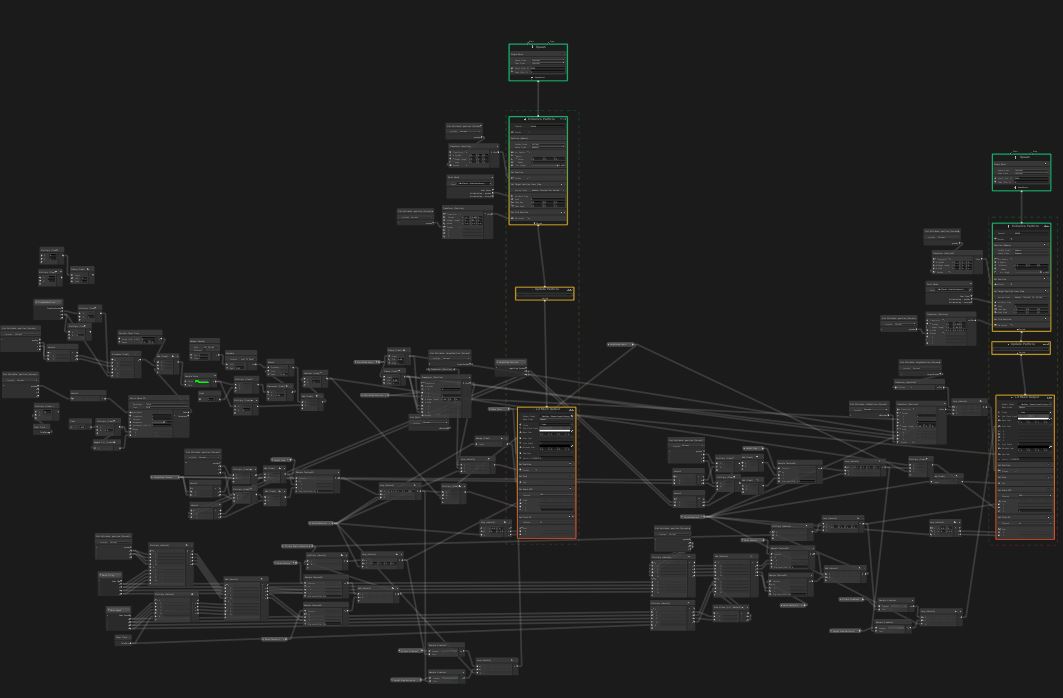 Day2: Worked on making an actual portal between the pillars. I also tried to link the portal to the pillars with cubes flying towards it and some very subtle trails.
I made a nice little shader for the portal and the galaxy behind it. 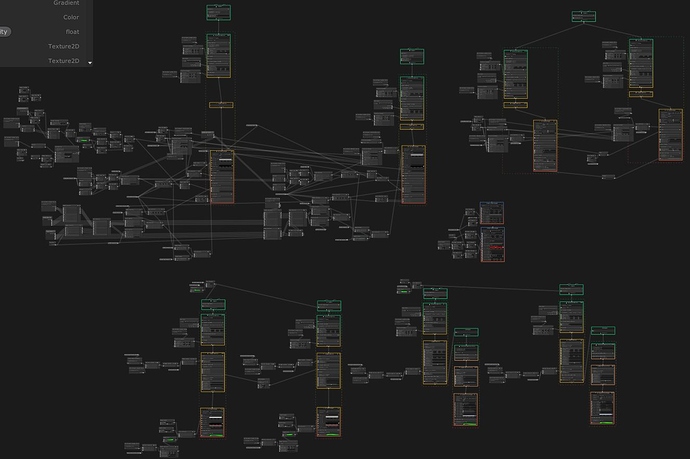 Day3: Today is all about adjusting values and setting the system up for animations and sequencing.

Ok, I’ve stopped counting the days.
BUT, theres some major update in this system.
I have been working in the animations and fixing some details.
I try to use as many techniques I have learned since I started using the VFX Graph like different outputs, strips, shader graphs, GPU events and many more.
I must say that it evolved into one pretty complex system but still a lot of fun to make!
Here’s what the graph looks like: 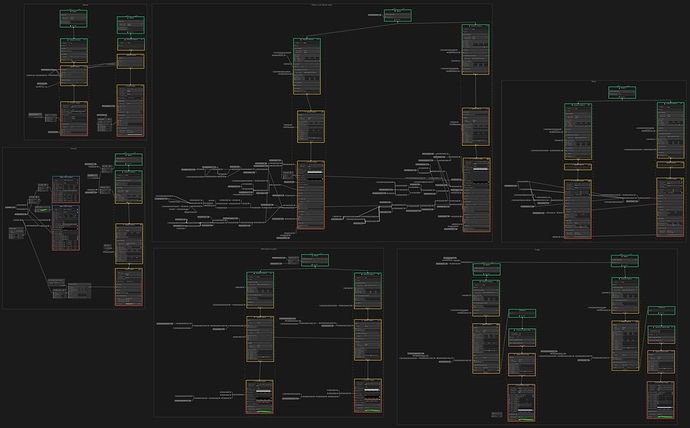 And here are my shaders: 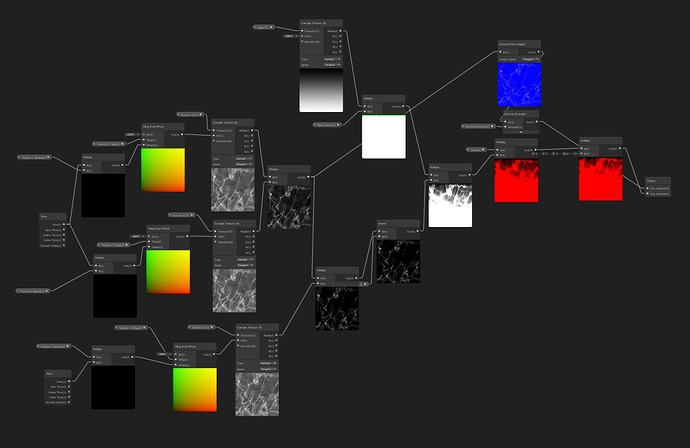 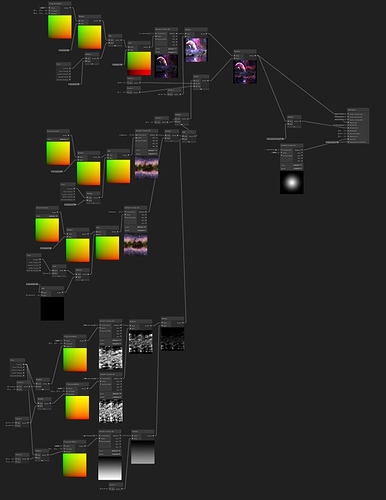 I went through a design iteration and changed the system.
I really love the state of the portal and I think it should be the main focus point and not the pillars.
So I removed them because I didn’t like them. I just could not make them look good enough for me and they felt out of place. Besides, the cube look didn’t satisfy me enough. So instead I made a solar system. It makes more sense to me that the portal is kind of zooming into a selected planet instead of zooming out after selecting our location. Here’s a shot of the system so far; although it’s not animated, you can see how it will work once I’m done figuring this out.

I used some resources from others;

Noise textures are from Luos’s free texture pack
For the cubes I used Keijiro Takahashi’s shader (you must go see his stuff on Twitter!): 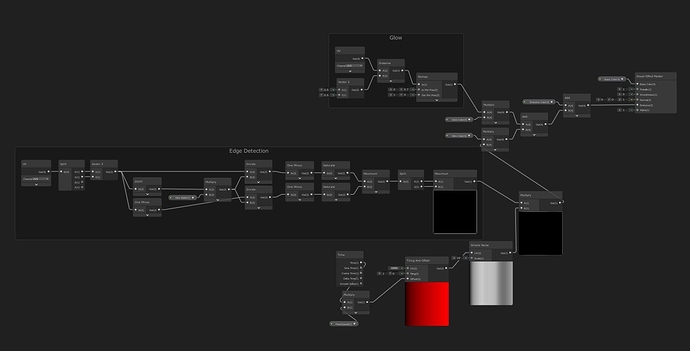 This is the last update for this vfx. It was challenging and fun! I didn’t want to make this a simple effect since I always try to learn some new stuff along the way. I think I succeeded for the learning part.
I think what I had most difficulty to achieve is finding the final design. It took a while before it felt right. I’m pretty happy with it right now. I think its way more coherent than what I had with the pillars at the beginning of this sketch.

Anyway, if anyone is interested in a small breakdown I would be happy to show you all.
Here’s some screenshots: 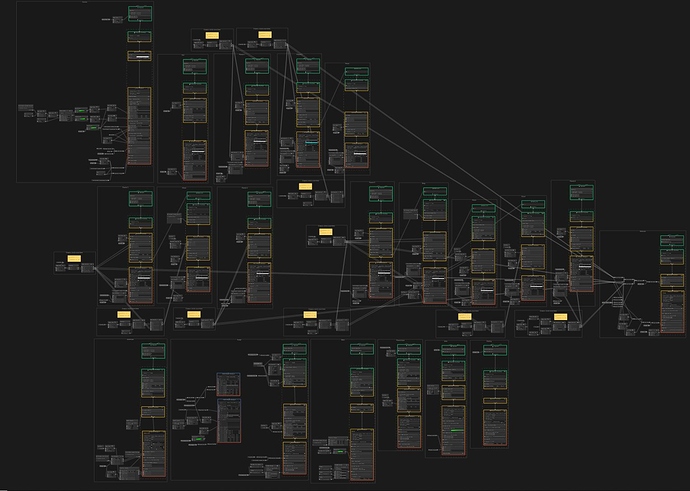 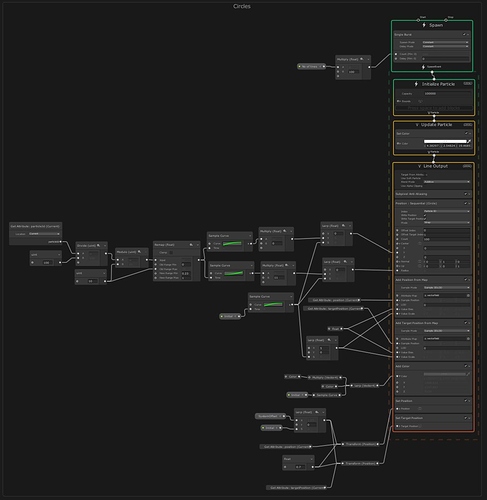 Example of 1 planet with orbiting moon:
The “DrawCircle” node is a subgraph containing the operation in the sticky note. 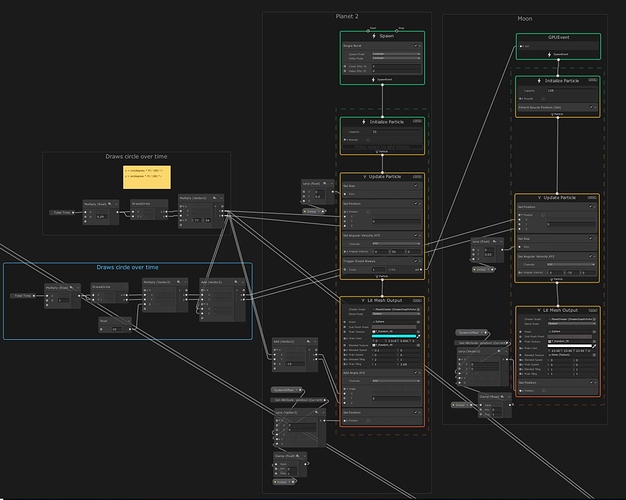 Static Mesh Outputs for portal:
This is where I control some of the properties of my shaders. 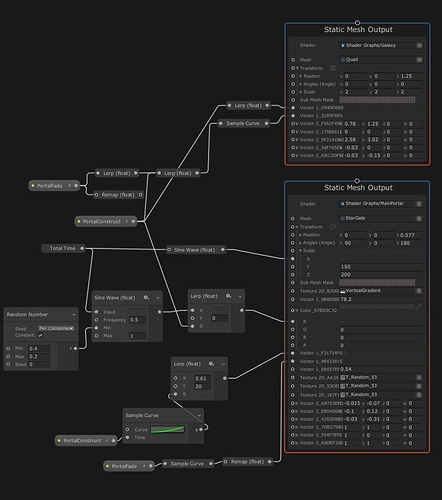 I made 2 shaders for this effect and they haven’t changed since I posted them above here.
I don’t use Keijiro’s shader anymore in this effect.