How can I make Chinese Dragon body moving? 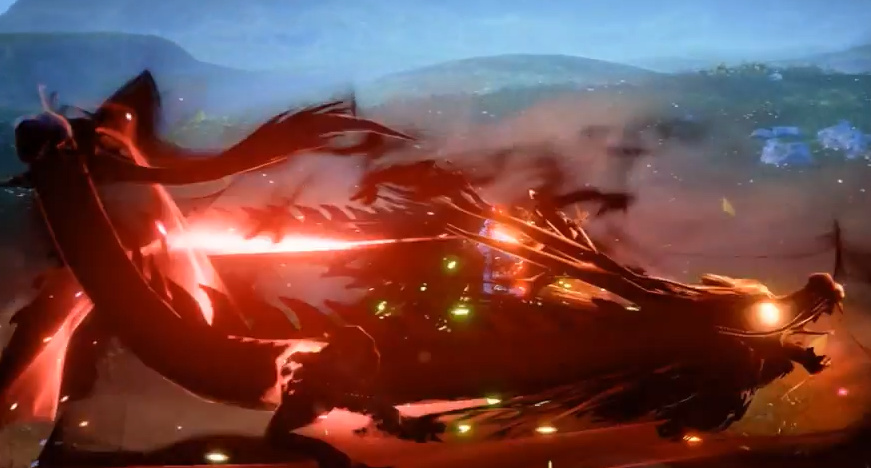 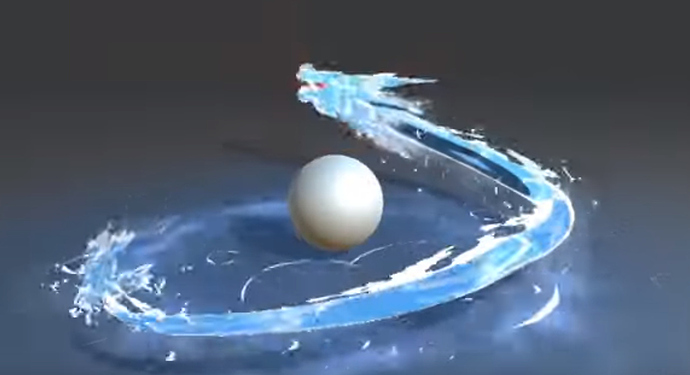 image1285×699 132 KB
Is it possible to make the movement of the dragon’s body after the head moving only the head? Yes, the body can be made using the trail, but I want to make a mesh(mesh-trail). Can I somehow do this without animating the whole body?
4 Likes
sonofbryce October 30, 2019, 1:35am #2

I haven’t done anything like this before, but it reminds me of how I did a “snake” game a long time ago.

The way I’m imagining it is a chain on the ground. If you grab one end and pull it in one direction, eventually each link will go in that direction.

And beyond that I imagine you could mix in some kinda vertical sin-wave movement to make it less “snake” like. My 2 cents! 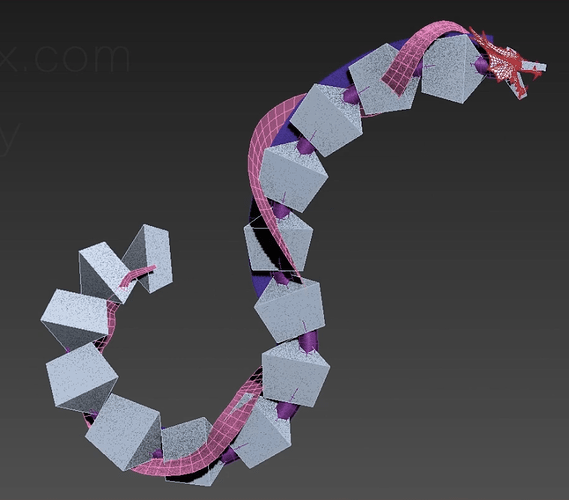 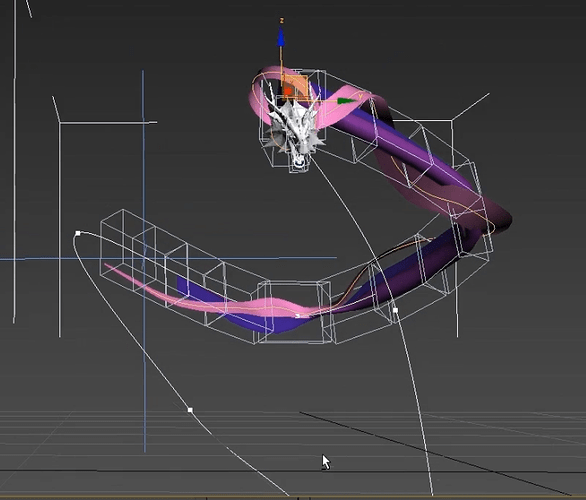 I did that in Blender with a different approach, making the mesh and then rigging it with a skeleton / armature.

You can use nulls or empties following the curve with an offset between them and then apply some bone constraints so the bones follow their position and orientation. Two nulls needed per each bone.

Once animated, you just bake the animation selecting all the bones following that spline or curve, and then keyframing position, scale and rotation manually for each keyframe. The head bones plus those extra “juice” or “feeler” bones can be keyframed to your liking.

Can’t really show the .blend file as it is owned by the company I’m currently working in.

If anybody has any doubts or questions on how to recreate this, feel free to ask hehehehehe

Thanks everyone for the answers, it will help me a lot

If you are using Niagara you should be able to write particle position+rotation into a render target and read that data inside material to apply deformation. You’d have to bake bone weights and indices into UVs. (https://twitter.com/RE_Evolution_X/status/1399361269396742151 sort of like this but should be a bit easier)
Alternatively I’ve been trying to render mesh trails in Niagara

bumping this… I feel like a chain rig could work but idk about that. I came up with a way to do it in houdini where the mesh follows a spline and is exported as a skeletal mesh animation but that’s too rigid…

amu do you have pointers for niagara mesh trails?

Hi, I am not using anything clever for my solution ^^’
The basic requirements to render spline mesh are Start/End position and Start/End Tangent. I am relying on ribbon code to generate that for me and replaced quad rendering code with the one that uses mesh instancing.
It’s a custom renderer, hybrid of Niagara’s existing ribbon and mesh renderer

I haven’t tried this but I think it should be possible to store that data in RT and use MaterialDynamicParameter to store offset in texture and use that in material to apply deformation :? But this won’t be robust.

I think using ribbon is vital as it makes sure that particles are sorted so that I can just offset InstanceId to get the next particle. Also provides proper UVs so that I can apply scrolling textures etc.

TL;DR
This is a very tech heavy solution for the problem and requires changes in Niagara. Don’t think I’ll ever use this in production code, just something to play around

I’m interested. Sounds complicated as far as using materials for deformation… and getting them to curve smoothly, all of this in real-time

Very cool! How does this look animated!

Some tests I did. They are pretty simple setup ^^’
It is exactly how you’d expect SplineMeshComponent to behave, just that the “spline” is generated from Niagara particles. 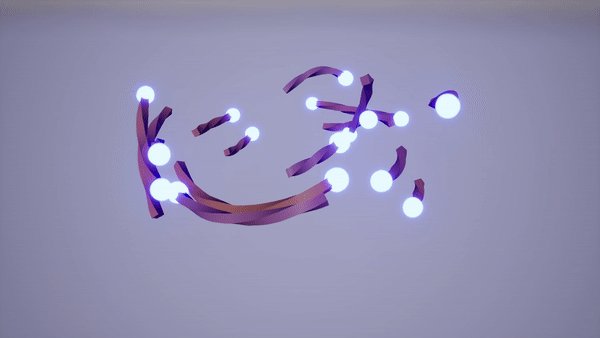 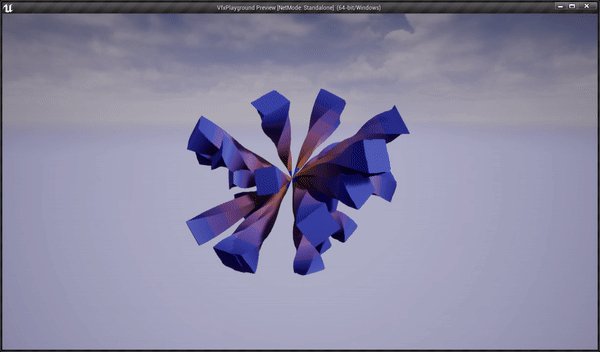 Testing with a custom mesh 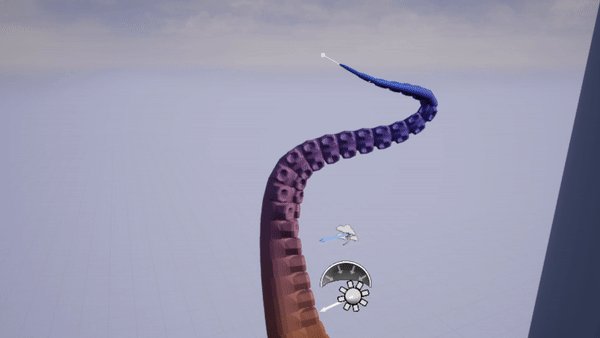 cheers, so how do you write and implement custom renderererererererrsss in Niagara?

Look for USE_SPLINEDEFORM in this file, that should help you figure out what’s needed for rendering spline meshes.
Engine\Shaders\Private\LocalVertexFactory.ush

Have a look at these files, you should get a feel of what needs duplicating.

It’s pretty difficult to isolate it from Engine code 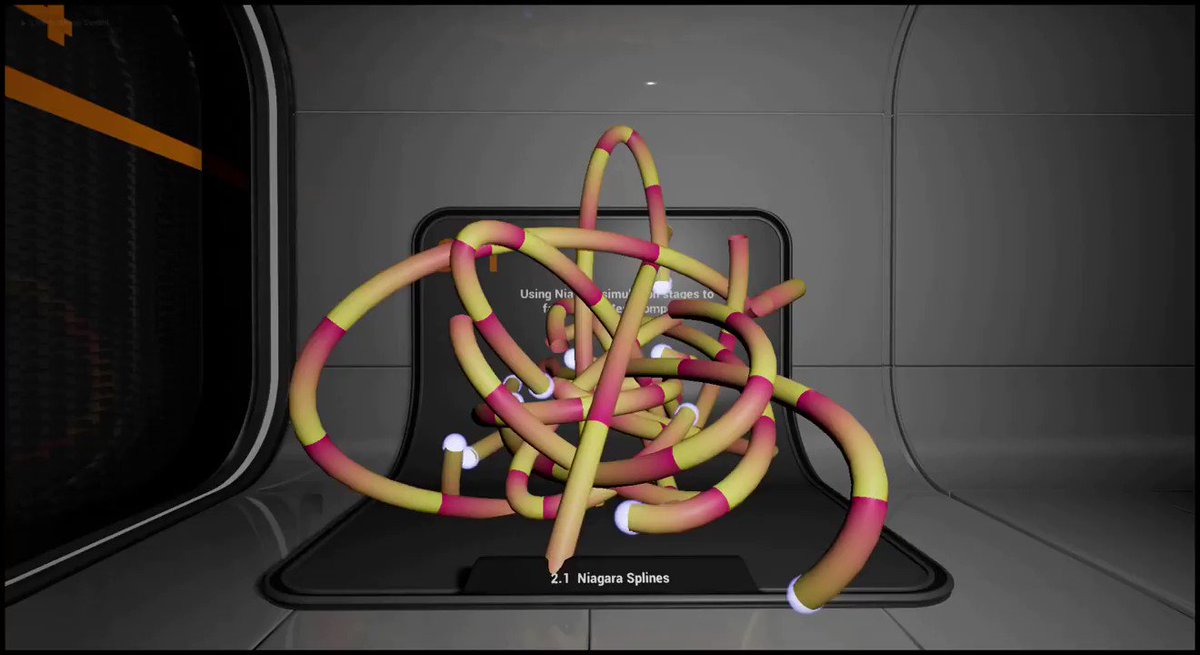 @amu_mhr
New example showing how to create something similar to splines using Niagara. Its not too flexible but can be used to make simple spline effects + it uses GPU Simulation :) #UE4 #UE4Niagara https://t.co/pspDYwbAbj

I added an alternate implementation which can be used to render splines by stretching/deforming mesh. I think it would be a use case for rendering things like dragons.

This is how I did it when after creating the topic: 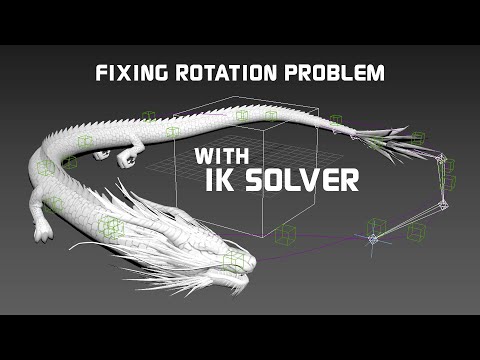