[HELP] [UNITY] Sampling Gradient / LUTs - How to get these colors? 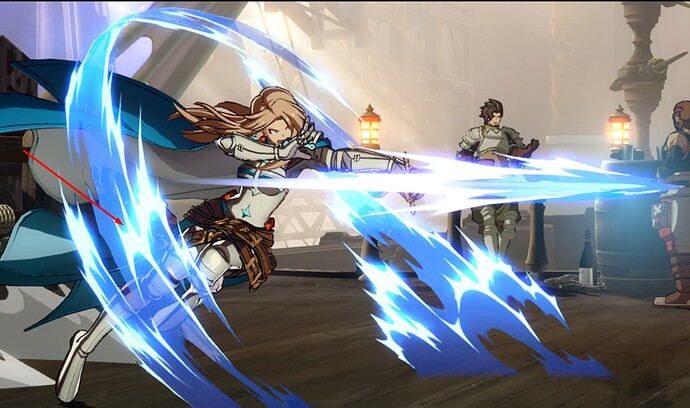 image1428×846 115 KB
Notice the small white energy with a ligh blue/cyano around it. That’s what I want to achieve. This crisp white elements with really sharp edges but with a light glow and still contrasting nicely with the color sitting behind it

I figured maybe sampling a Gradient/LUT would be the way to go. I went for it but I’m having problems setting the shader.
This is the wiring:

I noticed the Alpha Channel is blank, so I experimented the same with other texture: 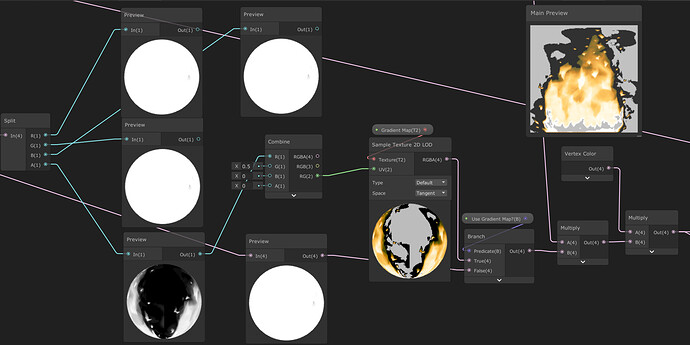 image1840×921 171 KB
The color is sampled, but now I have this white margin showing up. Why is that happening?
I’ve used this exact same setup before with this texture and it worked nicely

This is how mine is looking at the moment

…it’s so pale, lifeless. Those whites needs to be popping out of the screen, really shiny, glowy and glittery

Any help or idea is appreciated! Be it directly linked to the main issue or not

Plus quick q, do you have post processing bloom in the scene? If not, that might explain why you aren’t geting the glow you wanted and colours washed out

It looks like they are separating out the white and blue portions in their material, and controlling the emissive and opacity separately for each. The blue has some transparency already, and the white is more opaque, and the bloom in the shot is only playing on the white sections. So they may be masking out that white part texture, cranking up the emissive on it, and then adding it back to the texture they are using for the blue.

Keep in mind, they may have some kind of custom made shader code to get the look of their effects exactly how they want them.

This looks like they are using HDR values to achieve the blue bloom around blown out white.

Try making use of the emission node to drive colours past the 0-1 value range. As a general rule, use 0-1 to control emission intensity, and the EV100 values to drive the brightness of the emission to HDR values. Also set up some bloom post-processing in your scene with a threshold of 1, so any HDR colors get a strong bloom. Toon styled games like this use HEAVY bloom to keep things colourful. 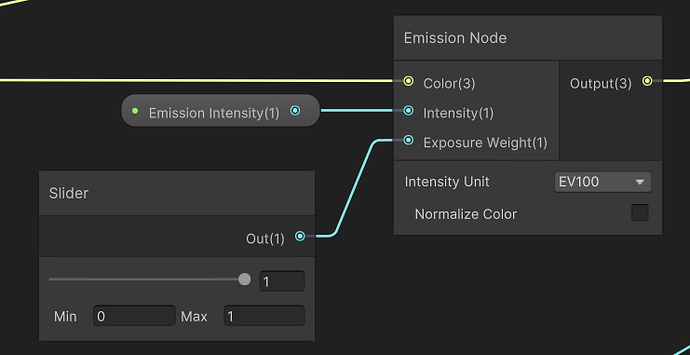 I think the biggest thing here is your choice of gradient. If you want the white values to pop, the key is contrast, but the yellow you’ve chosen is very close to white. It’s hard to even spot the highlights in there!

Looking at the reference effect, I’m seeing a few things:

I think the biggest thing you need is a darker fill colour. Since dark yellow just turns greenish, you probably want an orange or reddish tint. The darker it is the more your highlights will pop. Bloom will help with an appearance of intensity and can add colours to the fringes, but it won’t solve your issue until there’s a dark “background” to see the bright stuff on!

You may also want to vary that colour to a lighter, more intense shade towards the edges like in the reference effect, adding variance and “volume” to the outside of the effect. Probably still a darker orange or red colour, because it also needs to supply contrast.

With all that red in there, to keep the effect reading as yellow make the highlights HDR with a slight yellow tint. Tuned right, the bloom should capture that yellow and spread it out to the sides.

You could add that Fresnel gradient into your existing setup, but it might be hard to tune alongside the highlights. Therefore, I’d also suggest abandoning the gradient/LUT approach and instead building it up in layers as it’ll be easier to tune. Here’s my first thought on how to implement that:

In your texture put the highlights into the R channel and the fill into the G channel. Then, your main parameters look something like this:

Then you composite it together, simplest way being by adding the highlight to the fill.

A benefit of splitting it into layers is it’s easier to elaborate on later; for example, you could have the fill and highlight respond differently to vertex alpha; the fill fading with a multiply, but the highlight dissolving so that it keeps hard edged intensity as it withers away.

Hope that’s helpful! BTW, really digging the motion of the particles! Has a really nice energy and snap to it.