Hey everyone, been lurking for a while and thought that some Starfleet engines would be a good time to actually engage with the community. 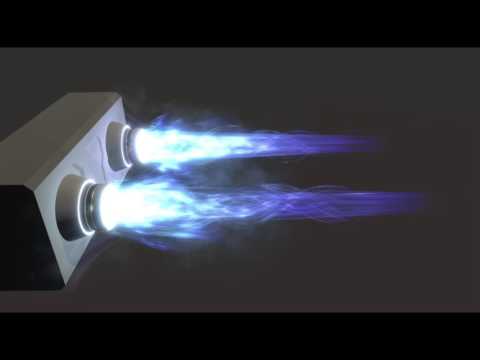 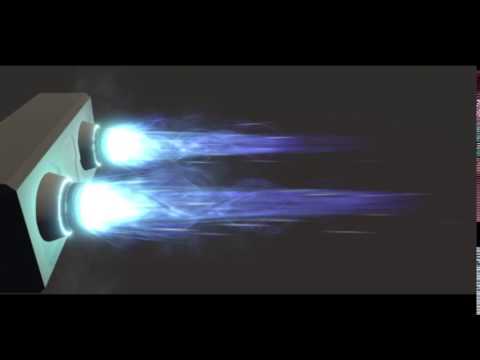 I’m wanting to make some changes on making the “smoke” being pulled into the engine more wispy. I also think that the thruster could feel a bit stronger as it kinda feels a bit “light weight” currently. Not entirely sure how Ill go about that, so if anyone has any suggestions please let me know.

don’t feel it looks light weight myself, maybe a sense of scale even smaller particles too might adjust it? i do like the volume you’re getting and the color transition. overall it’s pretty strong

to be critical the wisps (wave shape) read as getting scaled fatter but I feel like they need to also move/elongate in the direction of the thrust.
The difference in speed between the core plasma vs the streaks is extreme. I had a similar contrast in my sketch but after unifying them I think it did feel better; Maybe give it a try.
Your particle streaks read as just plain white, are they colored? more color might help
the cone flares at the base might help by adding a throbbing motion to their angle with non-uniform scale

keep up the good work

Nice!
Offsetting the phases of scaling/panning would be a good next step (so they don’t mirror each other).
The root feels strong, maybe the smokey trail could be made a bit more erratic too.
Flashing lights at root should have a base intensity that they don’t drop below.
Also yes, smaller (thinner) sparks, maybe choose a color for them too.

Hey everyone, thanks for all the kind words and excellent suggestions.

I’ve been able to find a few moments to refine the engines a bit.

I’m thinking I should still put a bit more colour into the particle streaks, but I’m thinking it might be fun to do the power on and off effects next.

Great job so far! I really dig the large smoke mesh coming from the front of the ship, as it grounds it to the environment. You could play around with vertex coloring it blue as it comes closer to the main flame so it looks like it’s being lit.