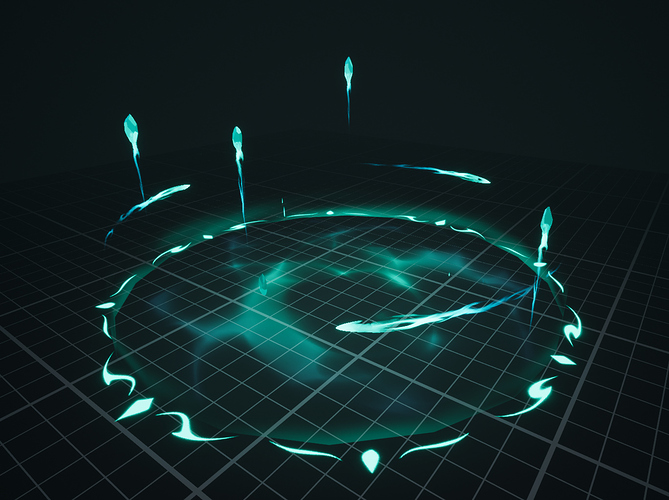 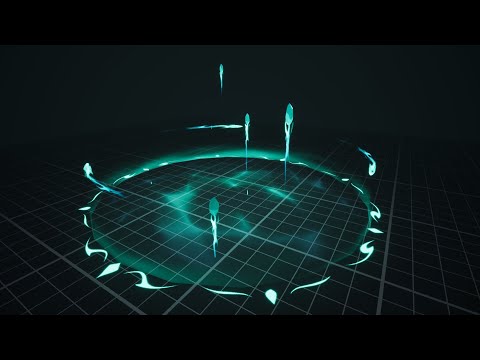 Hey guys! This is my first time participating in the challenge, hope I’ll finish something before the deadline

Here’s the concept, a fan art of Sage from Valorant. The idea is a healing AOE ability. Still thinking about what to add on the ground in the center, any suggestions? 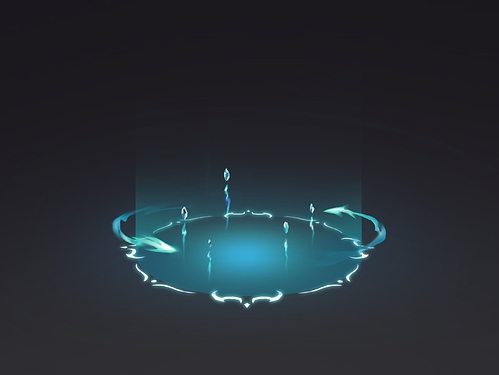 Maybe a “parallaxed” pool with some symbol related to the character or related to the “healing language” of games. Or, maybe some ice ground and energy flowing upwards really slowly and fading out + something to make it’s low temperature well noticed, like when we are outside and it’s really cold, we can see the air when we breath.

I realize now that my ideas might not fit the healing purpose >.<

Thanks for the suggestion, I haven’t thought about using the “healing language” of Valorant, definitely a great direction!

OK FINALLY GOT IMGUR TO WORK, UGH. (Why does it have to be so complicated lol)

Finished with the basic block out of the elements, now onto painting textures and material and timing. Does this looks friendly and healing to you guys?

Finished with the basic block out of the elements, now onto painting textures and material and timing. Does this looks friendly and healing to you guys?

I already like the feel of the base structure.

Yeah, it does seem friendly and calm, but the 3 particles spinning around the circle give me a static shield kind of vibe.

I believe it’s subjective and it also depends of many other factors. At first glance, it usually goes like this for me:
Energy flowing upwards: stats up/buffs
Energy flowing downwards: stats down/debuffs
Energy doesn’t go down or up in any way: it could be many things, like shields, ammo, stacks, anything “static” that doesn’t change until the player character does something or the allies/enemies do something to the player character.

With that in mind, that’s what I would do:
Instead of setting them to only spin around, I would make them go up while spinning, in a spiral kind of movement, and fade away as they die.

As for the Spawn of it: If it is a ticking heal over time, like “heal 100 per second”, then I would set a Burst syncing it with each “tick” of healing. Though if it’s a constant healing that heals bit by bit, constantly, I would set it with a fixed Spawn Rate.

Today’s progress! Painted the texture for ribbons and the range indicator. The ribbons sometimes get discontinued and jaggy tho, anyone knows what could go wrong?

The orbiting orbs and floating orbs are kind of fighting each other and look a bit messy now? So many second thoughts now the more I look at it lol

Thanks for the feedback! I didn’t see this until I posted today, will incorporate these suggestions in future updates!

Interesting point about the shield vs healing. Maybe that’s the reason why in my latest version, the orbiting orbs and floating ones are kinda clashing? Will try out the spiral movement, thanks!

I like both ground textures, they look cool. The one inside the circle looks really fluid/watery like.

About the orbs and their trails:
Having in mind what I pointed in the image, right now it is way too obvious it is a trail behind a sphere. Maybe mess around with different shapes for the front body so it leans more into looking like the actual thing rather than looking like a particle in a computer. Plus, the orb looks too solid for something leaving energy behind. Maybe make it more shapeless or ethereal?

Update: Repainted the AOE indicator, bigger resolution and thinner. Also added the wind-up animation. Gonna work on the meshes for the orbs next!

This is progressing really nicely. I love that wind-up animation. Looking forward to the next update.

Update: Cone mesh for the orbiting things. Timing adjustment for the caustic part so it feels more impactful. Started on the ending with the orbs falling to the ground, the movement is still kinda stiff tho. Any suggestions on how to solve it? Currently applying some curl noise force when gravity starts to kick in.
also realizing it’s so monochromatic now, going to need to add some blue tones.

I guess I’m done? Added a homemade mesh for the low-poly crystal and finished the ending part. Tweaked some color which probably isn’t even noticeable

. Let me know what part I should improve!

Final version! Went ahead and hook the VFX with the default FPS pawn and added some post-processing. Hope you guys like it, feedback is welcomed as always!!

Looks really cool! How did you do the ribbon warping at the end of the fx?

The projectiles itself do look much better now in comparison to when they were simple spheres.
Thoooough…this pointy look gave a much more aggressive vibe to it in my opinion while spheres were much more passive/protective vibe.

Now about the dissipation:
Excuse me if I’m overstepping here, but don’t you think it’s more interesting to make it erode away with alpha clipping or just fade out in place + leaving some kind of brief mark, instead of making it shrink and fade out?

I really like it, yours and Leslie’s are my favourites!

Thanks you so much for the suggestions! They are definitely spot on, I feel like the more I look at my VFX the more things I need to improve on

Definitely gonna keep on polishing it, thanks!

I really like the effect. Only one thing bugs me, is right in this frame when the orbs rotating at very high speed, the trail gets stretched and it feels uneasy. 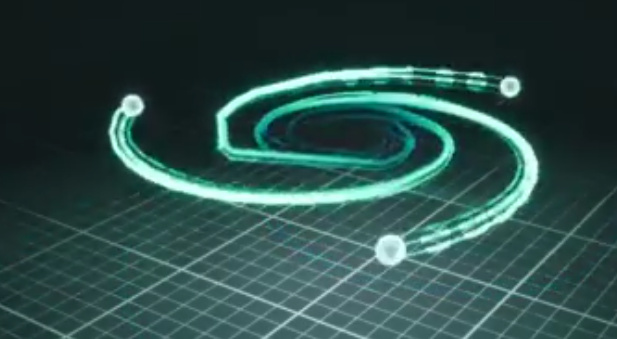 Thank you! Does it still feel weird in the final version? I saw your screenshot was the WIP so want to make sure. If so then I’ll add it to the TODO list for this VFX (it’s a very long list now lol)