Been here for a while, figured it’s time to share some of my work

I wanted to give a shot at a LoL-inspired VFX, to try to replicate the snappy and flashy visuals of the game. Hope it turned out ok, tell me your feedback!

Hi, I’m the VFX Lead for skins on League.

You’ve really succeeded in making the timing feel very punchy! It’s very clear the timing of when the gmaeplay important moments are: It’s good that the lingering elements of the explosion are reduced to a secondary element. You have some really awesome anticipation on the missile launch.

You’ve done an excellent job on the colours as well, the complementary colour scheme is feeling really good, with the purples being less saturated, it really helps to make the head of your missile the primary element. At the moment this feels like it exists in the Arclight thematic.

You have some good variety in your shapes as well, with some sharp shapes in the hit effect, this helps make it feel really damaging!

If I were to give constructive feedback on this missile if it were in League, it would largely depend on how strong the ability was. At the moment, this is definitely reading like an Ultimate ability in terms of importance - it is very bright.

I do think that you could make improve the anticipation of the launch effect, by making the colours “heat up” by going through a few different hues. This might also help to indicate how close it is to launch as well.

Additionally, I think you could do a pass on the missile itself, adjusting the values, contrast hues and to make the front of the missile ther clear area of focus: 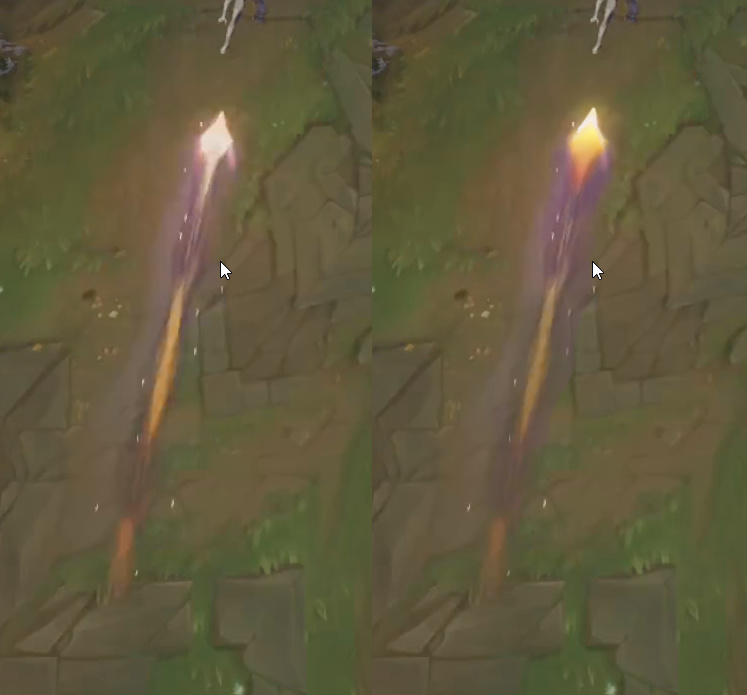 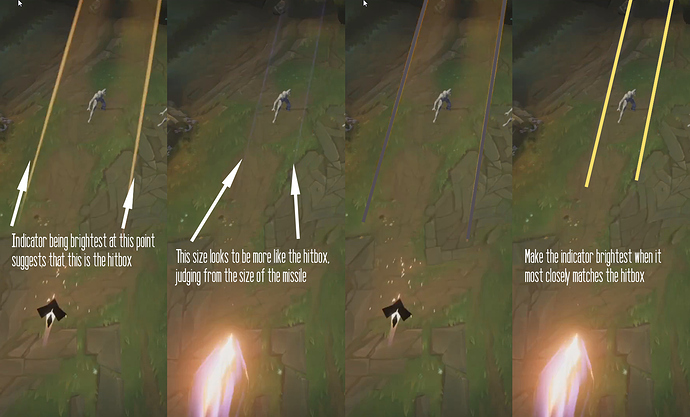 Overall, you’ve made a really awesome, satisfying effect! If you ever want to create an existing League ability, I’d gladly give targeted feedback on that as well. Keep up the great work!

Wow thank you so much for taking the time to give such detailed feedback!
The heat up effect is such a cool idea, it would definitely sell the charging state even better

That’s some great insight for the head front / the indicator too, gotta nail that gameplay clarity!

While I’m at it, I’m currently working on a Dark Star Diana skin, here’s the R abitlity that I made over the weekend. I’d be glad to hear your feedbacks on this one too!

Again this is feeling really punchy! You definitely have a fantastic sense of timing.

You could also put this shape in your impact frame: 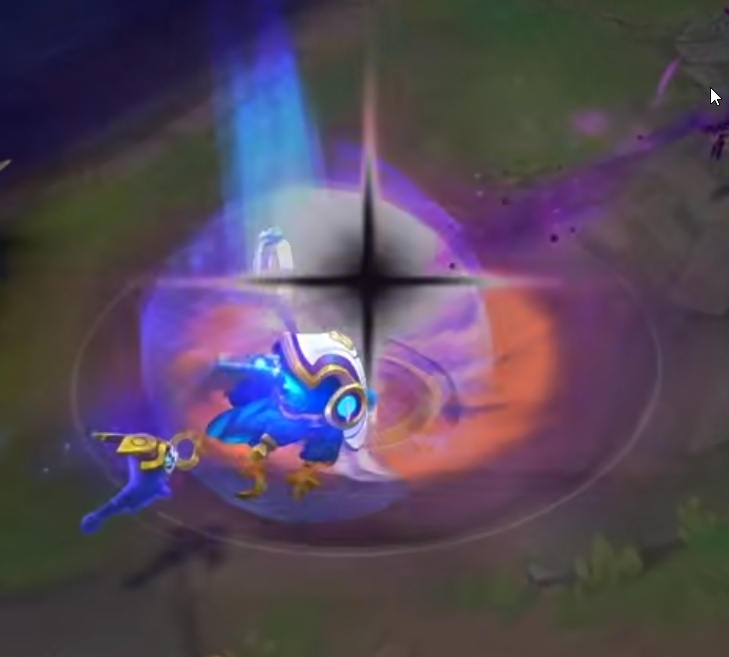 If you wanted to go really crazy (like if this were a legendary skin or something), you could have have her Ult open a portal to the dark star universe, between the pull and the explosion, a bit like dark cosmic Jhin: 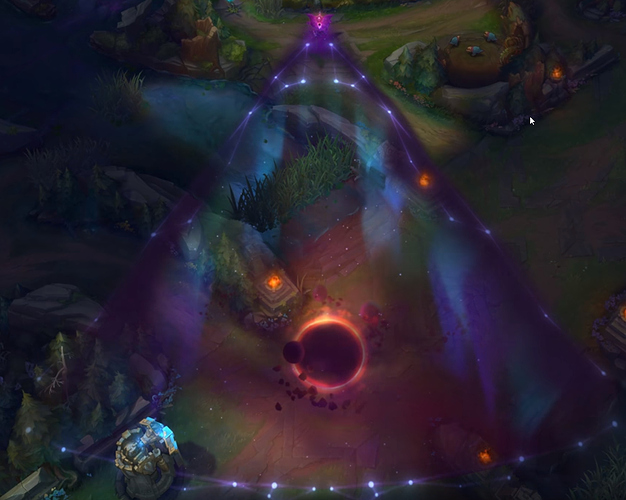 We have settings on league where this is displayed only for Jhin, whilst other players get a cleaner, simpler version for gameplay clarity.

Wooww thanks, I try to put a lot of effort in juicy timing, glad you like it!
This is such precious feedback, I’ll definitely try to apply it.

It was a lot of work but a really fun project! Would have loved making the sword attacks too, but I have other important projects to finish. Hope you like it!

The colours are sooo good, as well as the punches of timing and the distortions! Super satisfying to watch !!!

Here’s my reel updated for 2020! Most VFXs were made during last year.

Made a small doodle during lockdown, no specific goal, just for fun

testing some kaleidoscope aesthetics for an upcoming project

Hi Pataya, Can I have your Summoner rift unity project? The empty project, I just want the map.
Thank you!

I tried thuis model before, but I can’t import the model properly into unity.
This is how it look in unity. I didn’t change anything, just direct imported the files. What else I need to do to fix the model?

Hey are you doing your kaleidoscope with Procedural UVs, or using some kind of weird UV’d mesh?

yep it’s all in the shader, the mesh is just a default billboard particle!