Hello everybody, i want to show you some experiments that i work on my freetime. I make a tool (like fluid ninja) in UE4 to create atlas based on particles rendering. Not just an effect with a particle system with some textures on it, but more like a simulation with rendering based on particles, a little bit like the krakatoa rendering engine. I use PopcornFX because with this i can control perfectly each frame of the atlas, his space on it, his time in the animation of the simulation, etc…and i can sample a lot of things to create a lot of simulation type. For the moment my “simulation” is based only simple shape with some turbulence and some “modifier” (see the video).
I’m going to try to explain a little bit how it’s work.
I capture the system that i have create in PopcornFX with a scene capture 2d in UE4 with a render target not cleared every frame. But before this i divide the scale and the opacity of each particles by a certain number to get a very smooth accumulation. The effect on each frame is not completly static (otherwise the rendering keep only the part where the particles are and you get finally a poor and noisy rendering) but i have a jitter in realtime on the sampled position of the base shape. That permit to cover entirely the surface of the shape during the color accumulation. I have setup too a little basic particle system on the side that use the atlas generated in realtime, very great to customize quickly the atlas. Tell me if you are interested by this system and if you have some feedbacks. 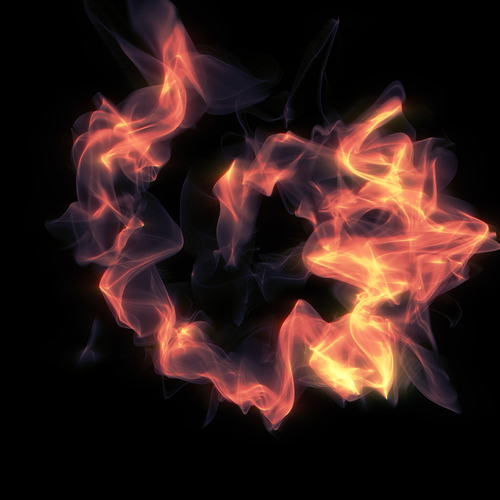 I share to you somes of the atlas that i have generated if you want to see more in details the rendering: