Watching all the other sketches made me motivated to give it a try, not entirely sure where I’m going with this because it ended up quite different then what I planned (one day I really need to make proper research about UV distortion, so I actually understand it properly and not just play around with it)

Added some fire at the bottom and around the edges so it feels a bit more powerful, still need some tweaks but it’s getting there

I really like the look of this but the shrinking at the end looks a bit odd to me… Is there any way you can have it dissipate rathet than do the same thing but backwards?

Hey this is a really cool idea! I wondered how you are controlling the spawning of the flames. I’ve always had issues with spawning on meshes.
And I agree with Urgaffel. I think I’d try to give it an eroding effect maybe, could look cool

Made a few changes after a few suggestions earlier from people in the discord channel who was thinking the same as you that it felt odd. It feels better now, dissipation would be interesting to do so I might do it if i’ll get the time for it. I also want to make a version with a lot more force in it too

I’m using a skeletal mesh that’s always facing the camera that looks like this, I only wanted the flames to spawn on the silhouette of the shield and not everywhere on the sphere. 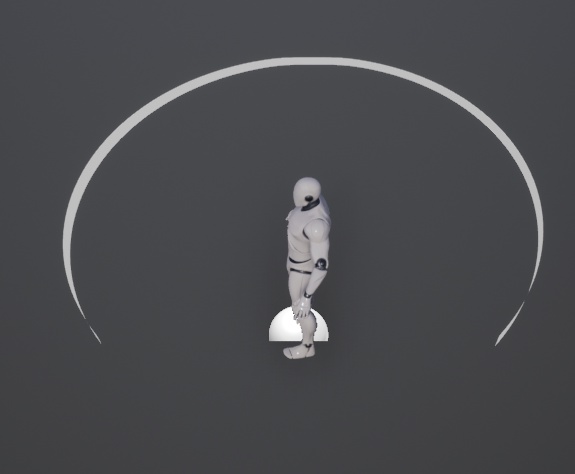 have you thought about adding a slight burst of embers/sparks as the shield spins up and comes to a stop? I kind of think of it as a ball covered in water drops coming to a sudden stop (but spinning). Or a dog shaking drops off

Or some sort of faint trails that orbit around with the sphere. Just something to help enhance the spin.

I like the ideas, gave it a few tries but couldn’t get it to look like I wanted but I’ll give it a try again tomorrow instead.

Here we go, now we have some proper dissipation too

I’d like to get some particles going too but we’ll see if I can get anything I like.

I like the bubble popping you’ve got going a lot, it’s very cool!

The only thing I would suggest is having the fire/glow on the ground maybe dissolve or fade with the bubble pop versus spinning away. It feels a bit weird to have it spinning now that the bubble doesn’t shrink out of existence as in previous versions.

Removed the rotation on the ground and played around a lot with the timing.

And I just need to thank everyone on the discord channel that gave me a lot of feedback on timing, shape etc

I’ll probably spend some time on the weekend to keep working with the timing, see if I can improve it or at least practice it more

Changed the lifetime so it’s more like an actual shield that last for a few seconds, also changed so that it’s more of a buildup before the shield explode outwards.
I’ll also call it done for now with this, a few things I could improve but I’ll keep them in mind for the next effect I’ll do.