Had fun getting this started, but have been noodling for a while without making real progress. Has particles, but struggling with supplementing the effect with particles/whatever else. Feedback on any part of the effect appreciated!

(Edit: Giphy is weird. Gif preview shows up on preview panel, but not on the actual post)
(Edit2: Guess you need to link the source image to get it working)

This is awesome! I know it’s an early version of the effect, but the width on the multi-color particles going from A to B feel a bit thick; maybe cut them in half?

Thanks, was playing with the idea of voxels being torn from one object to build the other, and was wanting to get those pieces as chunky as possible. But I think that idea kind of fights against the heart of the wobbly/warping effect I have going. So I agree, thinner particles.

The larger size seems to contrast more than compliment the high frequency noise. Just based on the one gif you have it doesn’t quite fit since the vertices on the two meshes are stretching so thin. I really love the voxel idea, and if you want to keep that in the effect, maybe you could add a material effect/texture that makes it appear as though the meshes are gaining and losing the cubed chunks so your voxels read as pieces of them. I really like the jiggle at the end, it really feels like it’s still rearranging itself internally

I’m really interested in how you did this, and what the output platform was.

Actually less complicated than it might look. Just two models with a shader using vertex offsets in world space. Using a variety of scrolling noise textures and an animated float parameter to help drive the look. Amazingly enough, it was even done in Shader Forge in Unity, so it could easily be converted to Unreal’s material editor as well. Was just prototyping in SF and realized I could just finish the shader there (might change if there’s some other weirdness I want to do).

Decided to go in a different direction. Wanted to get a bit further before posting but haven’t been able visit it as much as I planned. So here’s the current WIP. Trying to decide if I should slow it down to show off some of the fun stuff I’m doing. Just don’t want to lose some of the snappiness it has.

Update. Additions to the effect are hiding more stuff than I’d like. But still deciding if that’s a bad thing.

I’d be totally fine with it ending as a white marble statue. The black material doesn’t show off the form very well. And the angle isn’t helping from a silhouette standpoint. Maybe just find another great statue?

It’s all quite excellent. Though maybe a little heavy handed with the streaks? Great stuff!

Thanks for the feedback! I agree with all those points. I’ll try adjusting the statue/camera angle before getting a new model.

This will probably be my entry for the final. Not completely satisfied with where it ended up, but it was fun to work on and I think I came away with a better understanding on how I might approach vfx differently in the future. 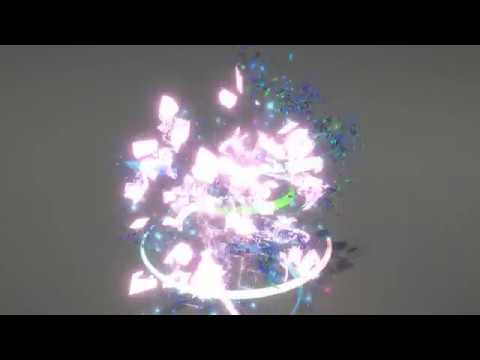 Oh Wow! I love how completely chaotic and organized this one looks. The colors shapes and trails are matching nicely!
I’d love to see more angles of this vfx. Nice stuff =]

You might not be happy with it because there’s just too much happening.

I’m guilty of the same “kitchen sink” approach.
There are so many good elements in there, I think all you need to do is pare it down.

Thanks! Ya, that’s what it is. I enjoyed exploring each technique, but learned better to take a step back, decide what I want the whole of the effect to be, and only implement the techniques necessary to achieve that look. I get too excited wanting to try new things.