Decided to finally open a sketchbook. Going for a highly optimized and performant result for third person action games. Don’t know what else needs to be said other than I love working on VFX and am pretty convinced its where I want to be. Cheers!

Previous Attempts For This Project

Worked through a tutorial this week. Learned a bit about blueprints, some photoshop skills I didn’t use much previously, going to be working up the cast and impact effects for this next I think to really solidify the knowledge. @JangaFX did a nice job with this. Thanks Nick!

Another couple of weeks, another tutorial down. Feeling like I am slowly but surely getting the concepts here.

Another few weeks, another tutorial down. I am finally feeling comfortable enough to tackle effects without a direct tutorial to draw on. I think my first effect is going to either be a frost nova or frozen orb from Diablo 2 done in an updated style for UE4.

Worked up a spotlight effect for a project. Turns on/off based on user input (not shown). I will not be taking this particular direction farther though due to project needs. Thought I would share it here anyways.

Not really sketch book’ish. This is an effect I created for Black Ice Studios for the game Revenants (revenantsgame.com). I am working on other effects as VFX Artist for them, but as this one is complete and I got the go ahead I am sharing. 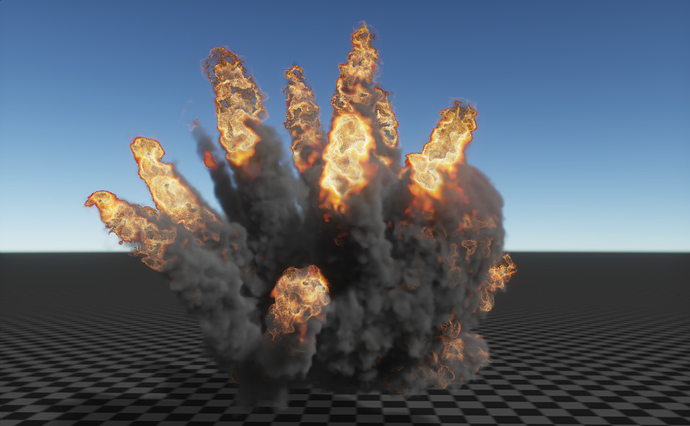 A little bit of smoke/sim work from EmberGen that I was getting read to take into Unreal. This is from about a month ago. Was trying to solve out the 6 point lighting prior to the master material’s release. Wasn’t going so hot, but I have since improved it and anticipate it reaching a good final result after JangaFX’s material release later today.

Nothing fancy this week. Just trying to grasp some more things about Niagara with the magic circle which needs completion and then helping a friend out with an smoke effect that needs a lot of work still. Will start placing finished pieces more moving forwards.