this might be my second entrances for the monthly sketch. I’ve got this VR scene, where I modelled my apartment and made it interactable. Teleporting looks pretty dull right now, so I want to pimp it up with this challenge.

I want something big, something you wouldn’t normally do for teleporting in VR. If all comes together, I want to rip the room apart, and let my hands dissolve into cubes, everything swirling around me. This ugly concept might clarify 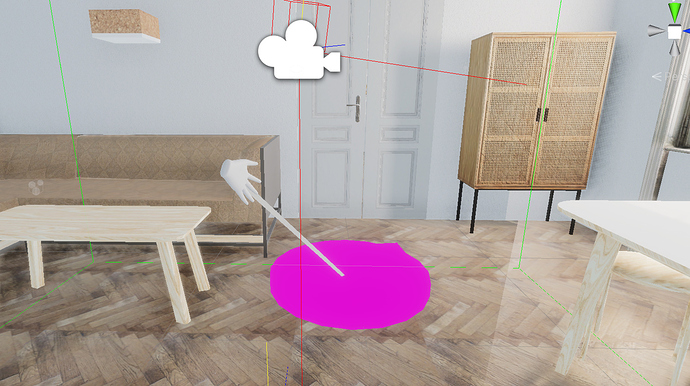 But indicates the direction I aim for

I want it to be cloudy/stormy in the end. Let’s see…

Had to get rid of this eye cancer thumbnail

I want the teleport indicator to be more like a tornado in the floor. Tried to push a whole into the floor with parallax mapping. But that doesn’t nail it (at least how I know how to do parallax mapping). This is the result, but I will try with a stencil shader next. After that I want the cloud to emit some lightnings to the outer circle.

Made some progress here and it is starting to become something. I’ll stop here with the reticle, to explore the destruction I had in mind.

I’m into learning Houdini lately, mainly the terrain tools for work. Of course I also want to incorporate it into my VFX journey so I came up with an HDA to rip my assets apart and prepare them with the data to be animated.

I thought it would make sense to make the stuff grumble from the outside to the center, so I put the info how far the pieces are from center in the red channel. 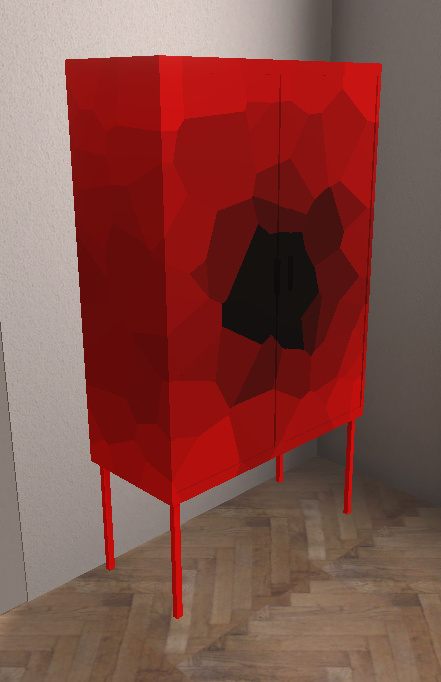 In the animation you see, that doesn’t look right. So I’ll rather start from the center/bottom point next time.

The rest of the effect is vertex animation in the shader. The jittering before the crumbling is supposed to build some anticipation, as long as you hold the teleport button. Once released crumbling starts. I’ll have to put a lot more work on it to sell it, let’s see

Not sure if I have much more time to work on this one over the weekend. Seems like I aimed to big

Here’s the current and maybe the last state 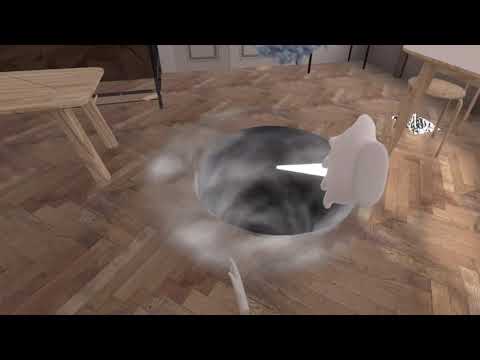