Hello, I also posted this on the discord, but I thought it might be good to post it here too, so I get more people to see it. I hope that is not a problem.^^

I made an explosion for a private game and would like to get some feedback on it. Does it look cool? Does it fit the environment? Is there something missing?
Help is appreciated and thank you all in advance. 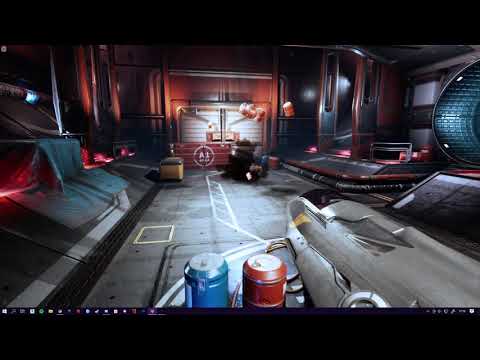 Hey, this looks beautiful and really fits the tone of the environment well.
There are three points that i would critique
1 - The explosions ecspecially the core always seem to have the same height/size, makes the effects look too repetitive and similiar if you will be dropping that much in the game.
2 - The stretched out particles seem very sharp and the cone direction is very narrow if cone radius is 40 right now i would make it between 40 and 80 maybe.
3 - The initial smoke eruption that has a circular horizontal motion is to dominant, since the explosion has a upward motion. I think the horizontal motion would benefit of being smaller, less contrast and less lifetime 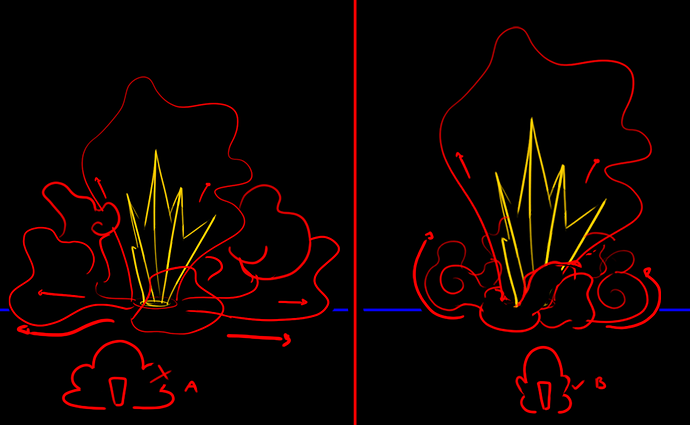 A before
B after

Just an opinion. I hope this helps, sorry for the drawing, i am avoiding to do actual work right now, haha.

Thank you for your feedback

I tried to change things according to the feedback I got from different people and this is how it looks right now. 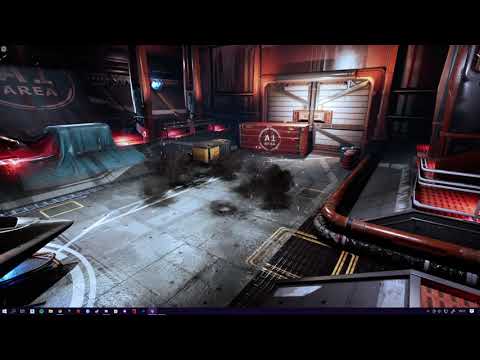 Only thing i could think of that needs optimication is the Alpha decrease of the smoke that lingers.
If the current duration is 100 i would reduce it to about 85-90.
(Mainly because the smoke seems to stack allot very fast and the individual effects blend together)

It really feels great to watch them explode!!
I need to train some realistic FX creation myself. I definetly will use your work as refrenece in future!

Fair point, with the alpha. WIll try that out.
And thank you. Thats the first time I hear that somebody might be using my stuff as ref. Huge compliment for me!

That actually made my day !

Btw I used embergen for the first time for the simulations.

Definitely an improvement in the second one, pretty good! In my opinion the scale of the sparks is off. It looks like a gentle eruption like a “sparkler” firework. I would add a lot more initial velocity to them but have high damping so they slow down quickly.

I’m honestly distracted by the distortion. I’m not sure it’s distorting the right way, and seems really intense for the otherwise gentleness of the explosion.

I would personally lighten the color of the smoke, especially with the amount of lighting around that would illuminate it. It’s too thin to be that black in my opinion.

It seems like you’re going for something kinda like this reference, so maybe it’d give some clues? 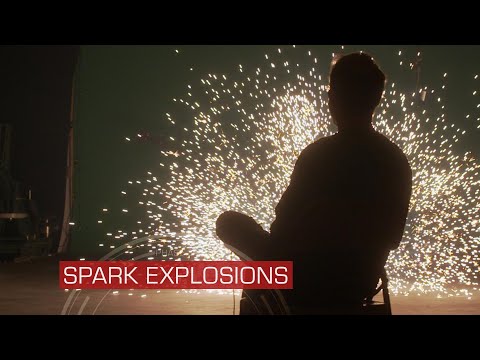 The only thing that really bothers me on this is the distortion hangs out a little too long… should be quicker.

Thanks for the feedback. I will change some things and post an update soon.
I am also thinking about 6point light and some little camerashake. For demonstration purpose, I wouldnt spawn too much explosions, obviously

That would just be a shakefest.

Hey, I changed the things you guys pointed out to me and I think it works better now. I also put it in more context now and would appreciate some more feedback! 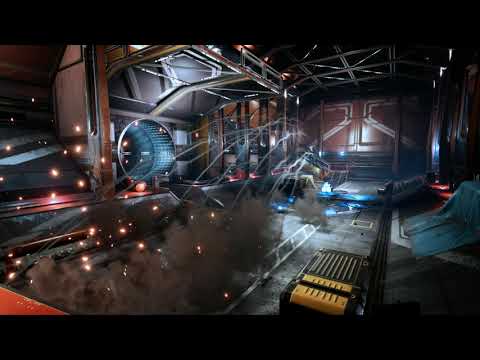 This here is my final result. I decided it is enough like this and I am happy with the result. Thanks everyone for the input and help!