I had a strange desire to make a goofy Fortnite style effect and figured I might as well use it as my sketch haha. Still setting and polishing things up’

I wanted to try something comical like having a character hurling a giant shield potion at her ally. I looked at JangaFX’s blood tutorial for setup [https://www.youtube.com/watch?v=J3pVQrElBcE&t=8s]
I got a triangulated fortnite character model from Sketchfab, and auto rigged it with Mixamo (with some edits in 3dsmax). Everything is controlled through anim blending and triggering it in the Sequencer.

It would awesome to figure out how to get the fake liquid effect as seen here [https://twitter.com/minionsart/status/1100806423360036865?s=20]. I’m not technical so I’ll have to find some hacky method to achieve the look. Not sure if the jiggle bone method would work, since the jar flips a full 360.

I’m going more for a gooey look- I believe the original is more of a soda-like liquid. I just think the more viscous look is pretty cool. Here’s a ref of the original, you can see it at (0:10) [https://www.youtube.com/watch?v=cypBVIsv2G0] 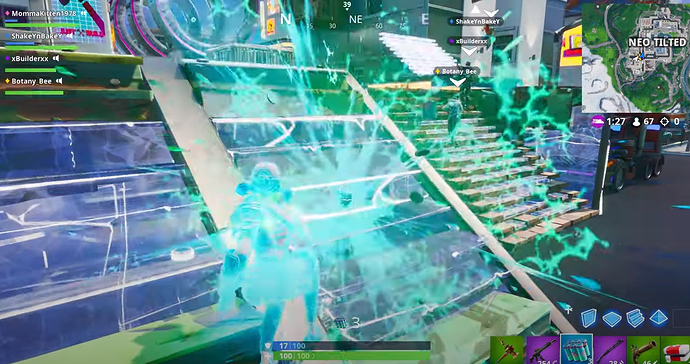 Any and all critique/commentary is welcome! 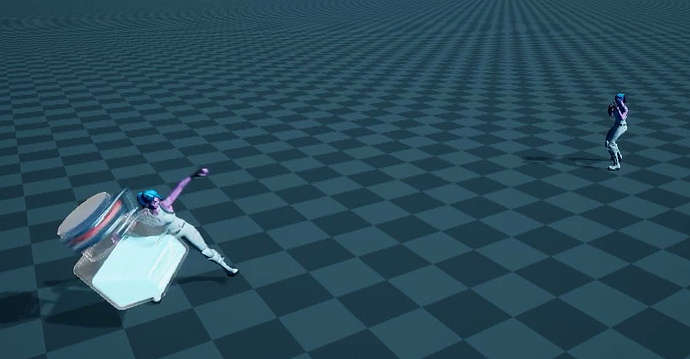 I found that exact same splash tutorial to use, too

It works really well, now I need to figure out what to do with it for this.

The fake liquid effect is an interesting shader challenge, I’ll be curious to see how you tackle that one.

Hmm, so I found this interesting post on fake liquid and tried setting it up.
[Liquid material in a bottle] 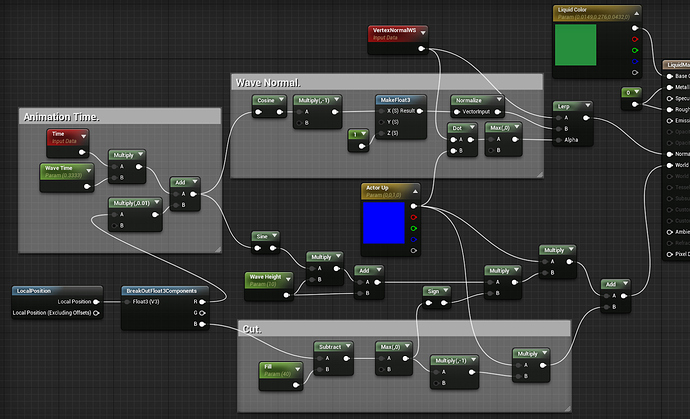 image1600×972 376 KB
I attempted setting up the blueprint but I couldn’t tell if anything was working. It produced this wavy mesh with normals on it. It looked like it was working, however- as soon as I started rotating it, the liquid mesh distorted in a funny way that was inconsistent (Local position). 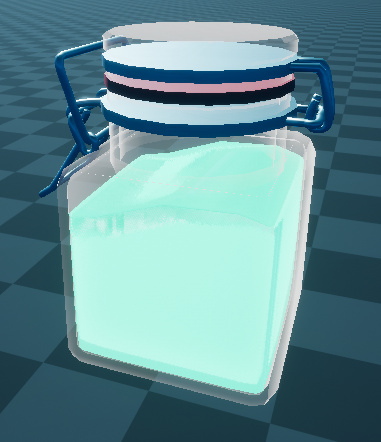 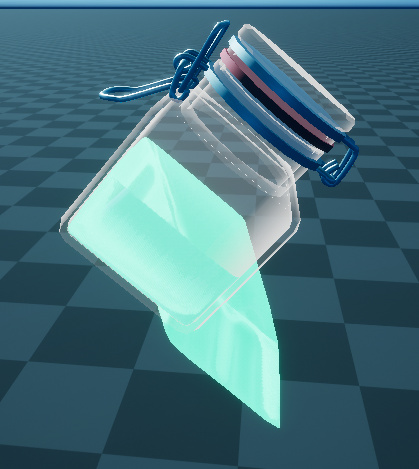 It produced this result which is neat but too flat. Double sided makes it look like its an opaque object even though it isn’t. 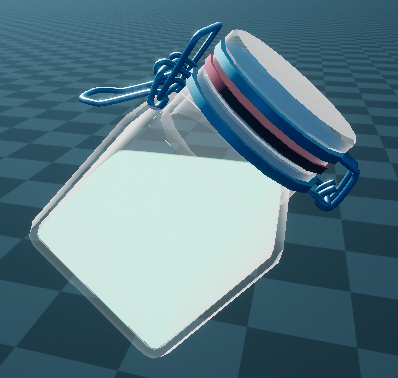 I figured I would make an alteration to see if I could get wavy effect contained. Red is the change I made (from local position). I assume I need to somehow bring Object Bounds (green) in to contain the liquids movement? 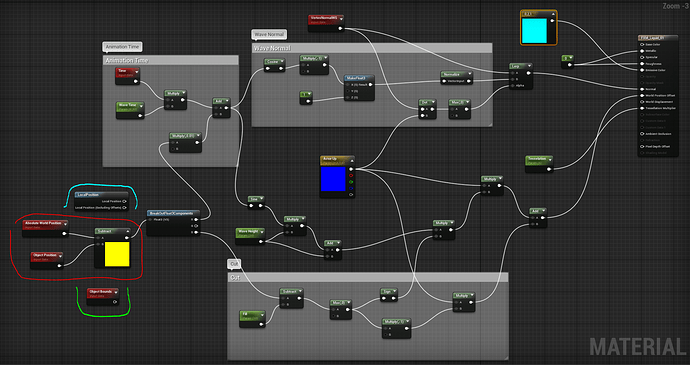 Together it produced this result, which is alot closer to what I want, but there’s still some problems with the clipping. 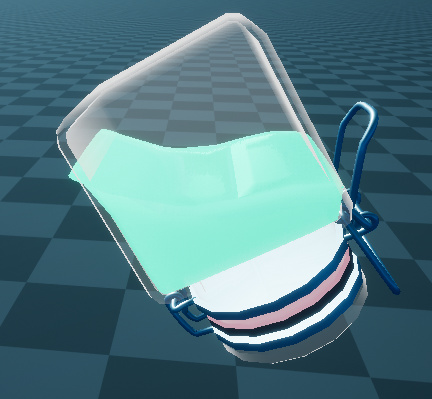 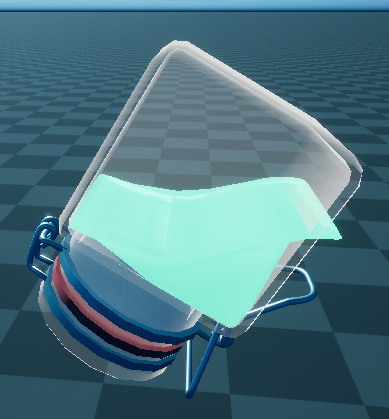 Here’s a vid of the effect in real-time off my Dropbox.

From the gameplay I get the impression its some kind of nano-bot technology since it’s got those tech-y elements to it. I think i’ll add some slithering tech lines on the floor perhaps?

Things are starting to feel a little crowded visually, but i’d like to add the tech aspect to it since it is a “shield potion”.

As for the liquid- I think I’m going to stick with the simplest fake liquid method and keep a flat emissive shading. 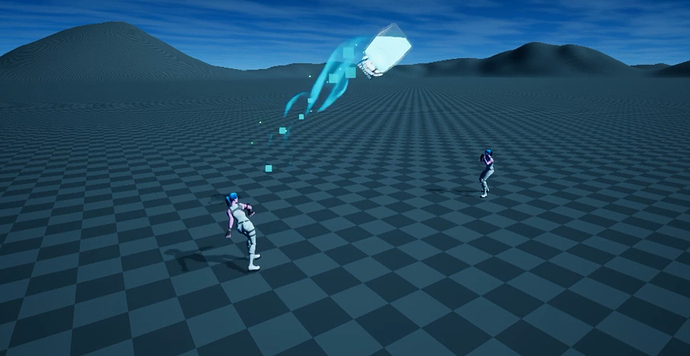 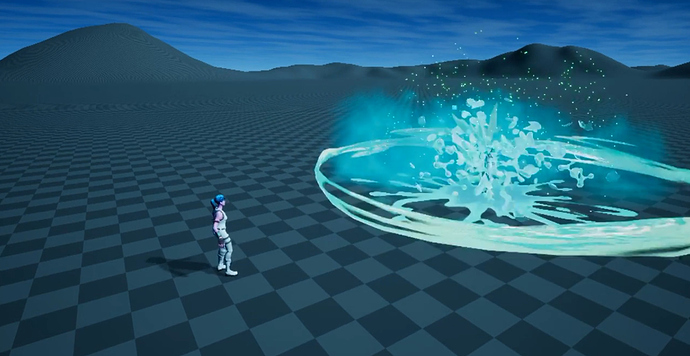 I’m ready to call this finished! Added some secondary details to wrap things up. Wew 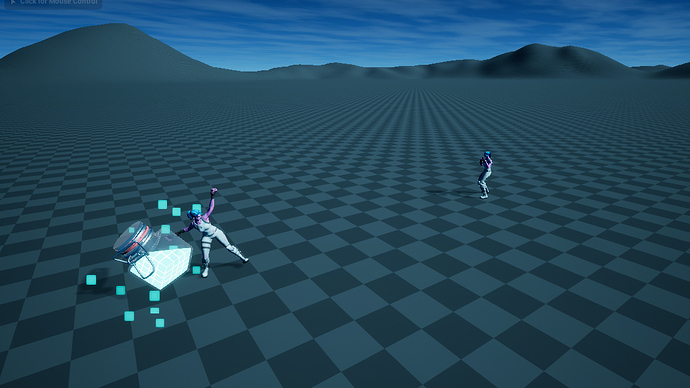 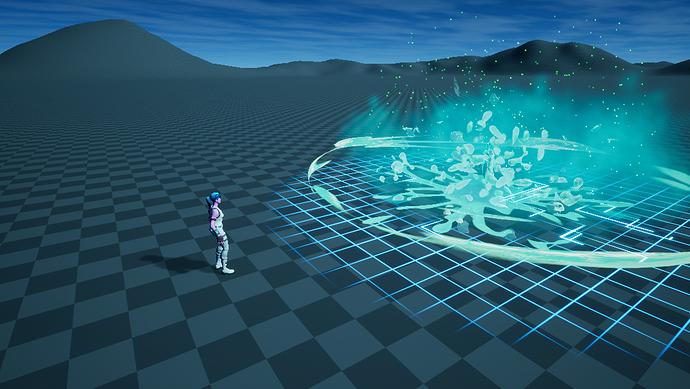 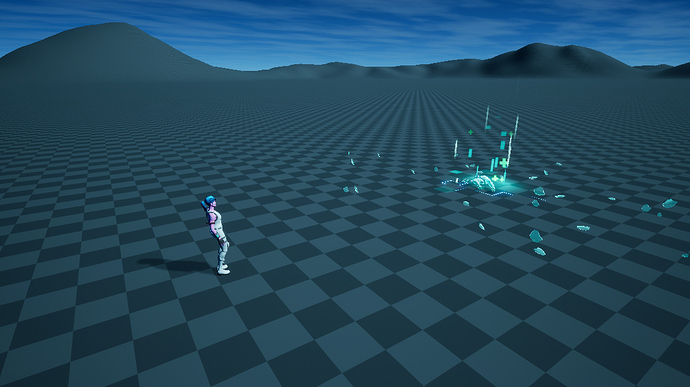 One way I solved liquids in the past was by making them masked, two sided and using a bounding box based gradient to clip the top of the liquid, making it level against the ground. Then you can rotate the position (with a rotate about axis) that you use to get the bounding box gradient, so you can make the top of the liquid swish around. Making it wave would be a bit more complicated though.

With that, then I’d use the TwoSidedSign node to tell which where the internal faces of the liquid (revealed by clipping the top), and make their normals point upwards, kinda faking a ‘cap’, if that makes any sense

Nicely done! The impact effects, AOE and residual effects all tie together really well. The liquid effect turned out well and I love the comically-oversized potion knocking the character out - very Looney Tunes