Any feedback is welcome! I made an effort to create a realistic fire using only panning textures rather than something like a flipbook. I’m not too sure how I feel about it. The textures were made in substance designer quite fast – I found using a multi dir warp with random noises could often create flame-like looks. 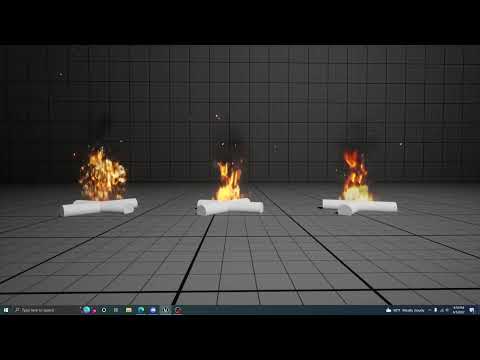 It looks pretty good and I can imagine this already being in a game as it is.

I’m just starting with VFX so I wouldn’t be able to give technical feedback, but I can comment on what can improve in terms of the end result. In some moments I think there’s a texture that makes it look kinda rectangular or too perfect, if you know what I mean. I’d maybe try and make the little flame shapes larger in individual flame size, and less in quantity, but maintaining the size of the fire itself, and try and give it a less perfect overall shape, so that it would produce multiple, abstract triangular formations, like in the following real life example. The flames would move faster in reality too I think. Again I’m starting in VFX, so I don’t know how possible that is. 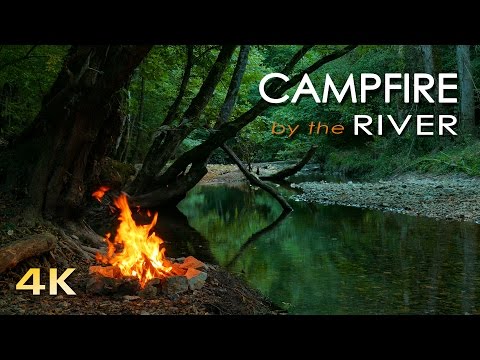 Thanks for the valuable feedback! The artistic eye is just as important as the technical skills, and I can tell you’ve got the eye for this stuff because you just helped me improve my effect! I completely agree, my fire was a bit too square, slow, frequent/small in shape. I made a few changes. I made a new mask for controlling the overall silhouette shape of the flame to give it a more cone-like shape (rather than square). I reduced the contrast in the texture noise that creates the details to make the shapes bigger. And I increased the speed of the flame. (I’ll post a technical explanation below).

Old vs New! (sorry for the small gif) 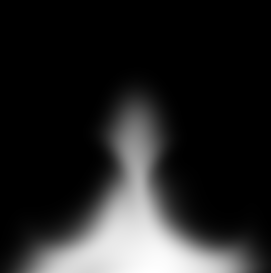 The new flame shape mask made in substance designer 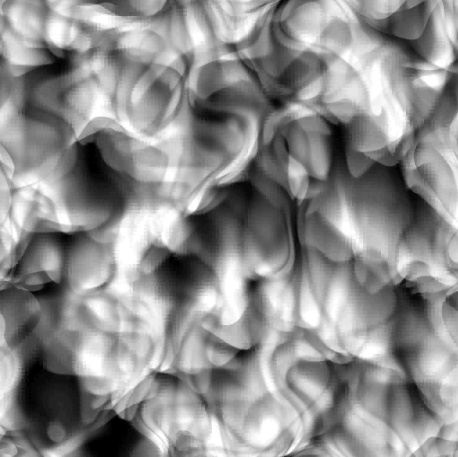 The panning flame shape made in substance designer

image1430×524 117 KB
Hopefully I can explain this pretty easy, this is the UE material graph. The flame is panning using a panner node, being added to the flame shape mask, and then I’m subtracting values outside of that shape (I just did -1 but another option could be multiplying the two textures together). To get more contrast I used a cheap contrast on the currently combined texture to isolate high value ranges (white/black), and then I multiply by a small number to brighten them and add it back to the original combined texture. Then, I multiply by a blackbody node to get the flame color (blackbody is a built-in value range of colors based on temperature – often used for fire). The colored version goes into emissive. The grayscale version gets multiplied by a gradient to remove a harsh line from the bottom of the texture and then gets plugged in to opacity. There are a few dynamic parameters linked to Niagara to control brightness over time, opacity over time, tiling, and color fading over time (it fades to black). There is also a smoke material that I might update, but it’s even simpler it’s just a panning noise multiplied by a radial gradient.
1 Like
mauridoval June 5, 2022, 10:30pm #4

Wow that was fast and it looks much better!

I think you can make the colors look even more realistic: Look at real fire on YouTube, like the one I shared above, and you’ll notice that the darker shades are more like a darker shade of orange. It might help to try and produce that more realistic contrast

Color update! New one is on the far right – I used a color curve instead of blackbody by using Unreal’s built in curve/curve atlas to create a color gradient that was more orange. Getting those deep orange colors and maintaining the brightness is a little tricky turns out

I think it looks perfect now!

Thanks for all the help