I’ve continued to iterate upon the latest shader I’ve created.

This is a WIP portal effect partially inspired by the Bandit portal in Destiny 2.

Cool! It would be great if you showed some shader settings for training purposes only x)

Hey thanks! I’m currently crunching for a project but of course, I would explain how I construct my shaders when I have some free time!

To be honest, I know I won’t feel comfortable just posting a simple screenshot of the shader graph without any explanation. I’d love to at least have comment windows that explain the math on some parts of the graph but doing stuff like this takes up a surprisingly great deal of time, which I currently don’t have.

But I definitely want to give back to the community since most of the things I’ve learnt about shader creation is provided by the lovely community here!

Nevertheless, the shaders I’ve created mostly has the basic math and UV scrolling stuff.
Textures and meshes/UVs deserve the real credit in terms of “looks” of these effects.

What you’ve made is very cool !

How did you manage to create a gradient map in ASE? I can’t find anything, and what I’ve tried is completely wrong. I really want to use one but it’s too hard for me.
Instead of creating flipbook, you should try to use the alpha dissolve, the render look like flipfbook without being a flipbook but just a texture, it’s magical haha and pretty light (I just finish to create my shader in ASE, so I can share it if you want)

Edit: I made a gradient map, it’s not as complicated as I thought, I connected my texture to an append then to the gradient map and in the append node I put a vector 1 and I can change the index thanks to the vector 1

Hi! I’m sorry for the late reply. There’s been a lot going on in my life for the past couple of months. I’ve looked for VFX jobs literally throughout the whole world but I can’t find any. So I decided to go back to what I originally do: indie games development.

I’m currently releasing a cross-platform multiplayer game (a solo project, so a lot of work beyond development, such as submission to steam/app store and creating all visual and textual metadata etc) so I guess I’ll be a bit “afk” from VFX stuff. I need to heal my broken heart

Nevertheless, for gradients I just use a static (pre-rendered/serialized) image with Lerp. I recently needed to upgrade my OS and formatted my whole disk so everything is currently on a backup disk somewhere, but I remember I got an Editor script for Unity that can “serialize” standard unity gradients to a small png file. That’s how I create my gradient maps most of the time. I will post the script here whenever I have time to restore my projects. By the way, I consider myself an “anti-flipbook” artist. Amongst all the vfx I’ve posted here, none uses flipbooks except the fire loop I’ve created using Houdini. All others are basically some UV magic!

P.S: Check out the trailer for my game I mentioned above, if you’re interested

Hopefully it’ll be released on Steam next month, and App Store the following. 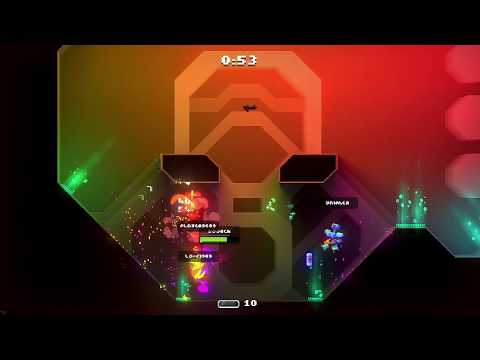 I’m back after almost a year!

While I was away, I released 2 solo game projects and I’ve found a day job as a Technical Artist in a mobile games company so it’s been a pretty busy year.

I realized I was missing a “Magic Rune” type of vfx on my portfolio so I gave it a try.

Unity’s own Recorder somehow records with a terrible bitrate. The “fade” at the end was actually pretty smooth, but somehow compression made it feel like it’s stuttering