I did here a magical effect which should be sweet, pinky and bad lovely!

This stuff was happening almost after 12 hours.
Now I want to improve some parts more, and bring it more closer to the concept, trim the timing. 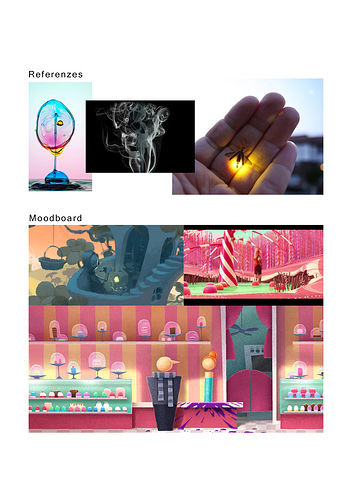 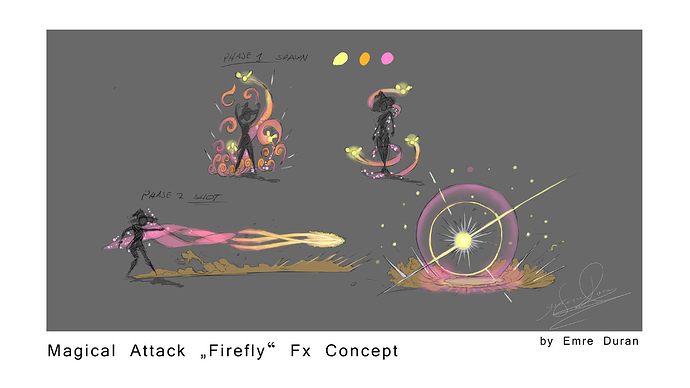 I start with small details like the flash stripes.

I used geometrie, is less transparency space, no textures just a shader, in combination of vertex color.

For the motion i baked the morph in uvs. 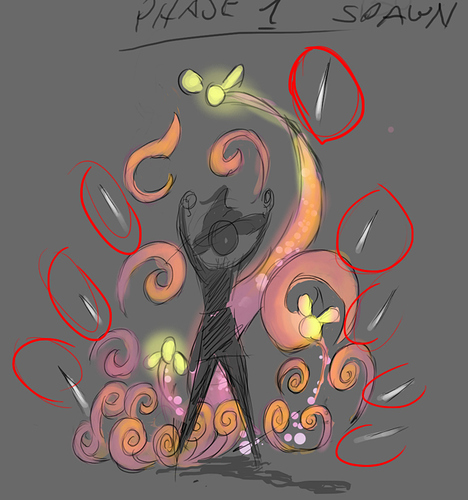 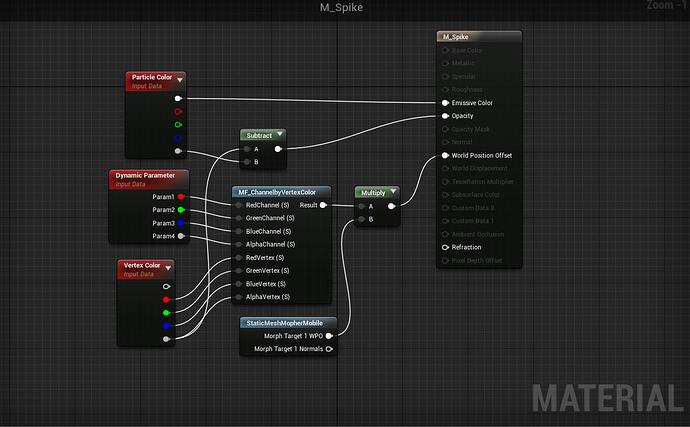 Pretty! I like the effects in general, but I don’t understand the initial smoke coming from the ground, it’s super chaotic and I don’t get its purpose. The tech looks great tho

The purporse of the smoke just a starter for the spell.
So she is creating the smoke, from where the but flys coming up!
But it have to more clear how it is happing.
Thank you Anton!!!

Nice one! I really like your sketches and the colors of the effect but I think the timing and anticipation of the effect could give it a little more power.

This is me brainfarting and do what you will with my thoughts.

It feels a little odd that the fireflies fly up at such a linear speed and then all of a sudden launches at super high velocity towards its target.
Maybe the fireflies ease in towards the top and produce their own little shockwaves as they launch towards their target or start glowing just before launching?
The pink lingering little effects could probably do with slight variations in intensity and spawn a bit faster when they fire away and inherit some of the fireflies velocity? They feel a bit static right now. Maybe try and give the ones spawned around the character a little movement too as the fireflies fly away towards its target.

thank you!!! Every brainfarting is here welcome!!!

Actually, i want that firefly’s becomes the huges energieball!
I am totaly with you! At the moment they not becomes a energie ball, they starting flying fast and shortly befor the hit, they become a energie ball, wich is not more obvious.

some how like that!!
And than the huge energie ball is flying over the ground! It will need also more distance to the hit object.

long time ago that I posted here something.

This time i catch the coming up swirl smoke!
The idea is, the character is creating magical swirl smoke over the ground.
From this magical smoke the fire fly’s coming out!

So I cut and cropped the part with the smoke!
There some parts which i want to improve. At the moment the smoke is popping up very fast with a high velocity, and dissolving from one moment to the other. But it shouldn’t have velocity, and should dissolve much more slowly! 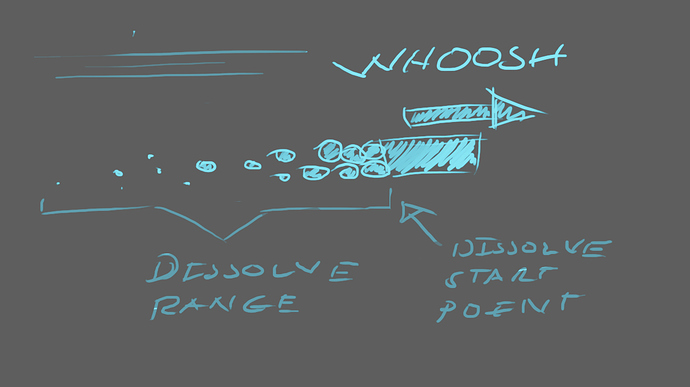 I did a material function for that! 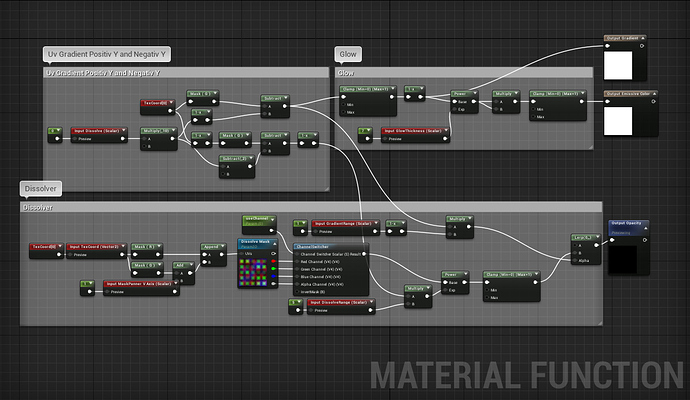 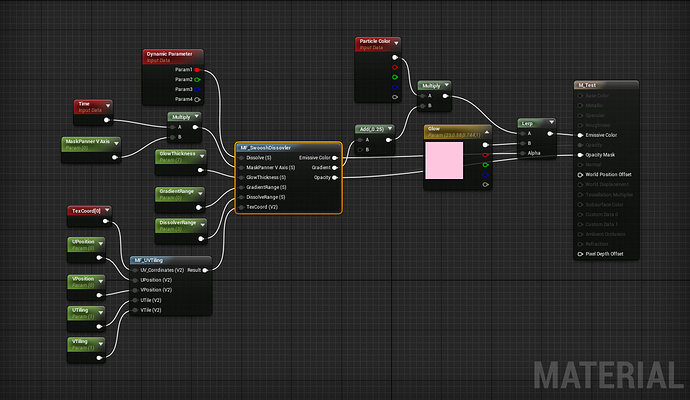 Looks cool! Will be interesting to see your implementation of this into the actual effect. 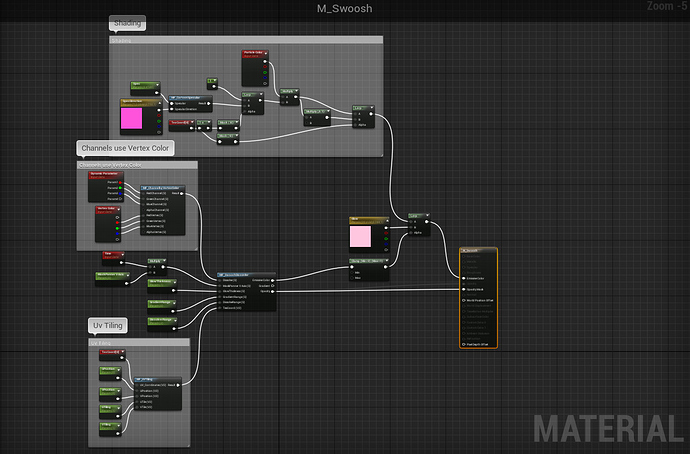 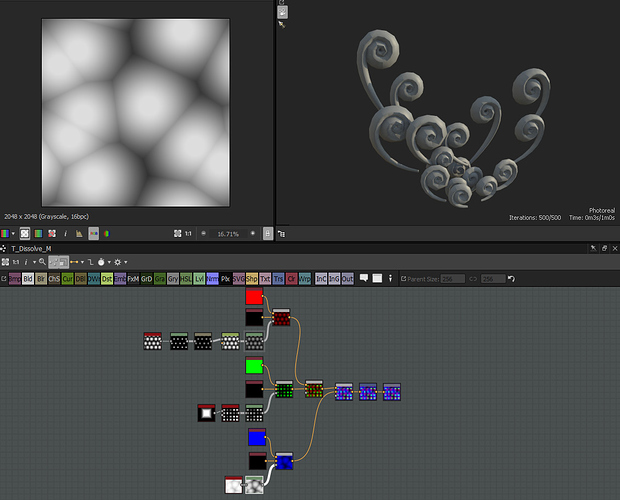 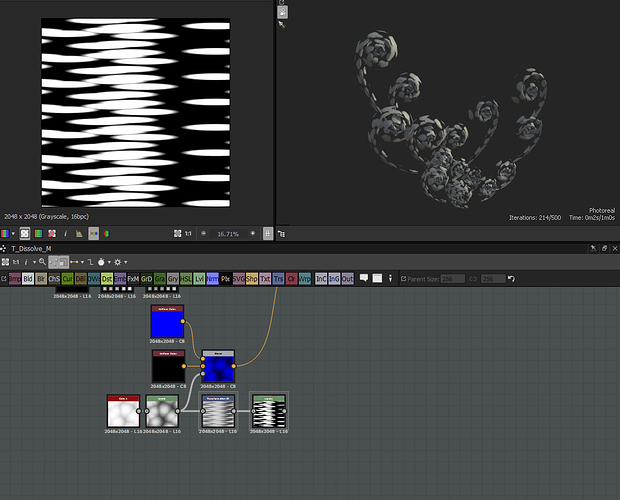 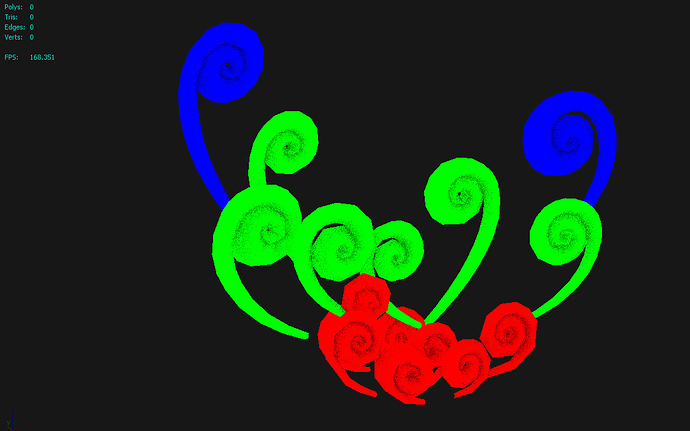 Hey new updates,
I adjust the fireflyies in proportions, shading and motion! 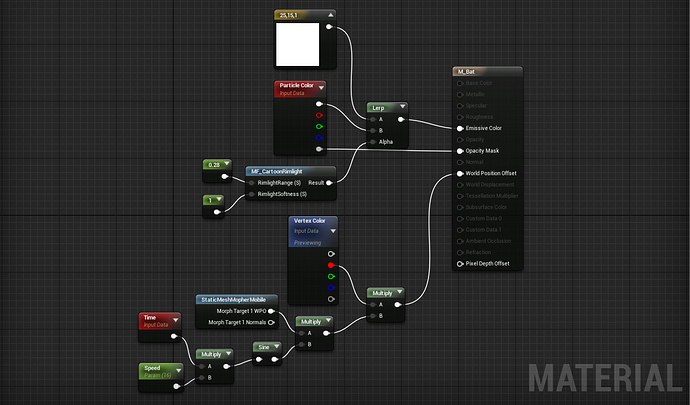 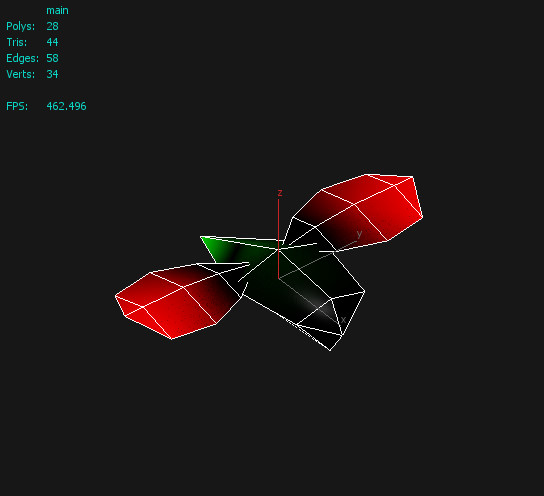 Heyy, any chance you could explain how you did those firefly’s abit more?

I’m trying to create some myself atm, but not having much succes

I am using a Morphtarget which one I store in the us, and vertex colors as weightmap to Manipulate the Morph. In Unreal you will find the “Static Mesh Morpher” Function, this node will allow you to get the World Position Data out from the UV’s. You can store the position of your “Morph Target” in Max with a plugin from Unreal. This plugin is storing the “XYZ” point position in two UV’s.
FBX can just read UVs as Float 2 means it is necessary to have a second “UV” to store the “z” position.
If you tell me your issue, maybe I can help you. 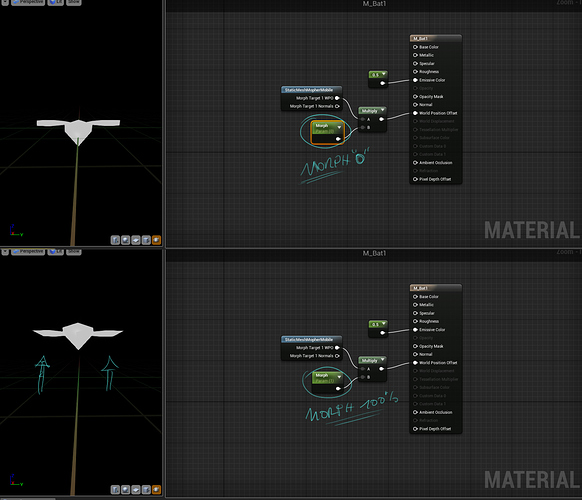 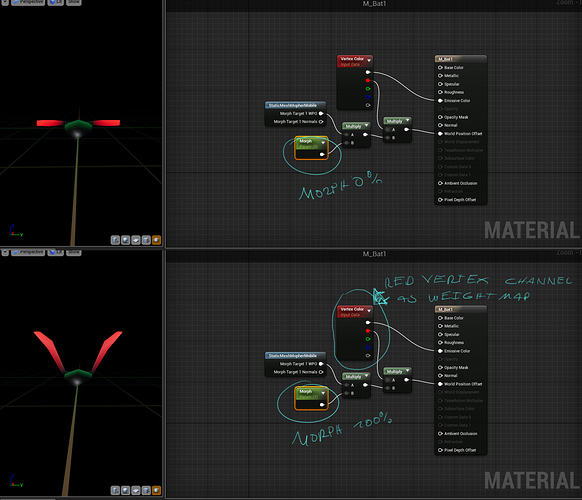 it is long time ago, that I worked on it.
Here new Updates! I hope you will like it.