Final version (might get updated but if so after the sketch is over):
https://imgur.com/a/kkh78mt

So it’s been a while since I last was part of any of the sketches, with the combination popularity of the game “among us” and a really good animation by a colleague of mine I got a pretty good idea for how I want the scene to play out.
I’ll be creating the initial scene with a setup sort of like this:
https://imgur.com/2lLltDM
Where the baneling will be sucked into the portal, transition scene where it says “Sifa got ejected”.
The next scene is where the actual sketch comes into play properly (first scene the comets are more of background prop), there the baneling will fly away in space with a comet passing by close to the camera.

For the portal I’ll be using this as a reference, not sure how closely I’ll go to the ref but I love how they did it so probably something similar.
https://www.artstation.com/artwork/qlrke 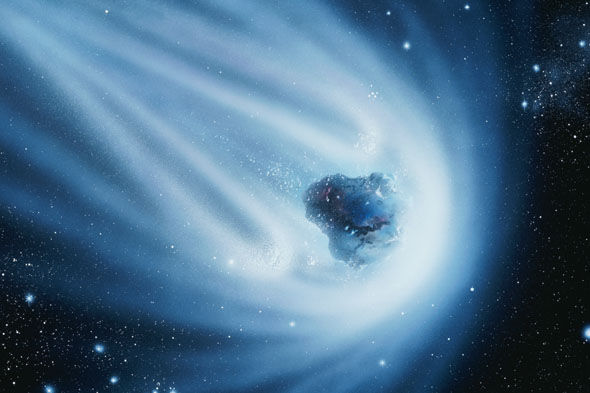 Just a small update, a very basic scene in ue4 with the animation & some megascans assets scattered around. Next up is creating the small comets that will be in the background of this scene and tweak the rest of the environment so everything matches each other.

So got the small comets into the scene, next up is getting a prototype of the portal up and then make sure to get the other scene where the comet will be more in focus. Also added some pulsating glow to the baneling to make it pop a bit more in the scene
https://imgur.com/Kdk9382

First mock-up of the portal done, I’ll most likely go back and change quite a lot of things (also dropped the original concept and going with something else for now) but now I at least have something.

Also went and did a super quick scene for the other scene where I’ll be adding some more proper comets that are in focus and more closeup
https://imgur.com/a/E95BYGy

Haha thank you!!
It’s been a fun (and frustrating because various bugs & crashes) project so far

Added some environmental elements and animated the portal, next up should be working on getting some proper comets in the 2nd scene

Sooo the comet got a bit delayed, ended up getting a lot of feedback and help in the discord to make things look a lot better.
Also ended up using Niagara for the first time, it’s killing my brain a bit learning it but it looks way better then cascade so hopefully I can make complete switch and abandon cascade in the future. 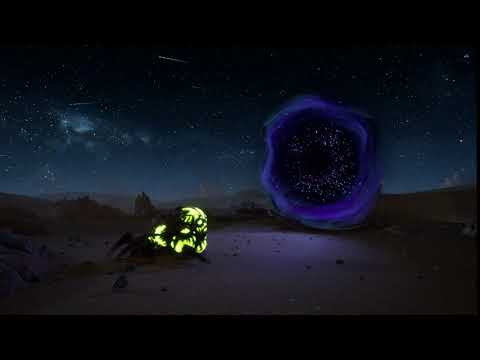 https://imgur.com/a/kkh78mt
Didn’t get enough time to polish the comet to a state I’m satisfied with, but I got something going at least with some meshes and particles. I’ll probably spend some time after the sketch is over to polish things to a better state.

You had my vote for humor!!!

Thank you! Happy to hear that people liked it!