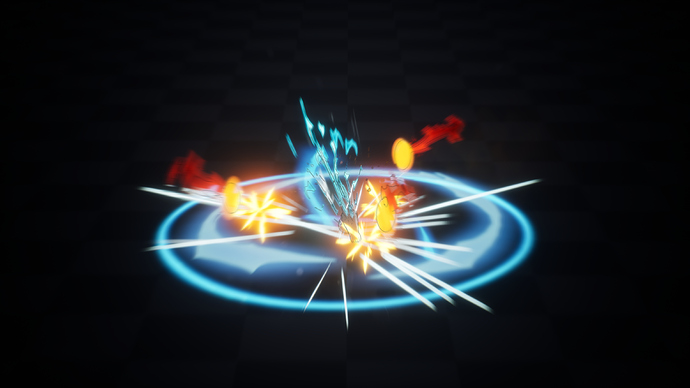 I´m Ati (Björn Riemann) and I´m a junior vfx artist previously working at CRYTEK and since the start of this year at Deck13. I started learning rtvfx about 1 1/2 years ago and also followed this community since then. To be honest I was always a bit nervous about showing off my stuff in here, but now I feel like I´m at least confident enough to give it a shot^^ In both of the companys I worked in I was working on “realistic” VFX (especially for Cryteks “Hunt Showdown”), so I decided to get a bit more into stylized VFX and took Rebelways course for it.

For a starter I decided on this big boy I did for last weeks course assignment “The beam”! 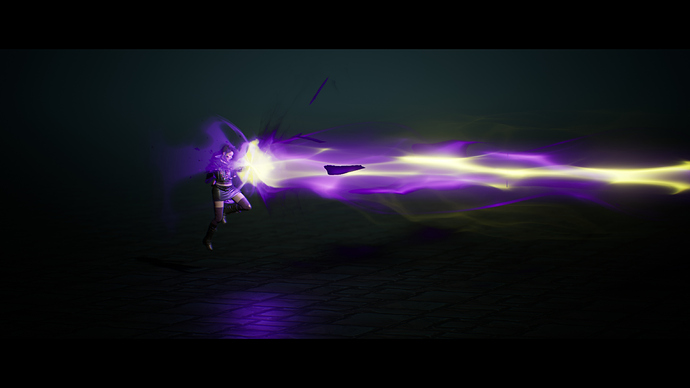 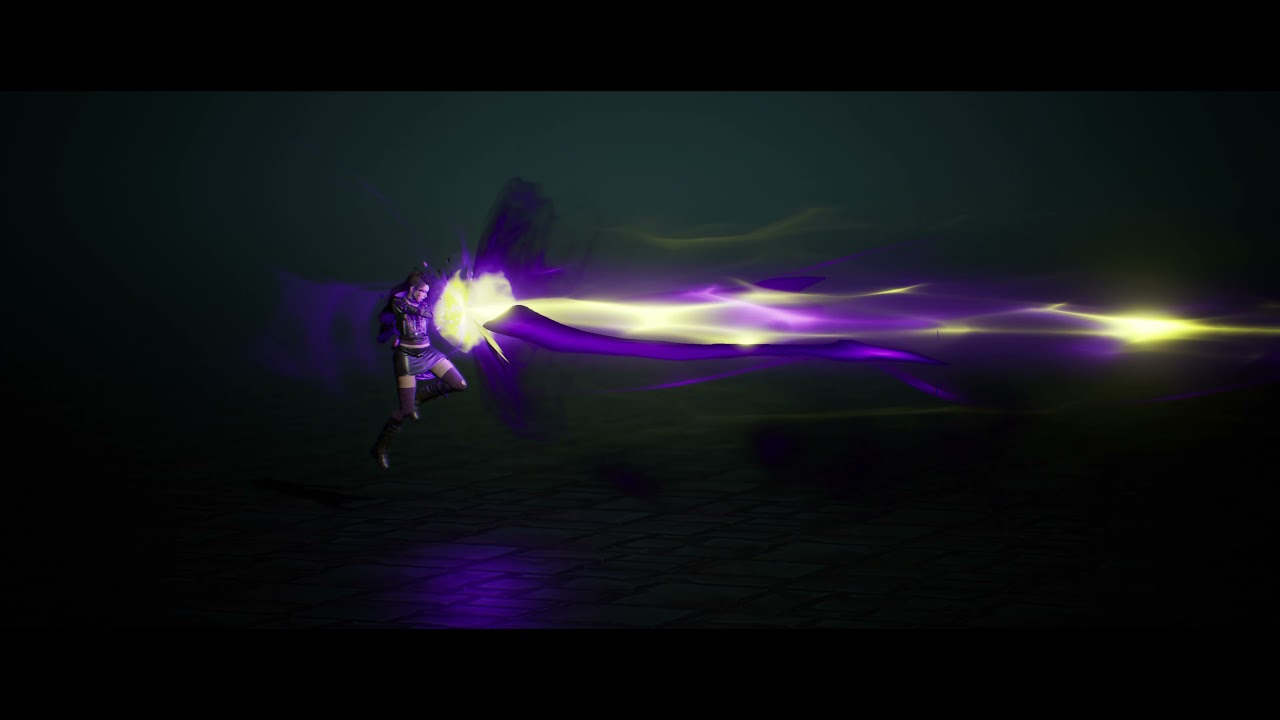 I love the original feeling Sjors beam from the course has, but since I don´t wanted to simply recreate it, I looked into a lot of different effects from games like LoL, Overwatch/ Dota etc.^^
And after some time I decided that I would like to create my own version of Overwatch Moira´s ultimate, but in a less gameplay focused manner (soft shapes, not a perfect representation of the hitbox like Blizzard is doing it most of the time) and more towards the famous League of Legends artstyle.

After analysing the skill quite a bit (and creating this reference board), I created a first version just as a basic timing blockout (don´t have any video of it anymore, gonna do this for the next effect^^). Then I created the textures I wanted to use in a combination of Designer and Photoshop. I created a couple of graphs for the trails/sparks and wispy elements and afterwards edited them in Photoshop to push them more into the soft handdrawn artstyle Riot is famous for (mainly using the smudge tool/blur etc.). 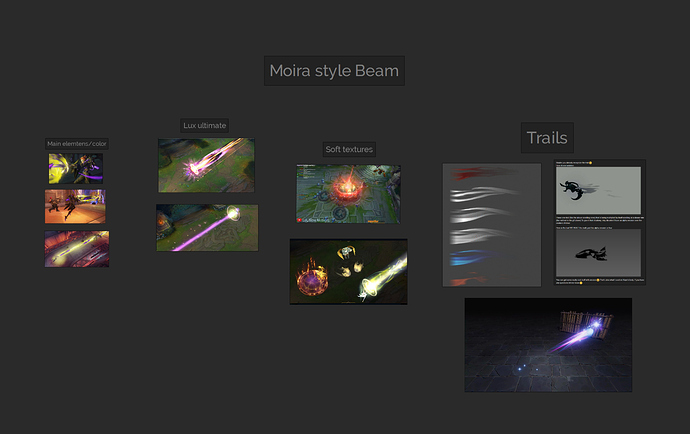 I tried to follow the high contrast “rule” which is documented quite nicely in the Riot VFX documentation (and also explained by Jason Keyser a thousand times^^), but since Moiras color palette was already pretty much perfect in this sense, I just needed to excecute it nicely on my own version.

The meshes were created inside Houdini and Blender mainly, some got created in the Rebelway course and others I created later on, when I realized, that I need some more specific parts. 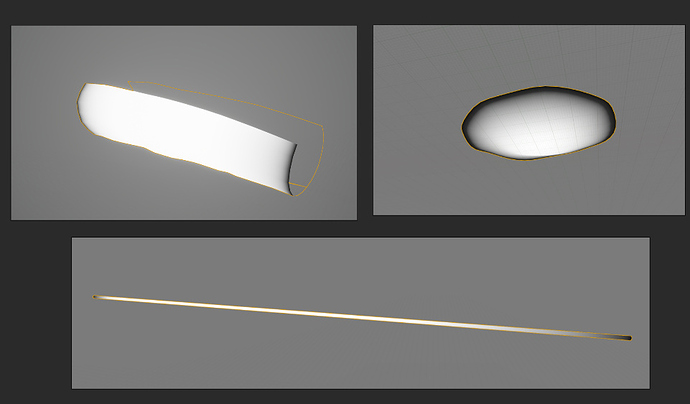 The shaders are quite simple for most parts, there are a couple “more advanced” parts in it, but they could also be replaced with simpler functions, to optimize it a bit more. 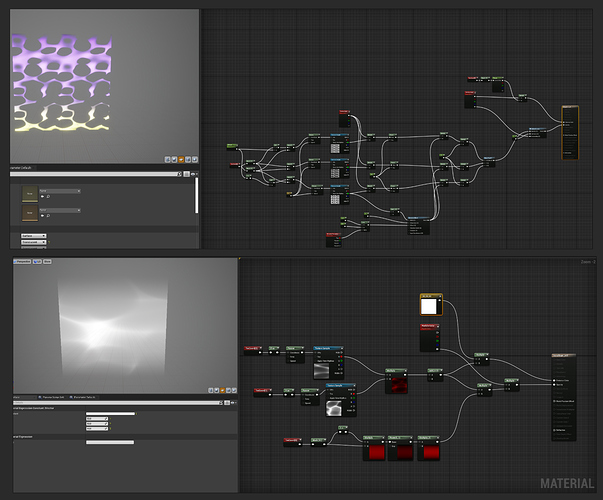 Today I´m gonna show off the latest VFX I created. I wanted to go full on anime style with this one (first time). 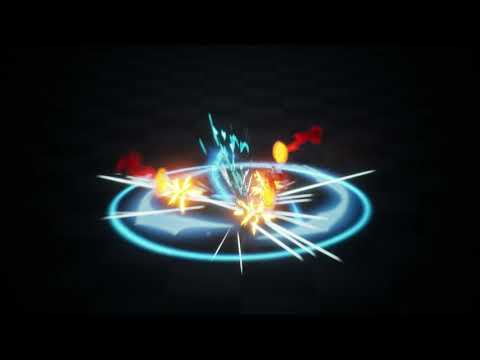 My main inspiration was the Naruto Ultimate Ninja series, I used to play a lot as a kid. Also for the ppl who know Naruto it´s hopefully visible that Juugo was the main reference for this one. It was supposed to be a groundslam and I imagined his power to be pretty fitting for such a skill. 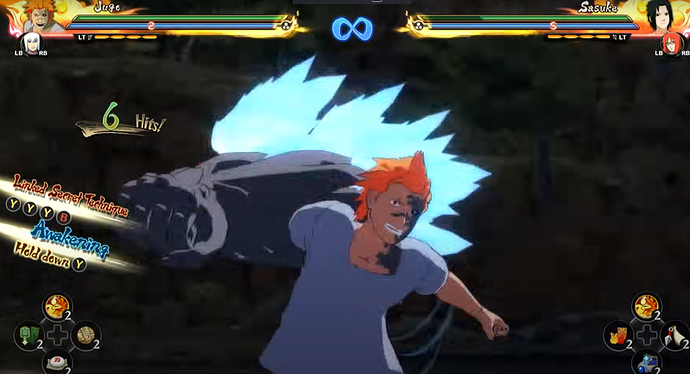 To get the “real” anime look, I worked a lot on the textures this time and used pretty simple meshes for most parts. Everything was handpainted this time inside Photoshop and there is not really a single “komplex” shader(for the materials) this time. The entire look comes from the textures and the movement of the particles.

I think you can see most of the flipbook textures quite easy while scrolling through the video, but here you can see one of the 6/7 I did for this project:

Its a quite simple 1x8 lightning flipbook I´m using on a lot of meshes, for ex. the inner energy ring as well as the range indicator, etc. 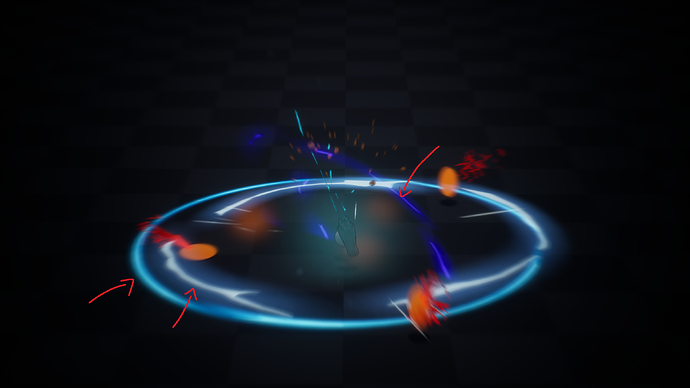 One of the tasks for this project was to create smth “high impact”, that was one of the main goals, you should feel the power behind it. While looking at references (mainly from anime and the naruto games), I realized two things they like to do all the time to sell this. The first one is a radial blur on impact, which I implemented as a first step in a postprocess material and animated it in sequencer. Second I created a single black and white frame also in shader and timed it on the first frame of the impact. A lot of animes use this kind of b&w flashframe to show of the power of an attack and I feel like we as Realtime vfx artists could also abuse this stuff a bit more in highly stylized games. Combining those two shaders with some cam shake and a bit of time manipulation gave me the result I wanted 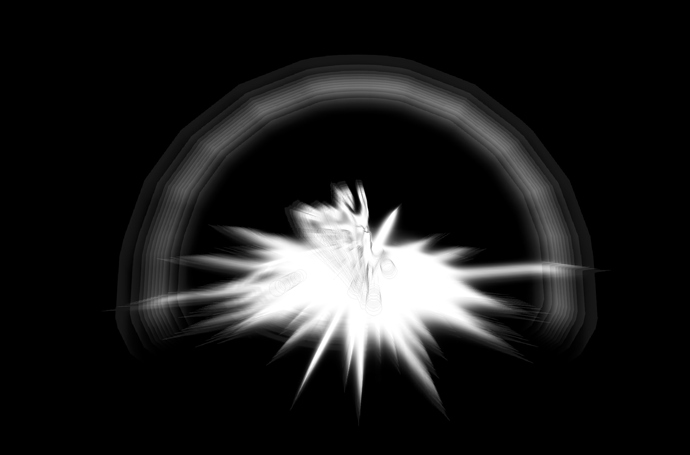 The last thing I implemented was a subtle outline shader, which also gets applied to the meshes spawned in the particle system. That gave the scene a better anime style feeling (even without characters or a nice environment/cell shader).

Overall I think I kinda hit my goal, it feels quite powerful. It´s completely over the top and way too much clutter for a real ingame use, but I just wanted to give smth like that a shot and tbh it was a lot of fun