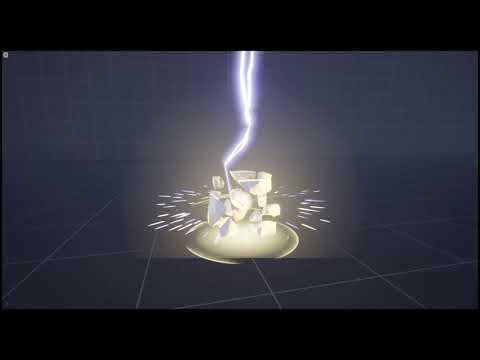 There’s no much time left, but I’ll try to do a simple, light effect to learn three things:

The idea is that a box will channel electricity, not as a hit, but as a source of power.

First blocking of the idea.

Texture from lighting is done in substance painter.

Very nice, keep it up

The main focus was to get the box working with the animation of pivot painter. I used the content examples from unreal (4.26) to see how it’s done.

The box is fractured in houdini, and the pivots are calculated to point out, as a sphere. 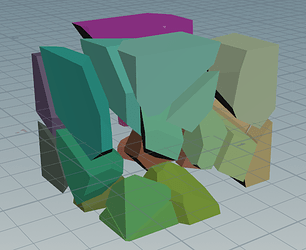 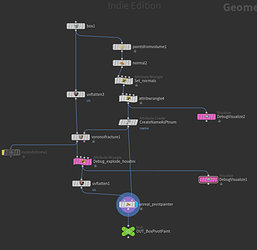 I’m controlling the distance of the parts of the box with a dynamic parameter. I’ve also started to create the final particle system. I’ve change the way the lighting renders. Previously it was a ribbon, now its a static mesh with the same texture.

I wanted to add a little of extra movement to the parts of the box when it’s getting charged. I used pivot painter tool too with a little extra code in the shader to rotate the parts.
This was the testing material with a sine function.

The next step will be to create the flipbooks for the lighting.

so cool and stylized

! These behind the scenes stuff always amazes me haha

Final entry:
The quality of the video could be better but the laptop couldn’t do any more, recording + unreal is a lot of effort

The effect have some things that could be improved. I may do it in the future as well as recording in a more powerful computer.

This is very cool, so neat and smooth animation, i like it.