I’m still a beginner in this whole vfx business and was wondering if you guys could help me with a problem.

I’m trying to pull an Alpha Blend + Additive shader in Unity (using Amplify, I have no knowledge of shader coding as of now). Jean Moreno’s shader does what I’m looking for: 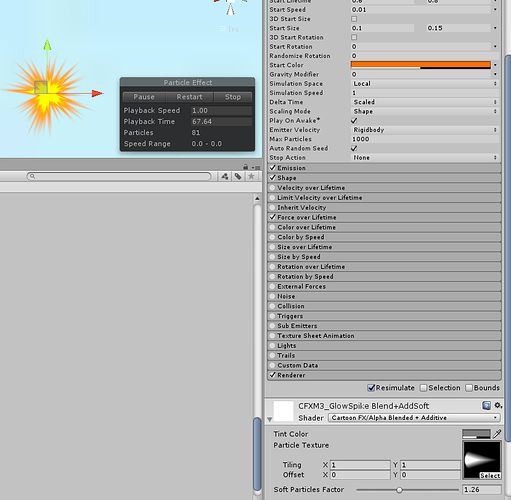 The problem is that I need to assign it an alpha channel directly from the texture: 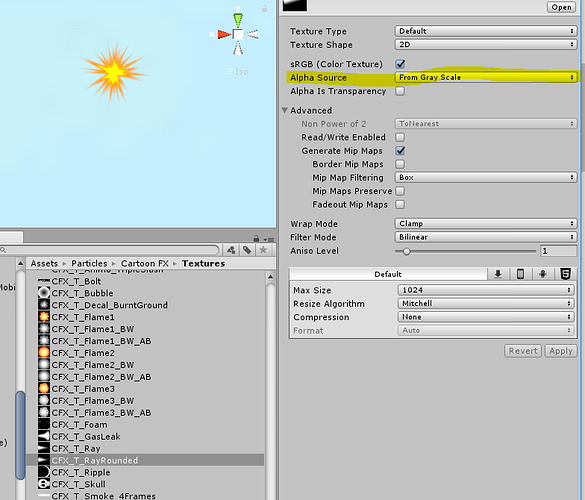 I don’t want to change the texture settings to have an alpha channel, and I was wondering if there was a way to make a shader that takes the black and white from the image and automatically transform it into the alpha channel.

I attempted to do this in Amplify to no avail, it successfully makes the alpha blend, but never makes the additve pass, what am I missing?:

not precisely sure how this is working : [Op RGB & Op Alpha]

BlendOp Op : Instead of adding blended colors together, carry out a different operation on them.

Hey! Thanks for the reply!

Using One instead of SrcAlpha gives me the result I want, but disables the alpha pass: 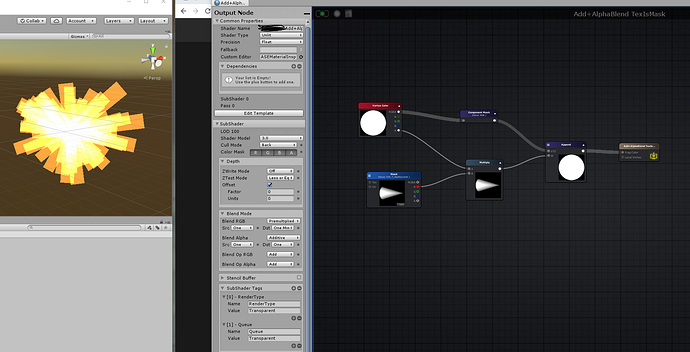 Setting Blend OP RGB to either Add or Off produces the same result, while Blend OP Alpha isn’t changing anything. I tried messing with the Blend Alpha that is right below the Blend RGB, but it’s not changing anything either. I wonder if I’m supposed to be using that to fix the alpha, but I’m just grasping at straws by this point haha.

does that do anything?

Sorry for taking so long to reply. It’s also ignoring the alpha with Blend Alpha Dst = One Minus Src Alpha 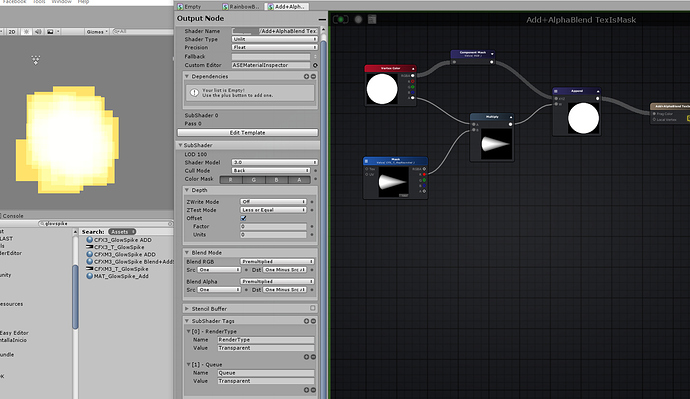 If this is relevant in any way, I (barely) managed to solve this on a default unlit shader in the Text Editor like so:

But I would still like to know if there’s any way to do this in Amplify. I’m thinking maybe it has something to do with this shader not being multi-pass?