Hey all,
I’m stuck trying to figure out how to add an offset to a scrolling shader. No matter what number I put in as offset values on the texture, it doesn’t seem to do anything. I have it applied to these helixes here, and I’m trying to make it so they’re not in sync with each other:

This is my shader graph (used Amplify): 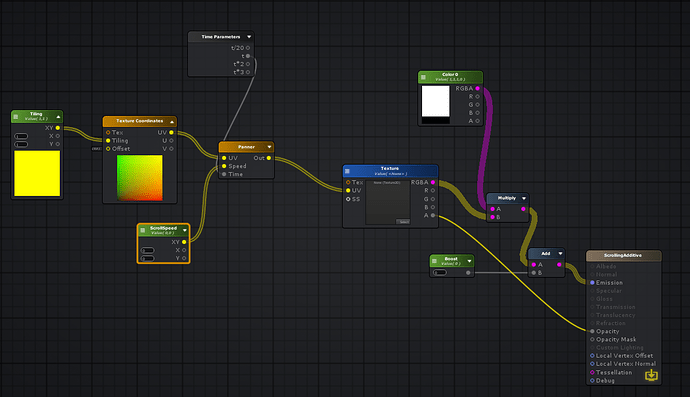 This is my texture with UVs overlaid: 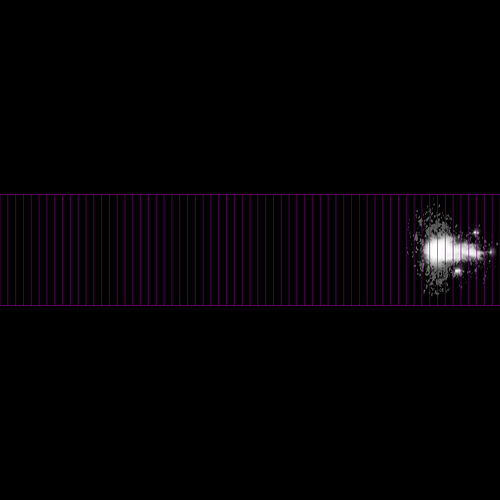 Material setup (the other helixes have different offset values): 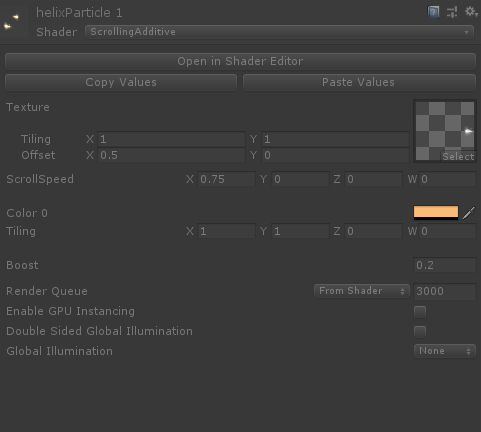 Place an Add node between the Panner and the Texture node, and change the offset there by adding a custom Vector 2 to that.

Btw, would be nice if you could post all the pictures and description in just 1 post instead of multiple ones!

It works! Thanks so much!

I agree it would be nice to put all the images in the first post, but when I tried to do that I got an error message saying that because I’m a new user to the forums I’m only allowed one image per post. I can make a suggestion for them to change that.

Ah! No worries then. Just keep being active and soon you’ll be able to do so! Glad I could help.