I would go with the Second option to answer your question. “I want something that can adapt to anything without having to make a bunch of shapes” because that sounds faster and simple because the shapes sound like they would take quite a lot of work. I prefer which ever one is much faster and easier to do…

You can also try to use a spline and feed it into Niagara as a source. Haven’t really looked into that functionality but it sounds like something that could be interesting from a technical point-of-view and might work out visually if you manage to animate the spline dynamically via BP (or whatever) in a cool way. It would also work (theoretically) from a gameplay perspective because you can easily set the endpoint of the spline to where you want it to hit.

well that’s fine also, but just remember that “faster and easier” usually doesn’t equal “best”. This effect in particular is not the easiest of effects to pull off successfully in RT, but like any other effect - it deserves the time it needs to be the best it can be.

Nothing in game development is “easy”. If I can suggest one thing, it would be to not shy away from from the difficulty of an effect by taking shortcuts via the “easiest” path. That method may be quicker, but there’s no doubt in my mind that you will be sorting out the bugs that come up procedural work. Ex: having trail systems will work for the most part, but will be really tough in situation like in your example gif where the male character (sorry, forgetting that character’s name in the show), wraps the effect around his back. There’s three frames of time there, so interpolation will very likely be wonky. And you’ll have that problem often in combat games. Quick melee moves in games are often SUPER fast (2-3 frames, sometimes even 1 frame of time). Interpolation for procedural requires before and after frames, if those frames don’t exist you need to start adding trickery to your effect.

Aside from that, if you’re going for an illustrated look, IMO, fully procedural usually stands out as procedural instead of deliberate and with a clear story behind it.

All that to say - sometimes the “easier” route is not actually easier. In your case, it might be and it will all work out beautifully, and I really hope it does.

As for assets - if you’re working in Unreal, there’s TONS of free stuff on the marketplace and even in the sample assets. I’m sure the same goes for Unity.

You are completely right.The easier way is not always the best way.In some situations it may be but in some it may not be so i will take that into considration for the rest of my life.Thanks for you response and feedback

That Could actually work.

btw - I just want to make it clear that I was not trying by judgmental and I hope my comment didn’t come off that way.

The take-away is that effective planning and thinking about what you want is what will help you decide the best path to completing your effect.

I would definitely try this as an option as well. funny enough, i just did an effect this way and didn’t think to mention it.

This option might be the best of both worlds.

I know you didn’t meant it that way.I am not offended,if anything ihave been enligthened

I have created the rig in Maya Using Motion trail but when I took it into Unreal, The Animation seems to not follow the Mesh and Play. How do I get the Rig to work In Unreal

I finished my water effect but cannot upload it here.

So I have no clue what the point of this video is, specially under the last airbender water clan effect topic.

That being said, your FX_Explosion needs a LOT of work. Before I get into stuff like timing, animation, different elements etc (which should be pretty straight forward if you did watch the certain pluralsight tutorial files you seem to have in your content folder), lets start with the obvious… Why are they all hard edged quads with no opacity?

Also, you’ll definitely want to make your SubUV’s animation more prominent. Start with spawning just 1 quad and play the flipbook on it to test it out first, then once you like the desired motion and timing of spawning the images go back and start animating the particles for variation. The translucency and multiple spawned quads at different rotations are just completely out of whack and my eyes are unable to catch any motion currently.

Check out some references:

Notice how the fire burns away all the leaves at the bottom and only spares few on the top. So get rid of the bottom leaves and just keep the top ones the fire doesn’t touch intact. Play with the bark/branch material with a mask to add charred (burned) texture closer to the bottom.

Hope this helps with your goals

It was for critiquing purposes

Well OK then, there you go! Now apply it.

Also, for next time try posting a max of 30 second clip showcasing just the 3 effects you had instead of a whole 8 minute video I need to skim back and forth on.You can post multiple 10 second videos even, it’ll be much easier than one long ended video where most of it was you bouncing folders and dragging & dropping stuff.

On Asking for Feedback Resources & Knowledge

Imagine the following: You’re invited over to a friend for dinner. Upon arriving, your dinner is served in a small box. You can’t actually see what the food looks like, and you weren’t around while it was being cooked, so you’re not even sure what it’s supposed to be. You take a bite, and your friend asks “What do you think?”. You can certainly taste it, it’s definitely food, but you’re not sure what to compare it to, so you simply say “It’s good, I guess?”. Your friend is delighted, and immedia…

I am almost done with my water effect. I Tried rigging and animating it but it did not work out. I was wondering if anyone knows how to bend an object if I rig was not applied to it.

bend it with a spline mesh

where would I find The Spline Mesh? 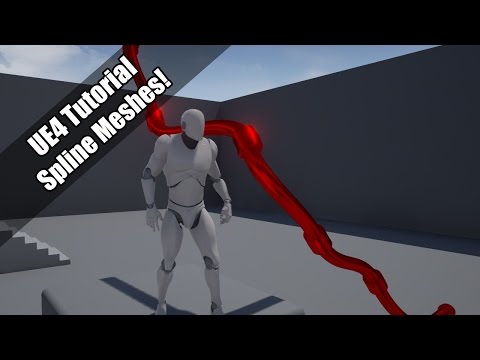 I have a question that has been bugging me

do i need to create a splash material and particle to make it successful or will that happen in the collision?

If so, what if the target is also made of water

because my target is made of water as well