My name is Trevor McTavish and I am a third year student at Ringling College of Art and Design who has recently developed an extreme passion for VFX. I am creating this post as a journal to document and share the VFX that I am developing this summer and beyond. I appreciate any and all forms of critique on anything posted here. I sincerely appreciate your time checking out this post.

Thank you! And best of luck to everyone on their VFX endeavors

The following video and url to my artstation is my first major VFX particle that I have created. It was a major introduction to VFX and I sincerely appreciate the time of Jason Keyser and Shannon Berke for the tutorials and breakdowns they have posted and shared with the Realtime VFX community. Thank you! 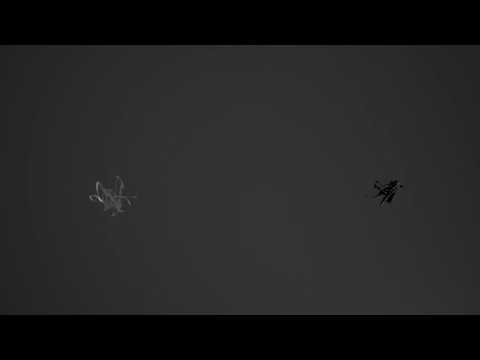 On to Project Two. Below I have supplied my initial project synopsis, reference, and a few trail concepts that I have made. Will supply more progress tomorrow. 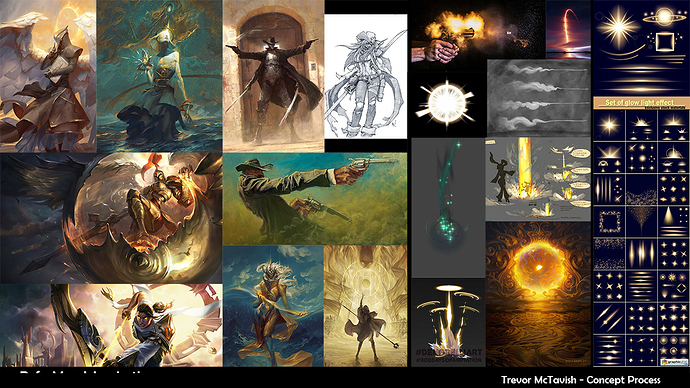 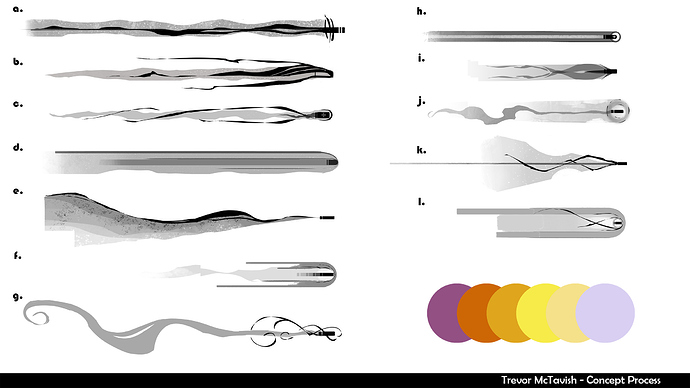 Developed a few more trail concepts and will be committing to designs C & J; combining the shape language of trail J. with the outer ribbon design and base bullet of C. If you prefer other designs please let me know! I would love to hear your opinion and value your critique.

Todays video shows the base trail particle. Tomorrows update will include the desired smoke trail effect, in addition to the outer swirling ribbons. Thank you for your time on reading this post today

Did not have as much time as I expected today. With what time I had I decided to create the initial release of the particle. I wish to push stronger shape language into the flare and will do so on my next update. Decided to edit this post instead of creating a new one as major changes have not been implemented. However, I wanted to maintain posting material. Thank you for reading this post and your time

Example for initial flare shape language I wish to add for future reference: 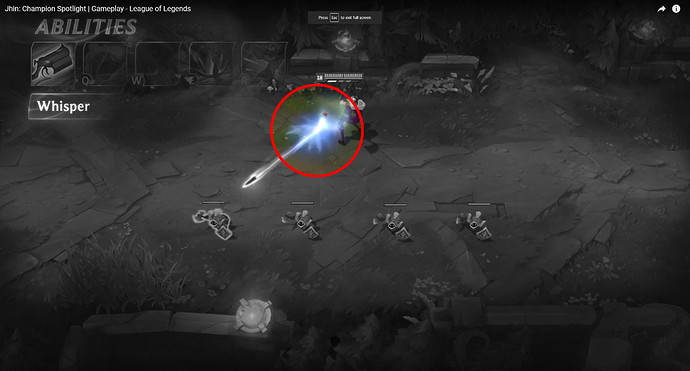 You’re stuff is looking really good man. You seem to have a good eye for subtle detail which comes across in your work. Looking at your more recent yellow missiles I like the overall feel of them. Something that catches my eye is the repetition of the same trail pattern which could be broken up a bit. Also there’s points where the trails gets a bit crunchy, or small in detail. It might be solved if the camera was placed closer or the details bulked up. Also, the glow is very bright on the front, and then there’s no glow for the trail. It might be cool to see some of that glow carry off into the trail of the particle for brighter areas.

Appreciate the feedback and kind words Petrie! Once I have access to my work PC come Monday I’ll upload another video with changes based on your critique. Appreciate your time on this, and thank you for being the first response to this thread. It means a lot!

Yo Trevor! This is looking pretty awesome, cool to see you’ve been busy since school ended. I think it would be really cool to maybe get a little bit more directionality in the shape of the bullet itself, to help add the sense that it’s moving quickly. Edit: on second thought it might be there, but the glow covers it up a bit too much so maybe adding the sense of dissipating magic through it as if it’s burning would solve that. But it’s looking great dude keep up the awesome work!

Thank you! When I get back to this Monday I think I’ll be reducing the overall glow effect around the bullet so that it isn’t one big blob of glowing magic. I’ll definitely apply a material on the bullet itself, appreciate the awesome idea! I’ll apply this critique to the updated video I’ll post here. Thank you for your time Jason

I love the trail behaviour in this effect, how are you achieving it and what are you working in? (Sorry if this is obvious I am a beginner and fully self taught

Hello everyone! Apologize for the long hiatus, school and all that good stuff

I’ll be continuing where I left off with (had to dust off this old file) and get back to work. In addition to the base projectile two other abilities have been made.

-The first is a HoT once it touches the ground. (will have a vfx set later that gives the character to shoot the orb for an early heal burst, but not was strong as the HoT).
-The second is a visual reload indication for the guns that the character would use.

Overall I feel as if the project has taken a step in the right direction but needs a lot of love; a few dynamic texture pans in trails, a re haul on color, and an awesome crit from the community

Hello
I’ve a few nitpicks on this so here they are.

The HoT
Yes on your color statement. I assume all of these are going to be part of the same power set, so adding the colors to unify the set is essential.

The timing of the Hot elements make sense and are good but seem a little slow. Is there a gameplay reason for the charge to be as slow as it is? If so then cool. If not, I’d say speed it up a bit. When the feathers touch the ground there could be a burst there that releases the HoT in a more dramatic way. It doesn’t need to look like a violent explosion but some release of power would be great.

The feathers that come up from the ground are good, but if you were to add a burst you might want a primary burst to release with a high drag with the elements you have there as secondary.

I’d think about turning the ring into something less uniform, and making it visually more in line with what the HoT elements are. You might want to think of a way to remove the ring in a less uniform way, if you go with a ring that looks less like a ring and more like an area of effect for a healing spell. Could be a sigil, druidic, angellic, or something less like a perfect ring. Same goes with your target for the spell.
Finally the HoT duration seems to be less time than the charge up. Can you add a mesh ring to the ring with an energy upward that would act as a visual timer for the duration of the HoT. Would be active when the ring is at its largest. Would indicate the amount of time left on the HoT without using a HUD element.

The Reload.
The timing is good, but again some kind of upward burst per reload in the middle of each charge with whatever color treatment you might want. If this is also meant to show enemies that you’re fully loaded, then some kind of indicator might help.

The perfect ring works well here, since it seems more like a HUD element instead of an in world spell.

Your transition out is underwhelming after the last reload is set. You might want to think of something that indicates a fully reloaded character. Now it ends as an afterthought.

Let me know if you have any questions.

Appreciate the crit Fred! I was able to find time to edit the HoT and acted on your feedback. I sincerely appreciate your time.

I plan on bringing back the rotating feathers. For now they are removed though. The first half of the particle doesn’t have a color set applied, the second half does. I wanted to test the waters with this segment before applying it to everything. I’m content with the current color scheme but am willing to change it after feedback.

Hey, Trevor! I’d say, overall, the individual elements of your effects are well on their way. The trouble i’m having is that each element doesn’t quite marry with the others. For instance, on the golden missile, i can clearly see the wisp element, and the speckle elements in the trail, but they don’t relate to each other in a cohesive way. One major trick to VFX (even stylized ones) is to make them believable; give a purpose to each element, whether it’s emitting energy, breaking off a larger cloud, receiving light from a neighboring element, etc. Being conscious of the inner workings or mechanics of your VFX will lead to a more cohesive outcome.

Unsure if that’s crystal clear, but I hope it helps!

Big update. After self examination I wasn’t happy with the work I was producing and attempted to push myself with studies and create higher fidelity content. I have a lot to learn, but with each project I prioritize learning something new and acting on all the feedback I receive.

Here’s what I’ve worked on recently or am currently working on (all videos should be available up to 4k res): 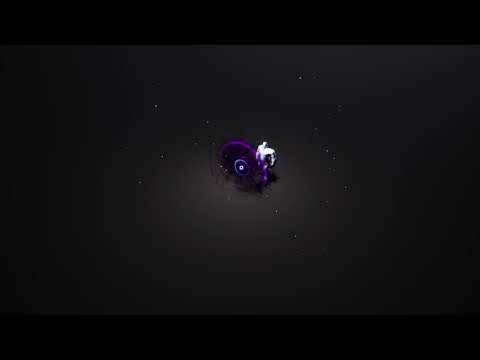 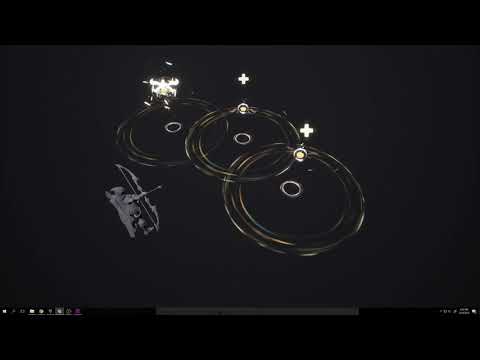 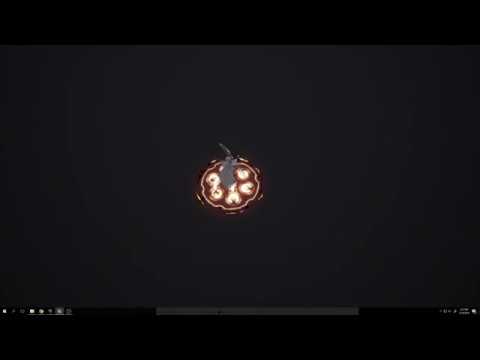 I didn’t want to spam Realtime with my in progress updates so I made a twitter that I post on frequently with WIP material and a few breakdowns of my texture work in Substance Designer: https://twitter.com/Tem_McT

Examples of a texture breakdown I posted on my Twitter: 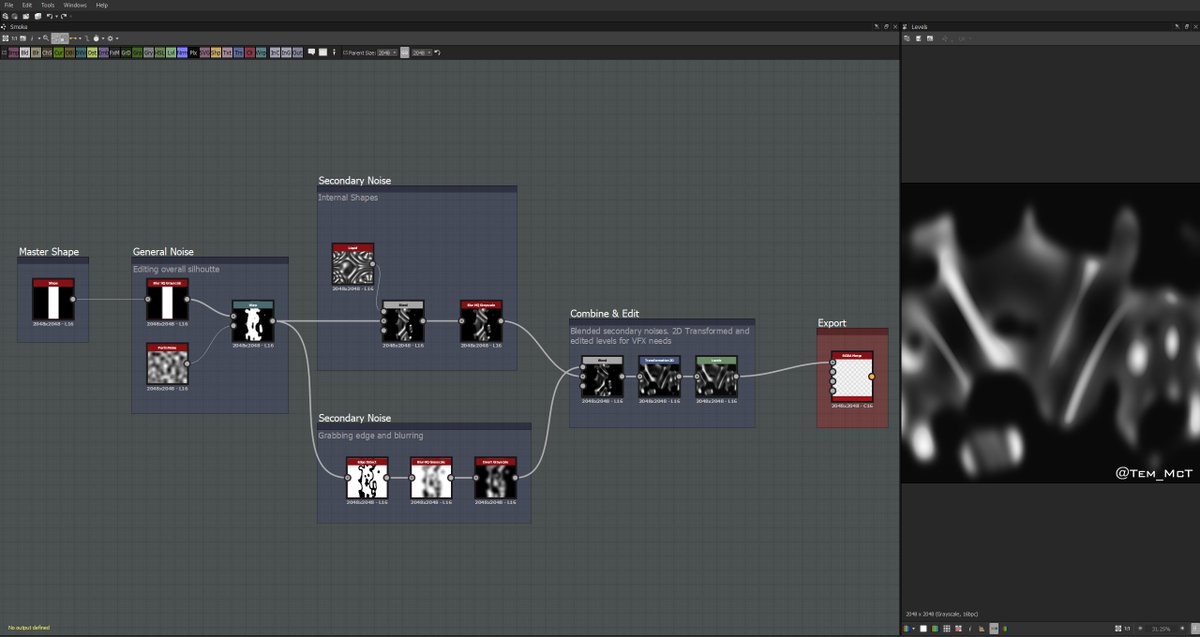 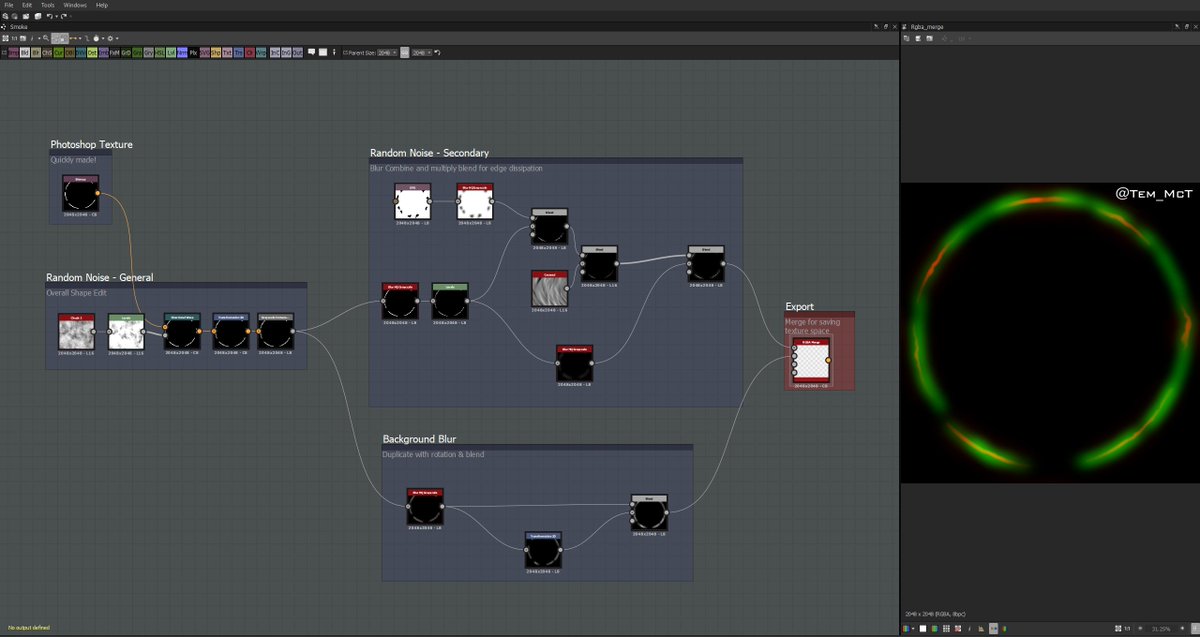 I’m open and ready to proactively act on all feedback. Thank you for your time Realtime community.