I started following the Houdini tutorials from Steven Knipping. Here is the first result of following his steps 1:1

Lots of really nice detail in there! Out of curiosity, what is your voxel resolution and scale for this sim?

Gorgeous! Thanks for the link too, I’ve been blasting myself with Houdini knowledge the last few weeks so this is very helpful. The next trick is: How to get this into UE4? Flipbook? Motion vectors? That’s my next goal.

@ryvanc very good question. because i was never sure how many voxels are necessary and while film people like to invest many resources and gigabytes of data i’m as a game guy think like “can’t we get away with 100.000 voxels?!”

i’m always very very careful. the tutorial showed me that well … a lot of voxels are necessary to get nice detail. The voxel size is 0.016 everywhere: in the smoke object, the “rasterize volume” etc.

@kimber yes, flipbook + motionvectors would be the way to go (if you want to have slowmo in the game, if not, no motion vectors necessary i’d say) but for me i’ll continue learnering and hopefully can translate my knowledge into sketch22 which i never finished

Hi, it’s better make explosion using a lot of small particles for smoke&fire. Many developers told me the same thing when I uploaded my asset with explosions to the Asset Store.

I understand your message when I read it 3rd time. My English knowledge…
I mean different. It’s better to simulate 1 round-shape explosion and use a lot of particles in the engine instead 1 big particle with sprite explosion. This is especially necessary for VR. 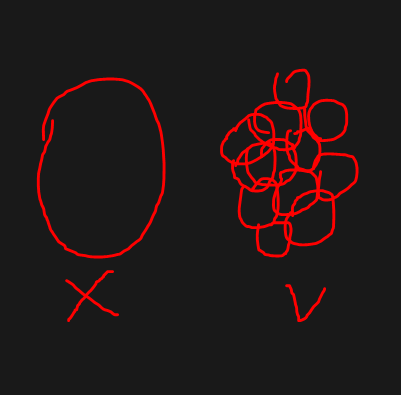 Except explosions for 2D

ah! you were talking about the explosion in-game and not in houdini!
interesting … i understand that many particles give a better volume but on the other side: if you use too many you get a lot of overdraw which can be a performance problem.

. But for VFX Graph it’s not a problem. I hope that soon it will work with a standard render.

Interesting! What does VFX Graph do to handle the overdraw created by large amounts of flipbook sprites?

It uses GPU instead of CPU

Ah, I think Simon was referring to overdraw being the problem, which is always handled by the GPU.

Honestly I don’t know how it works, but hundreds of tests say that VFX Graph doesn’t have problems with lots particles.

@Hovl I think there is a misunderstanding here. Yes, the CPU can handle less particles than the GPU. So on GPU you can simulate millions while on CPU it’s better to keep the amount low in the thousands. Also because CPU has other stuff to do like AI, Gui, Physics (if not calculated on GPU) etc pp.

BUT: This only refers to the pure count of particles and not about their size+overdraw. Overdraw is always a problem but the advantage is, that you can use MANY small particles on GPU and form interesting shapes with those while on CPU ot get the same results you would most likely get a low performance OR use bigger textures+particles which then create a lot of overdraw.

Example: Imagine you can only calculate 10 particles (because the CPU is very very slow

) but you want to have little dust-flakes in the air. One idea could be to display 10 BIG particles with such a texture: 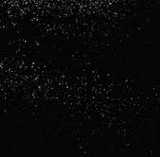 This gives the impression of many small flakes in the air but also: 99% of the particle would be rendered transparent and would create overdraw even thought there is no visual gain from it.
This is the perfect example where GPU can come in where you put 1 (really small) particle per dust-flake to get a nice visual but having almost no overdraw because none of the particles overlaps.

So, yes: GPU can handle more particles but we still have to be careful to NOT use too many big particles/sprites which create to much overdrawn.

There is no misunderstanding here. It’s just that I was mistaken in the subsequent statement.

I continued following the Houdini tutorials from Steven Knipping - this time Volumes III . This time I changed it a little bit. After following it 1:1 I decided to NOT have “just” particles which fly up and then gravitate down - I wanted to try this circular shape like when the sources circle around an atomic core

Tutorial Volume V finished. Didn’t come out perfect but it was hard to follow as the tutorial was recorded in an earlier Houdini version and SOOOO much has changed:

how difficult did you find it to follow? i just picked up those tutorials since there was a discount.
looks really great btw!

Thanks! The first (i think) 2 parts are great to follow as they where recorded in H18 so everything is 1:1 to follow. But then the videos get “older” because they are recorded with older versions of Houdini and it’s hard to reproduce the steps - the comments in the comment-section are all like “please update the video”

Especially “Volumes V” was hard and I had to spend a lot of time to get something decent. But in any way it’s totally worth it because a lot of knowledge is shared.