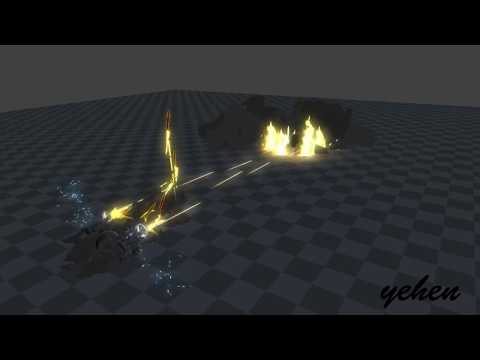 This is my new VFX works.

I love these ferocious effects. how did you achieve the glowy bits on the explosion clouds?

It is 's unity shader of dissolution

This is awesome! Great stuff!

Holy crap, good job. Love the timing on everything.

I kind of wish the 3 stages weren’t so close together so we could see them better though!

Thank you, buddy,I’m glad you like the special effects

Yes, I was going to make third special effects in the form of a nuclear bomb, but that effect was someone else’s idea, so I was able to distinguish between the second effects and the third effects in the same material and in different forms. That’s why we need to speed up the pace.

Makes me wish the designers would let me determine the damage timings!

Hey! Can you make a simple tutorial of how did you done this awesome explosion effect? I just don’t know how to make a dissolve shader for explosion