Hey everyone!
This effect started as my take on this month’s challenge of making magical fire with only a circle texture, but I quickly broke the only rule and just kept going with it because it was fun.

In the beginning I was wanting to recreate the Dive Bomb from Sunset Overdrive, this move.

At this point I think I want to add more stuff to it and try to make it into its own effect.

Any feedback or ideas to enhance the effect would be greatly appreciated!

It would be nice to add animation to that sphere.
The effect is good :이를 드러내고 웃다:

It would be nice to add animation to that sphere.
The effect is good

NEW STUFF!
When I got back from GDC I was super inspired and excited to work on a new project and apply the awesome advice people had at the event.

Right now I have the bulk of the ice attack blocked out and next want to work on the impact and casting effects.
I made the mistake of creating the pieces of the effect first and continuously putting off the concept art until later, and I feel like that’s now showing. Right now I find it to be an awkward middle area between a player spell and a boss attack.

This weekend I’ll be iterating on concept art to better define what the goals are for the spell, and what sort of story I want to tell in this effect.

Any bits of feedback and ideas would be super appreciated! 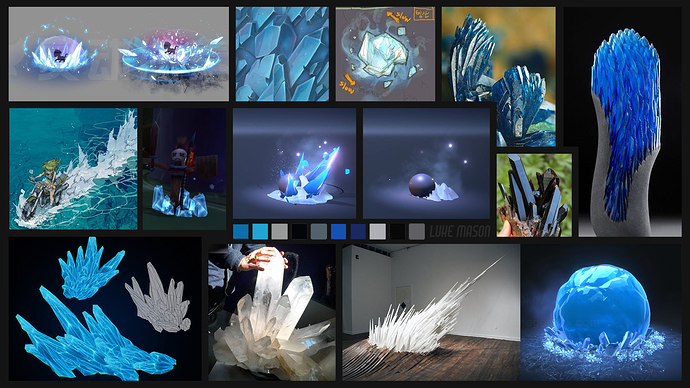 After some concepting and a lot of iterations, I’m now feeling happy with the casting portion of the ice spell. Many a sketchbook page has been filled up with me trying to figure out how the ice trail would be conjured into existence.

I blocked out each of the phases for the overall effect and now want to polish the various steps.
The next step I want to take is to put more emphasis in specific moments of the effect, and subsequently de-emphasize other parts.

Also, any and all feedback would be super helpful at this stage, thanks!

This looks real good, The only bit i thought looks weird is the debris near the end, Both how they fall and how they disappear /behave.

Totally agree with the debris looking weird, surprised I didn’t notice how floaty the ice looked at the end.

Rather than having the ice meshes fall with collision turned on, I just made them shrink over time, hopefully to not draw as much attention to the debris.

My only note for the debris is that it feels quite soft. Since you’ve got jagged ice shards, maybe make some of the debris a bit more jagged?

Finally out for summer break, enjoying all the time to solely focus on effects again!

Followed along with the Killer VFX Course video on concepting in photoshop, in which we painted an explosion and wanted to follow it further. I knew I wanted to practice more with alpha dissolving and vertex displacement, so I made that the main theme on the technical side of the effect.

I wanted to try and make a more League of Legends-inspired take on the mushroom cloud explosion and get more experienced with their snappy timing.

Any bits of feedback and ideas would be super appreciated! 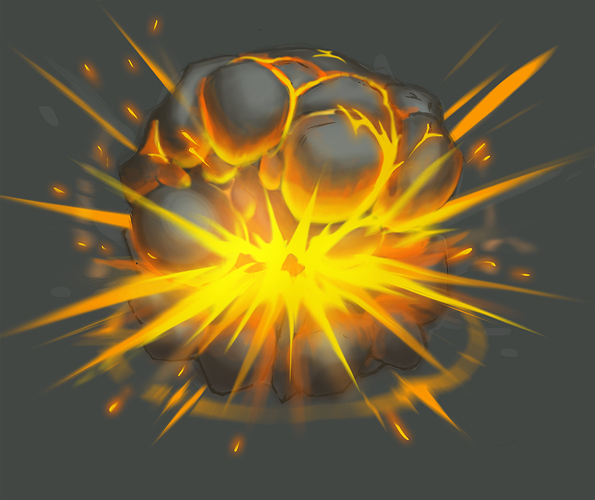 Brought the fire into the mushroom cloud itself, added more fiery bits at the heart of the explosion and tweaked a bit of the timing.

Main concern is in the actual dissipation of the mushroom cloud. One of my main goals with this piece is to not have it hang around longer than it has to, but in doing so, am having to walk a fine line as to how the smoke would leave the scene.

Any ideas would be super helpful!

You make it better and better!

Started my Saturday off wanting to doodle some textures, not with any real end-goal in mind. After noodling around with them in unreal for a bit, the textures decided they wanted to be a portal.

Made for a laid-back lil weekend project, particularly fun seeing how many pieces I could squeeze out of the few textures and some meshes from VFX Apprentice.

Might even have to start with an end-goal in mind next time, we’ll see 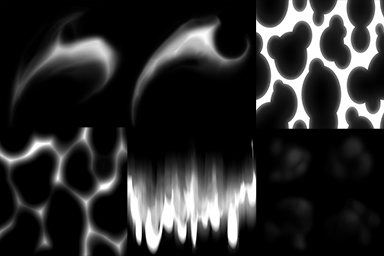 Can you tell me how to make ice model growth? Whether to use houdini

Good question, it’s actually all done in Unreal, and is simpler than it looks. I should probably polish that ice spell up and make a more official breakdown one of these days.

Essentially I’m really quickly moving a particle emitter along the path of a spline, and the particle system itself is really quickly spawning a bunch of ice meshes in the direction of the spline. For added flavor, I’m animating the ice meshes to grow and shrink for added ‘punch’. All the rest is just some ice chunks, snow particles, etc.

Here’s an early screenshot of the spline to help get the idea across. I later simplified the curve, but the general concepts still holds.

Thank you Baskins for helping me answer the questions so quickly and quickly.