I’ve made this thing in unreal to experiment vector field with particles GPU, but i’m not really satisfied, i think it’s maybe more in term of timing, i don’t know…
Anyway, this is why i make a first post here, i really need feedback to see where i’m failing in it, if you have suggestion, opinion, ect, it will be very cool ! 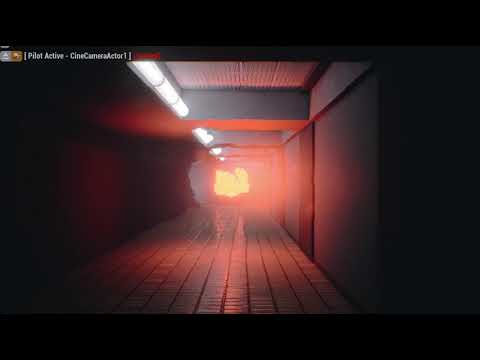 Hi Julien, very cool effect! Nice use of distortion and lighting. I would be quite concerned if I came upon this anomaly in the middle of a random hallway.

Now, you ask for feedback to see where you are failing, but that is quite difficult as we don’t know the purpose of the effect! What exactly are you trying to achieve? It might be perfect for its intended use and giving feedback without knowing would be a bit irresponsible.

If it is just an art piece and you are looking for suggestions to make it more interesting, the grey cube at the beginning could use more detail. Perhaps some punchier transitions in between states? The flat yellow VF particles could use some color and size variation as well. Also a bit bothered by the seemingly mismatched colors of the lighting and VF particles later on. At the end, you could add a quick outward velocity to the effect as a whole for a bit more finality, instead of just fading away. Just some thoughts. More variation and more details are generally helpful.

Yeah, it’s definetly that, a kind of art piece. I want to make a contrast of form between something very noisy, composed of particles in a strict-brutalist corridor.

Ok, your views seems very pertinent and usefull to me, i totally agree with it ! i’ll work on it !