After a long break away I am back to some vfx studies.

I started this effect to learn some more complicated VFX interactions, well complicated for me anyway

I am happy with the basics of how it looks at the moment but as im getting closer to the end of time on this project i find the effect looking a bit flat and boring.

I’d like to know what you guys think could be added or improved, i am open to redoing almost of it!

(This effect counts as a two turn spell in my spell system. Which is why there is a slight pause between the summoning and the throwing of the projectile)

the stone fist ability from dragon age:inquisition always felt very fun and satisfying to use so this might also make good ref: https://www.youtube.com/watch?v=Lf8tI-HGDjs

Keying of what Ryan said; the “anticipation” is the rock fighting its way out of the ground. There’s a force trying to push it…so when it breaks free, it’s because there’s nothing left to resist it. What keeps it from flying further? Maintaining the momentum of that struggle will make it feel more alive and less mechanical. Consider making it “buoyant” and feel floaty once it’s broken free.

Why is the rock a perfect sphere? If you found a boulder in the ground, would it be that perfect? Or is it compacted dirt?

What is the purpose of the particle system that is sort of clumsily puffing and cutting through the surface of your rock? Maybe the secondary effects you’re looking for are dust falling to the ground and pebbles rolling off of it?

Just some thoughts…good start!
70% of vfx is just deciding what the elements are going to be!

Hey guys thanks for the feedback! going to make some adjustments inline with it and see where i get to.

when the player is pulling the rock from the earth have some sort of anticipation there. maybe some cracks in the ground form or some pebbles form and levitate/shake. you can look at things like the earth benders from avatar for ref.

I started working on this effect before to go with this but i ended up not using it. I didnt think there were enough frames before the hands raise to be able to tell what the effect was doing or what i meant. This is what i had removed. What do you think of it?

I do agree with you on the initial anticipation, that is a big part of why i think it feels flat.

Why is the rock a perfect sphere? If you found a boulder in the ground, would it be that perfect? Or is it compacted dirt?

I guess it does look like a perfect sphere a bit doesnt it! It’s actually looks like this close up. It’s the flat shading on it that makes it look off. Ill adjust the texture im using for it 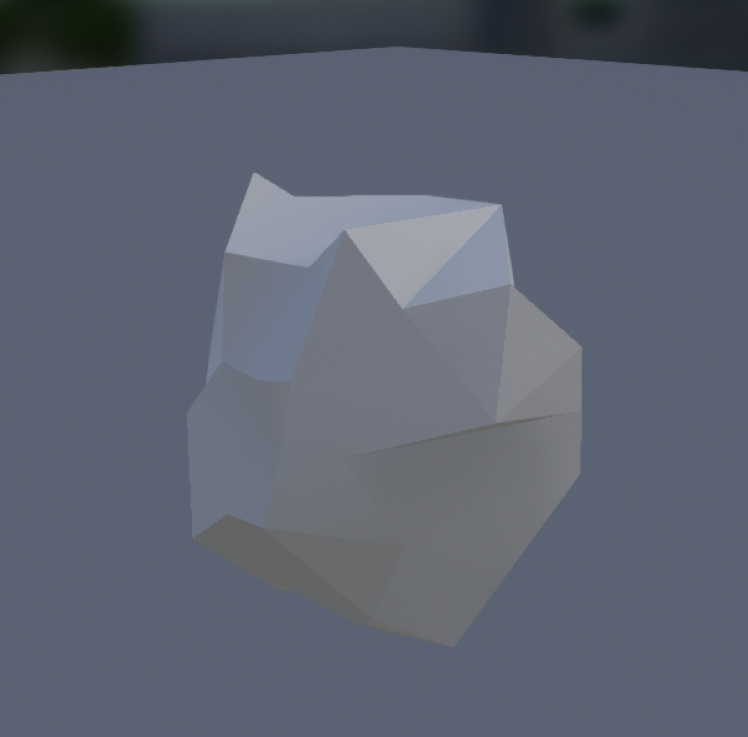 What is the purpose of the particle system that is sort of clumsily puffing and cutting through the surface of your rock? Maybe the secondary effects you’re looking for are dust falling to the ground and pebbles rolling off of it?

Thank you both for your feedback i very much appreciate it!

I think dust is a good idea…i just don’t feel like it was communicating that. So you could try thinking about why I might get the impression that it was more like smoke.

Maybe some dust should be left behind and spread out on the ground?
Find some reference of things being pulled from dried ground.
The best meditations on these things always come from looking at reference.